What is CPU Vcore & CPU Utilization

Lately I was using lots of PSU Calculators.
And as I went on the PSU Calculator of "eXtreme outer vision" I saw the CPU Vcore and the CPU Utilization bar, I did not understand any of it and now am curious what it is all about.
Since my knowledge about Hardware isn't huge I would love you to explain it to me in a simple way.

Simply put, the CPU Vcore - known as the CPU Core Voltage - is the amount of power (measured in volts) being delivered to the CPU.

This is very important to overclockers as raising the Vcore can cause stability and heat issues for the CPU - ergo greater amount of voltage increases heat output and total power draw.

There's also BCLK (Base Clock measured in Gigahertz or Megahertz) and multipliers to consider while overclocking as well. But that's getting a bit off topic. Hope this helps :)

Understood, and what about the CPU Utilization ?

It's just the amount of resources being "utilised" by the cpu at any given time. Usually measured in a percentage with 100% being at maximum load.
For example: 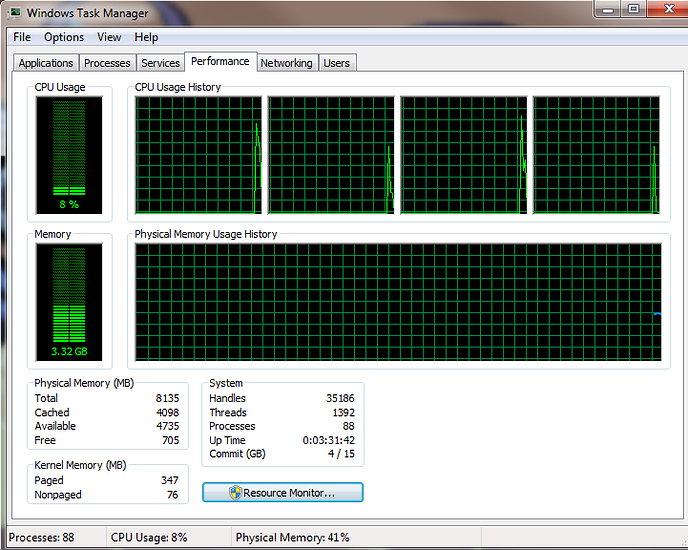 The CPU, across the 4 cores of my particular CPU is using 8% of it's total load.

Thanks a lot, simple and short.

Im also on my phone xdd

No worries, glad I could help

oh god, I know Java, R, SAS and have to learn Python and Julia in the future

Ah yes, typing on a phone is also a curse haha

I have never heard of those languages... Hm...