What is a Hacker?

Hello tek syndicate forums. I think it's time for some realtalk(tm) about hacking.

The word has been appropriated by those outside the culture. This is a fundamental problem, we see it with the word Gamer too. Those who are not familiar with the term or the culture project their own beliefs and qualities to the point that it is absolutely perverted away from its original meaning in the common lexicon. Just as when someone mentions a Gamer in the media they refer to a set of implied activities, morality and maturity the same sort of assumptions are being drawn about the word Hacker. I use Gamer, because by and large the community here are Gamers  so perhaps this will be easier understood.

We get upset when people call out Gamers as being Violent.

We get upset when people call out Gamers as being Bigoted.

We get upset when people call out Gamers as being Childish.

Gamers have to deal with this, because there are people out there who do these things and exhibit these traits. it is vocally described and it is reported on. While the gaming community understands itself, those outside it start to impose their own definition of it and it is that definition that we fight for love of our subculture. It is the same with hacking.

The history of hacking is as old as innovation itself. From the first time that someone took a look at a rock and observed that it could be used to empower a strike, there has been the hacker spirit. Hacking isn't about cracking into computers or writing viruses. Hacking isn't about petty feuds over the internet, or DOS(Denial Of Service)ing some guy out of your game. That's not hacking, not anymore anyway.

Hacking is finding out how to use something in a way not intended. It is being playfully clever. A play on words is a hack of language. Pointillism is a hack of painting. If you are genuinely curious about any subject, you have in you the makings of a hacker. All it takes is a spark of insight and an association that isn't obvious.

DOSing is a turn key operation these days. You can buy it, cheaply and easily. You can do it manually by hitting F5 quickly enough. Yet, people continue to call it a hack. Their are several hacks that can _cause_ a DOS, but the act itself isn't worthy of the distinction. For instance: you would not call someone who yells through a megaphone an electrical engineer, even though that megaphone needs electrical engineering know how to function.

Hacking isn't even a drawn out and complex security crack. Sitting down and really applying know-how to overcome obstacles can involve a lot of critical thinking and original insight, but saying that Hacking is cracking through security is like saying that Gaming is throwing all of your money into Candy Crush Saga. Yeah, it happens, and it's technically Gaming, but it's not definitive. It's not even common.

So what is a hacker?

To me, a hacker is someone who is interested in how something works. Someone who strives to push the boundaries of what is thought to be possible. You want to eek out that last 5% performance by tweaking INI files for 7 hours? Happy hacking. You figured out a way to play as Master Hand in SSBM? That's a pretty fucking epic hack.

Those people who DOS others, who use pre-packaged tools to cheat in games, who run metasploit on random hosts or even that break into high profile sites. Those aren't hackers. Those are the screaming 13 year olds who never touch anything but CoD, GTA and Halo. They haven't earned the right to be called hacker, they aren't part of my subculture and it is an insult to have it defined by them.

But these are my opinions.

I do genuinely wonder what the common opinion is on the mater. I welcome counterpoints or other bits of discussion. I wonder if my analogies and examples were effective, and if this makes the distinction clearer to people. If this makes the sort of disgust and disappointment in the appropriation and misuse of the word any more understandable.

Please share your thoughts and opinions on the mater. I welcome any dialog that brings these issues to public discussion. Education and awareness are the enemy of ignorance.

I'll throw in my 2 cents I suppose.

Broadly speaking, a hacker is anyone who makes something perform a different task than what it was designed for. It could be a computer system or a snorkel you turned into a bong, doesn't matter. The term "Hacker" came about because that person "hacks" away at something until it does what they want.  It isn't important what that thing is.

As far as an inherent curiosity or a drive to find out how something works, that's not necessary. It helps, sure. But the desire to simply modify or re-conceptualize something for a new use is enough. The guy who turns an old tube TV into an aquarium doesn't need a compulsion to figure out how that TV worked in order to be a hacker.  He just needs an idea...  and, you know, glue or something lol.

That said, the common usage for the word "hacker" today generally refers to someone who uses computers for nefarious purposes, no matter how they achieve that goal. It can refer to anything from a programmer, to a cracker to a script kiddie and almost anything in between. It's sometimes accurate, often times not, but at this point it's pretty much slang... so anything goes.

Think of it like this: Kleenex is one brand of tissue. There are many others. Yet, that doesn't stop a large part of the population from calling all tissues "a Kleenex" regardless of the brand. It's the same with the term "Hacker". It's a colloquialism now. A blanket term. There's no going back.

A person who makes something do what it wasn't exactly intended to do.

Sound like you read some RMS. for anyone else interested Google "so you want to be a hacker" Stallman was my favorite write up on the subject

just an example of hacking : I got a phone with a dead speaker, so I wired an RCA connector to it, and plugged it into my amp, so I could listen to it with my headphones. (you know, like normal people do...)
also I like to hack games that I finished (like taking a really op weapon from the last boss, or this kind of thing) or also getting access to all the database containing the name, birthday and password of all students and people working in my high-school, thanks to the admin leaving his session open, and using the default password on third - party tools. (after asking, he said he did know this, but couldn't fix it because of the hierarchy over him '-')

making cinnawaffles instead of cinnamon rolls 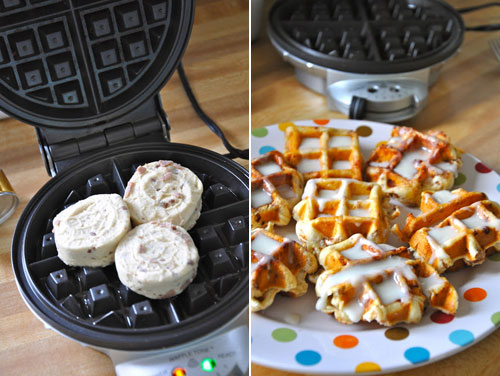