What has everyone been playing lately?

For me its been Dark Souls 2, that DLC has been a tough bastard. Can't wait for Farcry 4! 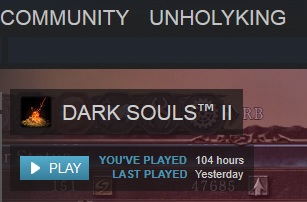 I was kind of disappointed with the Halloween sale.. I think I went too crazy in the summer sale. Killing Floor is really fun, that game deserves more attention.

How is ESO? I played when it first came out but got kinda bored. Whats the meta like?

Archeage but they just screwed over a large amount of their patrons. Trion, you fools. Need a new mmo.

Finishing a Mass Effect (1-3) with one carry through toon - for the first time. Played 1 and 2 on console when they came out. Now going through on PC.Also always picking away at:

and then my mmo of choice right now is Elder Scrolls Online.
But i still visit SWTOR and The Secret World from time to time.

I <3 the mass effect series. Cant wait for the 4th one

I enjoyed the leveling game a lot. Once I hit 50 though it became tough to play mainly due to real life and limited time. And that all the group stuff - or at least the really fun group stuff. I like raiding a lot, and it's tough for me to commit to it. But I still play it more than any of the others. I just love the controls and the combat.

I never did the patron. How is it lately?

Ive been playing Assetto Corsa. I have the itch for racing ATM. I want to get back into playing Mass Effect 3 with the multiplayer. Cannot wait for The Crew though. That game is gonna be FUNNNNNNNN

If anyone else plays ESO and is interested hit me up in game. I have a very small guild called "Eastmarch bound and Down" - yes it's a play on "East Bound and Down" the Smokey and the Bandit theme song, and The city of Eastmarch in game. I thought it was fun.

Man, the last racing game I played was Midnight Club.. I could get into a racing game really quickly.

Yeah i have several racing games i'll do every once in awhile. I have the 3 monitor surround set-up - but i only use it for racing games. all others i only use the center screen for gaming. I would love to get a wheel and pedals set-up =D.

Here, let me give you an example. Major content update. Most people locked out of the servers for about 24 hours. Refuse to roll back the servers to give everyone fair chance at the land and such. Game breaking.

well...I played in the evolve Big Alpha, and now I am playing Blazblue: Calamity Trigger, and Guns of Icarus during my scant free time during the week...

I'm playing Starbound but I haven't been playing much. Too much studying.

3089. The rogue-like has been doing well at distracting me from my exams. I also picked up a PS4 controller, so I'm having fun trying to configure that, all in the midst of not studying.