What games made you blur day and night?

After seeing the last WASD I had a nostalgia rush that made me remember several game titles that at their prime time made me play for hours and days on end. Here's a "short" list of mine.

Civilization 1. No comment, really. The addictiveness of this game is legendary. 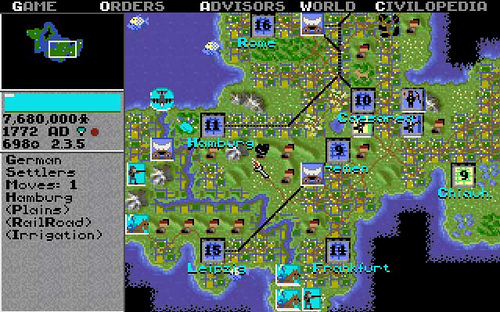 Star Control 2. There is no game to this day that can touch the gameplay of SC2. You can search the web for a remastered version of it today.

Master of Orion game is a honorable mention here. 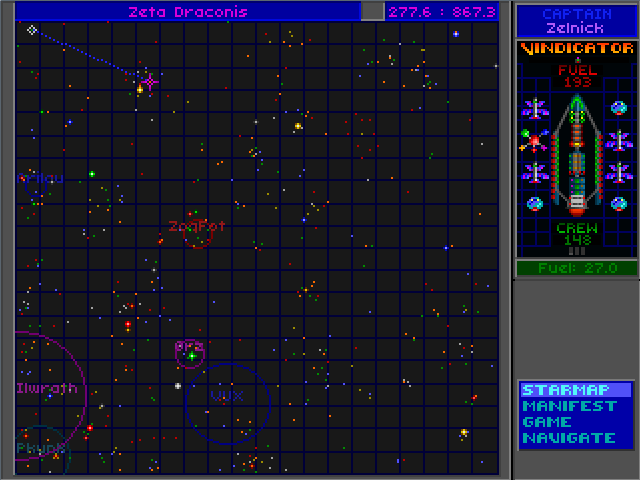 Drakan:Order of the Flame. This game can easily put today's MMOs in its pocket. The atmosphere, the challenges, the gameplay, the music - everything was spot on. Too bad it migrated on the consoles afterwards..

X-Wing. I had an audio cassette that was 60m long and I had played that very same cassette for hundreds of hours. Years after that, when I would hear some of these songs on a radio or smth, I'd instantly envision key battles from X-wing I had fought wile listening to that particular song. 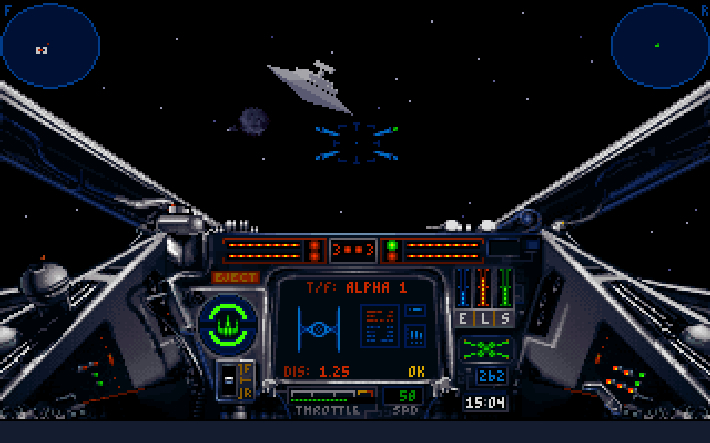 Half-Life 1 & Half-Life 1 Deathmatch. I don't know, I'd say I've played numerous multiples of 9000 hours in those two alone. Off course, then the CS came and it was all over again.

Doom multiplayer gets the honorable mention here, as this was the firs FPS multiplayer game that I've played and it also put the foundations of my networking interests that grew up so I do that for a living now. 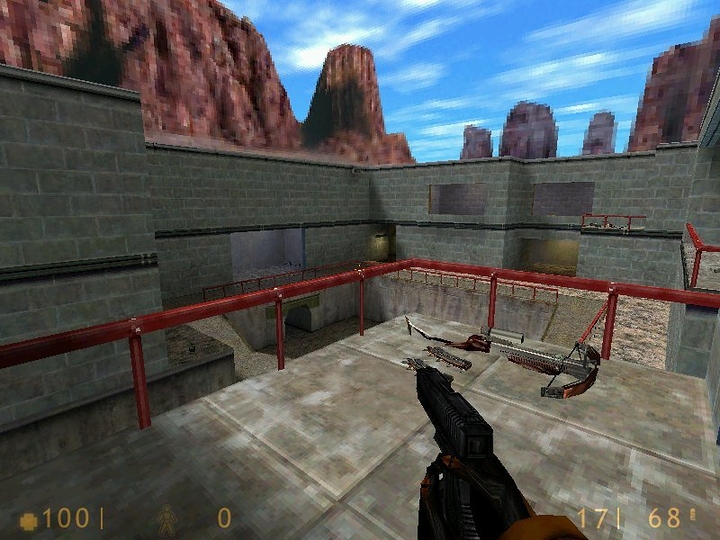 Age of Empires 1&2. Boy were these RTSs a night-killer. Especially 4x4 with 200 units armies each. These games could easily last for 8 hours a map. Yes, this can't beat Heroes 3 game-length, but the tension and joy while playing AoE has not been surpassed to this day.

Honorable mentions go to Warcraft 1,2 and 3, Starcraft 1, Dune and Red Alerts. A special shout out to game many of you may have missed - Ground Control 2. 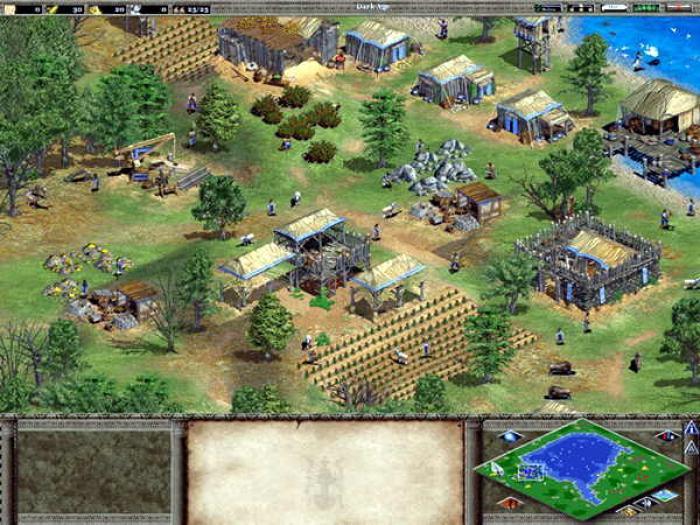 Homeworld 1 & 2. No wonder they do the remastered versions as we speak and the launch of those is near. 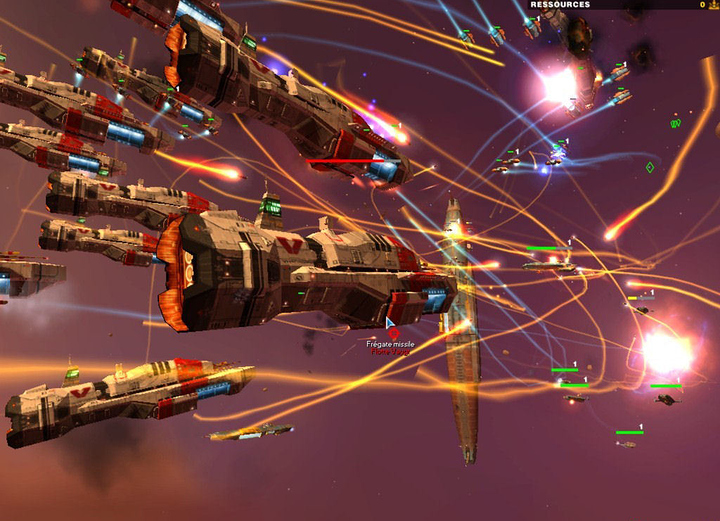 After those, for me the MMORPG era started with WoW and I miss the above-mentioned games tremendously as games like that are no longer made.

Civilzation 2, one was great 2 on the other hand was even a whole lot better.

Total Annihilation heck I once had a battle for 31 hours so yeah literally day and night :P

Quakeworld The phone bill sky rocketed with that game.

Zelda (any version) "It's dangerous to go alone! Take this". Yes I know it's console only but it too frickin good.

Yeah I like racing games, I have never gotten too deep into a game that I miss hours except with Burnout, something about it was just hypnotic. I still really enjoy it. Just soothing like putting on some old worn out shoes.

Fallout 3 (easily my favorite game of all time) easily have well over 1000 hours, I logged 600 on my Xbox 360 (DLC included) before I got a gaming pc, and more than that on a pirated copy before I bought it on steam. I do not include the 800 hours I logged in New Vegas.

Halo 3 until Halo Reach came out, then the series died for me

Runescape (literally the reason I can't play any mmorpg anymore. I instantly die inside once the grinding starts)

Ratchet and Clank (all of the ones on PS2)

I've been gaming for so long, I could go on forever but here's a quick selection.

I was about 9 or 10 at that time I used to spend my weekends playing these with my friends. We would play local multiplayer on two separate computers (the DOS version) which, to me, felt like wizardry/black magic at that time. I was so impressed and it really got me into computer games.

Joined during the alpha and played like a madman for many years. I still play it from time to time.

My favourite JRPG ever. Love everything about it. It got me hooked on JRPGs.

The best game I've played in the last couple of years. It keeps on getting better and I can't get enough of it.

Diablo II (With the expansion)

Must have all the loot.

Runescape. My brothers got me into it at a young age. My guy should probably be a much higher level for how much I played it, but eh, whatever. I started playing before they released 2.0 and had actual 3D models, whenever that was.

Star Wars Jedi Knight II: Jedi Outcast. Great game, from single player to multiplayer. This was my Half Life, since I never got around to Valve games until I was a late teen. It's my second favorite campaign I've played (though, since I played it since I've been so young, I can never remember actually finishing it...).

Age of Empires II, a classic. I always used the cobra cheats and what not - I never was a very vanilla player when I was young. Sometimes around Christmas, the males of my generation in my family will play a game or two.

Rachet and Clank. For the longest time, we didn't even have a full game - I would play the demos my brother got from the PS magazine. When I did get the game finally, I played it until I beat it and got all the things. It's still one of my favorite games and campaigns.

There were a few other games on the PS2 I have sunk a lot of time into, so I'll call them honorable mentions: Ace Combat 4, Gran Tourismo 3, Lego Star Wars series, Crash Bash, Megaman Legends 2.

Halo Reach came around about the time that I realized why Halo was as popular as it was, so I was pretty hyped. Unfortunately, I didn't have an Xbox 360, so I could only play at friends' houses, but I thought it was a ton of fun. I got the Limited Edition recently and have been playing through the campaign on Legendary. I don't care what sort of crap you want to say about the gameplay, because the game is still gorgeous, at least in theme and design, in all its peasantry. It's my sthird favorite campaign so far.

Dark Souls 2 - The constant trial and error makes time fly by. My first run took me well over 70 hours.

Fallout 3 and NV - I have many hours on the console version of these, and many more on PC. Very immersive.

Oh god this is a trip down memory lane thinking about it. The most recent was when I got mediocre at counter strike global offensive and became addicted hardcore for about 2 weeks. Before that was minecraft playing with a girl friend. Those were some good times. Too bad she turned into a bitch xD Before that was battlefield 3 playing embarrassing amounts of time getting to Level 95/100 on my OG account, and 43 on my other account. Somewhere in there were days of playing Gta V with some of my best friends and Bo2 with the same group all night and all afternoon since none of us were awake before 11. Oh do I miss those times

I've put thousands of hours into these games.

Skyrim (modded as hell of course)

The Forest (When it works)

The biggest time sink of a game I ever played was multiplayer Freelancer, I literally have logged over 4000hours on that one game.

There is only a handful of games that I've logged more than 100hours on like some of the Final Fantasies, Gran Turismo 4, Dragon Ball Z Budokai 3. But literally the only game that I've put more than 1000 hours into is Freelancer. It's the reason why I became so hyped for Star Citizen. Pity SCs combat is mindless point and click with zero technique, strategy or skill so far, hope that changes.

SC at the moment is AC-test bench. So do not be sad ;) Once you get out of the confined space of the arena map, things will quickly get strategic and skilled.

And at this very moment, Stalker Call of Pripyat

Their pretty much the only games i have put a decent amount of time & effort into.

Back in my console peasantry days, i spent a metric shit ton of time on mw2 & black ops.