What game in your steam library have you spent the most time on?

It's that time again where I get really bored and ask you guys a question, I guess 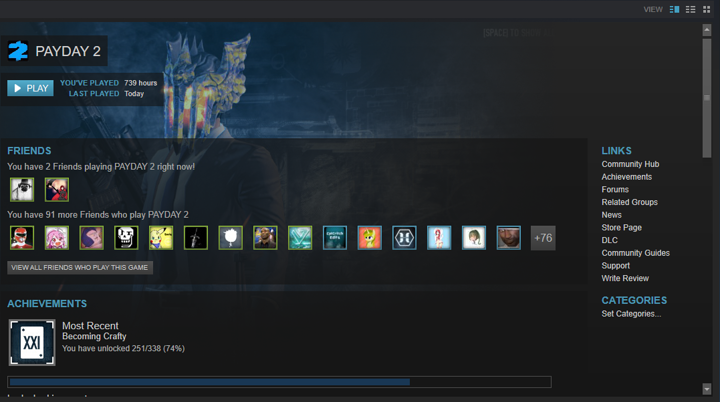 On steam that would be Dragon age Origins.

But most of my library is on GOG.com

In general most hours i have spent on Guild Wars 2

Skyrim hands down for me.

After that is Skyrim and Dragon Age: Origins at ~170 hours.

I relatively new to pc gaming master race, but GTA V is mine on 599 hours

Haven't had a Steam account that long but of the titles in the library probably played Fallout 3 for the most hours, I just finished Half-Life 2 and was surprised how quickly it finished up....but like @turin231 my all time high hourly usage is GW2 at over 3k hours and counting...lol

Don't game nearly as much as when I was a kid. 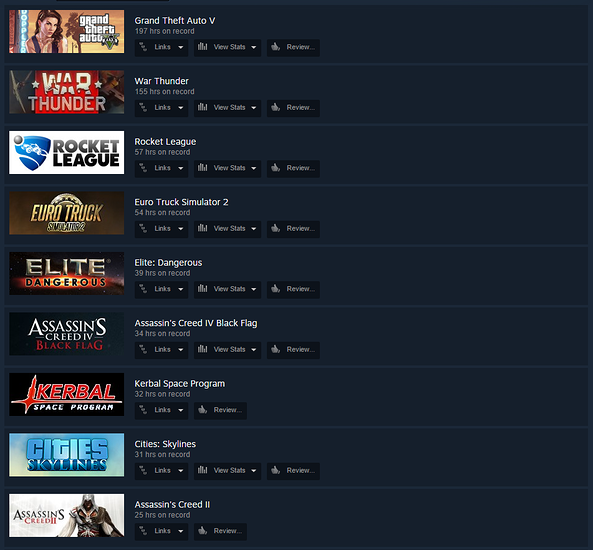 I would say you earned your stripes.

GW2 at over 3k hours

But the most played game I own is Burnout Paradise on the PS3 with over 2000 hours.

LOL...MMO's are easy to rack up the hours, the best part most of that time I wasn't AFK like a lot of folks, but I'm a goal orientated player so hang a carrot in front of my toon and I'll got for it unless it's jumping puzzles which I hate, but GW2 has had good content for a MMO, not the best but a good ROI based on the cost of the game.

would say you earned your stripes.

Thank you! can I now be classed as a member? lol

In Steam my highest is FTL: Faster Than Light at 87 hours, but I know I've got way more than that in Hearthstone. I've also sunk a lot of hours into various Xbox 360 games before I saw the light and switched to PC.

900 hours and counting on Killing Floor and around 800 on Diablo 3.