What firefox themes do you guys use?

I'm using the dev edition theme - i think it needs to be enabled via about:config
http://www.askvg.com/tip-enable-hidden-secret-dark-and-light-themes-in-mozilla-firefox/

I don't use a dark one, but I do use Arc theme, to match the Arc theme in Gnome :)

I use the default theme because I'm lazy and do not want to change the configuration of all the Firefox installs I have (like three or something).

I use a system wide theme called Arc-Darker for Gnome 3 on Antergos Linux. So, not specifically a Firefox theme, but it does change its look. 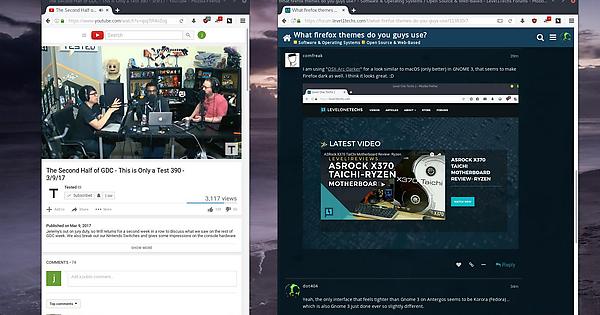 I am using "OSX-Arc-Darker" for a look similar to macOS (only better) in GNOME 3, that seems to make Firefox dark as well. I think it looks great. :D 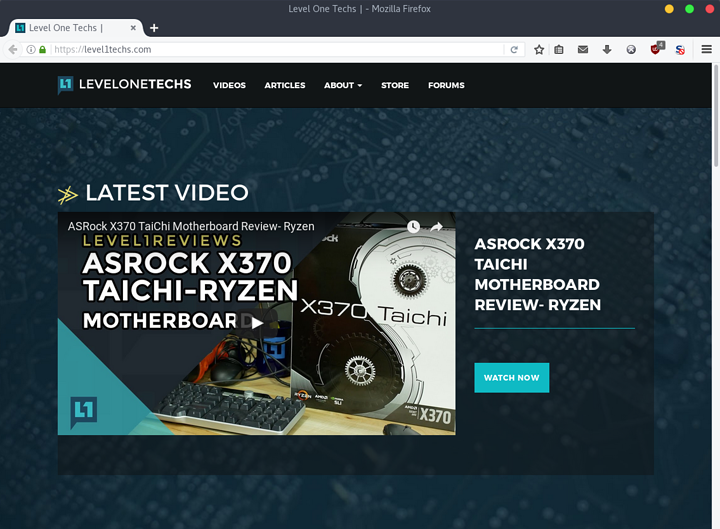 Yeah, the only interface that feels tighter than Gnome 3 on Antergos seems to be Korora (Fedora) .. which is also Gnome 3 just done ever so slightly different.

I always used the one for Tails from sonic .w.

Link was broken. I fixed my image. Hehe

I don't use Firefox and thus don't use the themes. I can't remember the last time I used Firefox. I remember when it was supposedly the safe go to browser for people and it ran fast/smoothly. That seems long ago.

There's an Arc theme made for firefox that matches the GTK theme. Definitely worth checking out. If you add the HTitle extension, it's even more slick.

Used to have NASA Night Launch, but now I'm just on default.

I use the 'dark background light text' extension & the 'dark carbon' theme.

Default. I am to lazy to change.

holy shit I use that theme too!