What do you do with Single Board comps?

I have a Ras Pi 1 and it bores me. I got it free from my college while attending and the coolest thing I could come up with was a surveillance center. But then I wired an Atom based netbook up for that, it was way better quality and 10X faster and I have done nothing with it for..... 2 years now? It had Lakka on it and played earthbound for 10 minutes.

I recently (today) found the Parallella computer though. With a Pi you have 2, maybe 4 cores depending on the model, that all pull the same power around that a pentium 3 could in an ARMv6 architecture (though I bet its better now). My Pi 1 runs linux like a turd. It runs, but about as efficiently as a cow moves in Lava. I can't really do anything I want with it so I do real computers.

However finding the Parallella today gave me more ideas than ever. If you haven't heard of it, its a machine the same size as a Pi, has a head chip with 2 ARMv9 cores and a 16 core RISC chip tied to it giving your 18 cores. A school group worked with some as an excercised and found that in doing a prime number check from 0 to 16000000 in serial (core by core) it could find all the numbers in 4 ish minutes. But all the cores working in Parallel, the process was done in about 18 seconds, with their unit. He did say speeds would vary.

Personally I would use this as a proper RISC station for RISC development. While people use Pi's for that, I would use this and not only have a number of options to build off of, but probably be able to find a wierd bit of math that really makes this thing unstoppable. Comparing my Pi to that, it'll just be some wierd Amiga thing some day and stay that way. Parallella is totally awesome, I just wish I had those ideas pop with a Pi though.

So what do you guys do?

If I'm being honest, I do use SBCs as Beefy MCUs, but i think they aren't great for most of the duct-taped together "see if it can run" rpi projects out there. hafl of which are drawn up by sbc vendors to push stock on the genpop

Torrent box + NAS/miniDLNA? I think might be useful. Also to increase performance buy those cheap little heatsinks and put it into Turbo Mode from the raspi-config menu (run it headless ofcourse). I think you can even push it farther than 900MHz. Also enable ZRAM compression to use the RAM more effectively.
I know this kind of projects are stretching a bit too much the possibilities of a Raspberry Pi 1.
Maybe you can use it like an Arduino for home automation and sensors reading (but that would require you to buy sensors and stuff).

this project encourages blind downloading of scripts from untrusted sources.

Fuck it I will delete it.

Why do I bother?

Pis everywhere.
One pi3 for controlling LED strips in a room.
One pi3 for a touch panel remote for the first pi.
One pi3 for kodi/moonlight.
One pi2 for controlling a smaller set of lights behind a display (ambilight).
One pi1 for a VPN server at mom's house for every time her email breaks (headless, the pi1b runs well).
And another pi3 for screwing around and taking on the road. Connects to home VPN or PIA for use in hotels.
Maybe a PXE server.

Shame, that seemed like it would have been a really good use for my board that is not cookie clicker.

SBCs are good for 2 things: 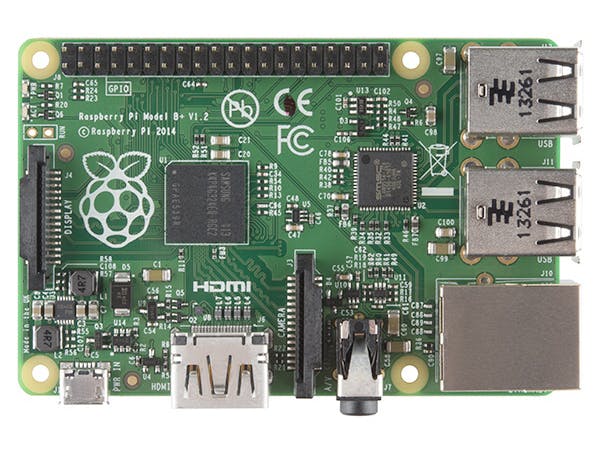 Discover projects built with Raspberry Pi 1 Model B+, and share your own!

You can do whatever you want with it. Only limit is your own brain :p

have to agree with @khaudio using it as a VPN specific thing is probably best. Since its not the best boards anymore. They do well as VPN entry/exits. I currently use mine to run python projects that are headless.

Pi2: Unifi Controller for my wireless AP
Pi1: Used to be an OpenVPN server before I switch to pfSense and I messed around with AlexaPi at one point
PiZero: Haven't had it very long but plan to do something with it soon and have some stuff ordered from China

PiZero: Still need to do more effort to buy one. Its nice thing being small and just having enough resources to be useful for almost every project.

Its only slightly more powerful than the Pi1 but the form factor is the most appealing and they are like £4 each so the price is about right to have many of them doing many things.

sadly i can't find them for that price and don't want to pay the double or triple.

yea it sucks, I suspect the reason I can get them so cheap is because the Pi foundation have a contract with Sony to manufacture Pis in Wales so UK prices are pretty good for them.

The funny thing is, you can buy a Pi Zero on Amazon in the UK for like £24 but if you go to smaller sellers you can get them for £4 each but your limited to only 1 Pi per purchase.

Adafruit has them for $5, but as @MichaelLindman said, you're limited to one per customer.

I really want to buy one, I really really want one, but I don't want to be limited to a single core, and I know that if I buy one, two months from now they'll come out with one that has a quad-core SoC.

24 is just too much. Its a PI Zero.
Should search for a cheap for one next month. Would be fun to thinker with it.