What Bugs You About Windows OS?

With the announcement that Windows will be coming out with a major release every three years (with “feature drops every few months”, it got me thinking that instead of adding new features no one wants, they should fix some of the long standing issues that bug people daily.

Here’s my take on one such feature that needs tweaking.

On multi-display systems, if I click the Start button on monitor two to open File Explorer (or browser, or utility, or whatever) , the window opens on Monitor 1, the primary. Usually Monitor 1 has a game up and running so now I have to minimize the game, move the File Explorer and maximize the game.

If I click on the Start button for Monitor 2, open the selected program on Monitor 2!

So what else should MS fix before introducing new features?

I’d just want a “core” Windows version without any “useful apps”, telemetry sh… that by default violates GDPR etc. but has all “real features” under the hood enabled (i. e. RDMA).

I know that there are mods that claim to reach such a state but Windows Updates seem to f them over.

I remember having Special Corporate Windows Images at Work. They came without anything really…but cant remember the specific name. Microsoft used to have These Editions for “proper” customers.

And these useful apps are recommended by Microsoft (along with Edge) to give you the best user experience.

An option to modularize Windows and actually uninstall (and not just delete an icon) unwanted “features” is the dream. Something like Server Manager, but for IE / Edge / Cortana… Who needs XBox apps on Enterprise OS?

Seriously though. I’d really like to get all the junk like the candy crush games stuff out of there. I don’t need your facebook or whatever app, I just want an OS without the junk like that.
Ideally without the telemetry, but I doubt we’ll get there unless the EU actually starts taking action instead of meaningless fines (which they should know by now don’t work).

How about a Useful windows store, that would have all the apps they might have released across their vast library, available for desktop and server.
Obviously paid apps would be neutered until license key, but a single repo for MS software?

I mean, I hear there is a windows store, but I have no idea if for example sysinternal suite is in there, or vscode or other stuff.

I mean, Linux server distro’s can basically be re-bloated to desktop versions…

I thought the Windows Store was just Malware

I remember opening it to get WSL. which was really rubbish at the time, and haven’t explored it since…

But MS have some Really good software. they have so much potential for good, and even to earn money doing it.

That bugged me too, I did find a fix (not for Win server though): 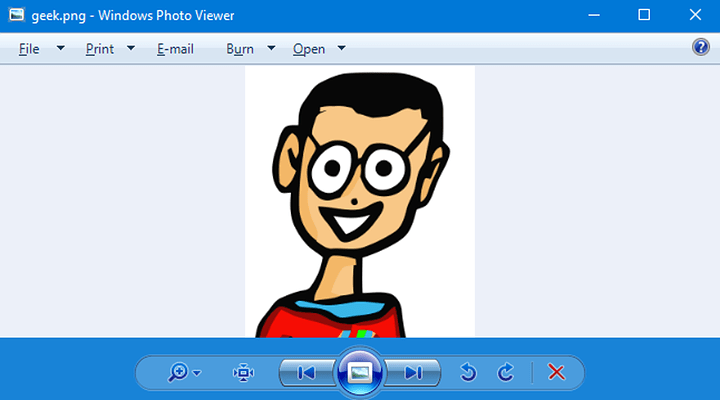 Windows 10 uses the new Photos app as your default image viewer, but many people still prefer the old Windows Photo Viewer. You can get Photo Viewer back in Windows 10, though. It’s just hidden.

I’ve got the reg file and it worked perfectly…thank god!

(tried to type on my PC keyboard while using my laptop lol) Remove the RAM hogging and CPU hogging for 0 god damn reasons. And un-mess the Defender, cuz it keeps false detecting steam games.

ALSO FIX YOUR STUPID MBR, THIS IS THE 3RD TIME IT CORRUPTED FOR NO REASON D8< I swapped to linux since the 3rd time cuz my gpu drivers shot itself back to void and I couldn’t care less.

Seriously, from my perspective and use case Microsoft Bonzi Buddy OS is a total amateur mess.

Oh how could I forget:

Our Work computers get adverts in the Lock Screen. It is pretty bad for a paid product.

But, can’t stick with a less-and-less secure platform that isn’t getting updates. And no-one has time for Linux in the work space…

I don’t know what I’m doing right (or wrong), but I’ve never seen any adverts using Win10? Haven’t done a debloatware thing, just tidy up the start menu. I do have the Pro version, if that makes a difference? I don’t get constant demands to use Edge either, may be when a big update happens but that’s about it.

but I’ve never seen any adverts

The best ads are the ones which are subtle and blend into the environment. So users like you don’t feel uncomfortable. Marketing and advertising is mostly about psychology

Ah, naughty. I’m going to see if I can find any now, the hunt is on!

I haven’t really used windows since XP, but here’s the things that annoy me when I have to give support to someone.

Maybe most annoying on top what is already written in the tread above:
-The ability from MS to create new proprietary things and then call them “standards”

What bugs me the most of Windows OS?

Well that it´s not Windows Seven anymore.
Because 7 is a nice number that…

after using linux for a while… not a lot.
sure i aint a fan of the telemetry or the lets give you this even though you didnt want it, downloads.
point and click with gui’s for everything is just so much easier than trying to decipher top or htop.

no having to sudo a simple delete folder and contents along with subtree’s
yeah thats just better.

that out the way…
the driver support is hit and miss for things like windows 7 certified webcams.
with the only thing stopping them being installed is added certification.
basically the driver still works as does the cam but win 10 wont install the driver because the manufacturer wont update the signing requirements after microsoft changed them.

the group policy editor needs integrating with the accounts manager.

servers and listeners for things like rdp and smb should be off by default…
there shouldn’t be anything connecting to the web i do not sanction, control or start myself.

windows file system… doesnt really allow for reading external disk formats.
(back in the day you could stick a dos disk into an amiga and read it, but you couldnt stick an amiga disk into a dos machine and do the same). i would like that to change.

windows does its level best to lock you out of the stack.
its my computer, if i want to hack it, i should be able to.
its how gates got rich, but ever since, he and his company have been doing there level best to make sure you cant do that.

yeah there’s plenty of other reasons like keylogging searches, resetting of privacy choices and ongoing privacy violations…
but its still easier to use than linux for joe public and until that changes.
windows will keep getting more bloat and invasive.
simply because it has no real competition in linux and the law hasn’t caught up.