What are you Growing (Plants, Garden, Farm)

What are you growing?

How long does that take to be ready to eat? Or is it just a flowing plant?

I'll have to post something here later then I get home and get some pictures.

The only thing I've managed to grow that doesn't just give up after a few days with me is a Dieffenbachia (no idea which exact species).

The oiriginal plant is like 12 years old now and in my mothers living room. I asked her to give me an offshoot so I could have it in my apartment too. The first offshoot died (well... kinda, not really) due to a mishap while transporting it (it didn't really die, it just had only one leaf for like 2 years, and when we took it out of the planter we realised it didn't even have roots anymore... so yeah), but the second is growing strong

My mother even managed to get it to bloom once (I didn't even know they did that).

My parents are in charge of the house flora. I never really cared much about the inedible carbon sinks until around a year ago. This one's new and slowly becoming my favorite (old photo): 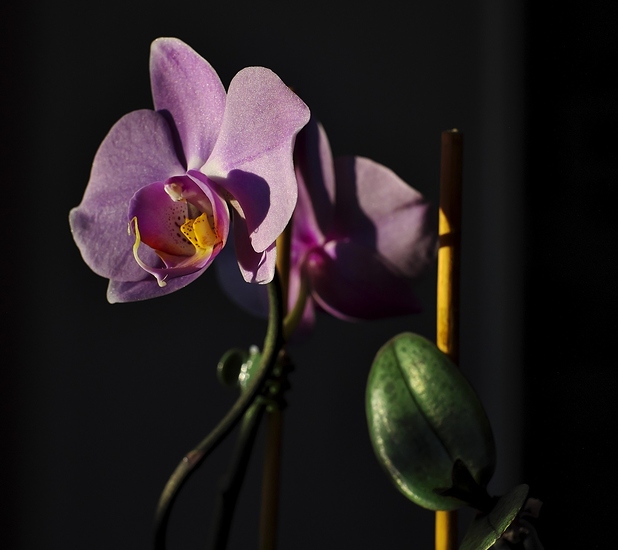 This orchid is by far the most 'unconventional' plant in our house. It requires a weird substrate to grow in, has a specific watering schedule (requires a lot of oxygen for most of the week, and then a several hour drenching session) and blooms twice a year in these house conditions, it seems.

I let the garden go because I am working on setting up something larger on my property, vs sinking more money into a place I don't own. I do have a bunch of sweet potatos that spread on their own and refuse to die. Regular orange Beauregard, white O'Henry, and purple skin Japanese varieties. The O'Henry is really sweet, which makes it a bigger target for white grubs. The others don't get hit as bad and I usually get a bunch of food out of it for only a bit of effort.

I do have a bunch of fruit trees that are doing alright. Pomegranates have given fruit in the past and the big Mulberry out front just had stupid amounts of berries. I have lots of little Fig and Loquat trees, but they are too small to produce fruit.

I actually get a lot more veggies in the winter than the summer. It just isn't worth it to fight the Florida summer sun for lots of things. I had lots of watermelons last year which was my best summer crop. I'm hoping to rely more on perennials for summer fruits and veggies in the future.

I swore we had this sort of picture mega thread about about gardens, I tried searching for it at the end of winter but couldn't find it.

Right now, I am trying to revive a stinging nettle plant that i was growing last year. That thing grew about a foot every month and was about four and a half feet tall, before my aunt thought it was a weed and ripped it about 6 inches above the dirt.

I'm starting to like Japanese plants and trees. I would love to get my hands on some of that stuff to impress my neighbor. She's hot.

Here's a picture of the flowery/shrubbery garden. Everything is a bit late to start this year since the weather was being annoying, but it's starting to grow in. 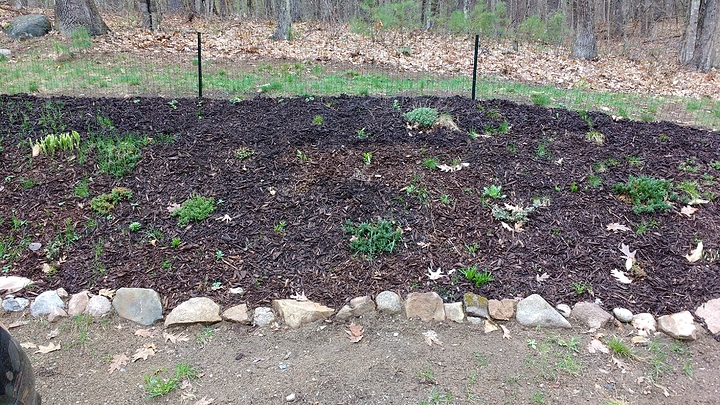 Vegetable garden is elsewhere and the wild stuff is just that, wild.

Right now, I am trying to revive a stinging nettle plant that i was growing last year.

I've never eaten that before.

I've never eaten nettles before either....

I was thinking about getting the following ( as seeds, because getting the plants are expensive ):

A Prunus speciosa cherry blossom tree. ( If I can find the seeds for one.... The Yoshino tree is a hybrid of this tree and is more popular. Lots of seeds are on the net for that tree. Not a lot of seeds for a Prunus speciosa tree. And seeds that I do find have negative reviews...) 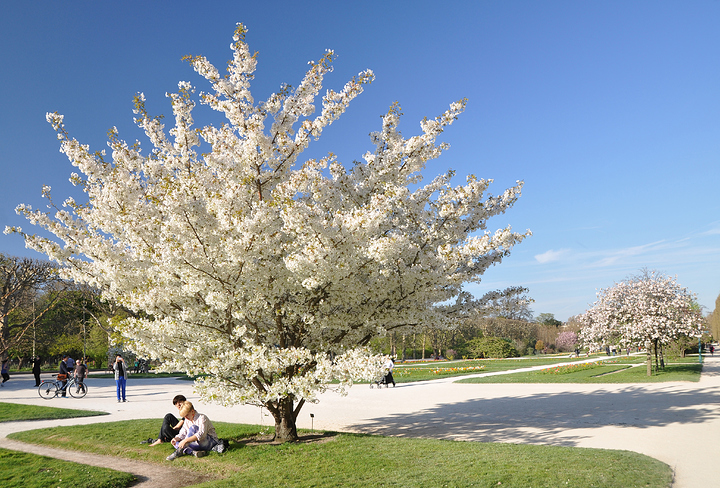 Orostachys malacophylla (Green Duncecap) : (syn: Sedum malacophyllum) If you like sedums and hens and chicks, then you'll love their cousin, Orostachys. The easy-to-grow 2 It's like spinach except it's a bit drier, but very tasty in a pie and it's basically a weed, grows everywhere... packed with iron.

They can also be used to make a very potent pesticide when left to sit in water along with garlic and some other ingredients. The water starts stinking like hell after a while. The level of stench is directly proportional to its potency, lol.

I have a small greenhouse because the soil here is not good for growing things other than potato!

I just started planting a few days ago, habaneros, tomatoes, various herbs, and raspberries. I can sell them to other people in my community, and I keep some for myself. I will post pictures when they start growing a little.

I am growing bonsai trees : )

They don’t take up much room, and are actually pretty low maintenance once you get them going.

I kind of have a relationship with them.

I just got in a sargant crabapple, a dogwood, and a hawthorne xD xD xD

So that’s 3 new pet’s in my little collection if everything goes right.

This is my cactus, I’ve had it for 6,5 years now, it started out the size of an orange.
I’ve given it new soil once about 3 years ago, although it might be time to change it again. 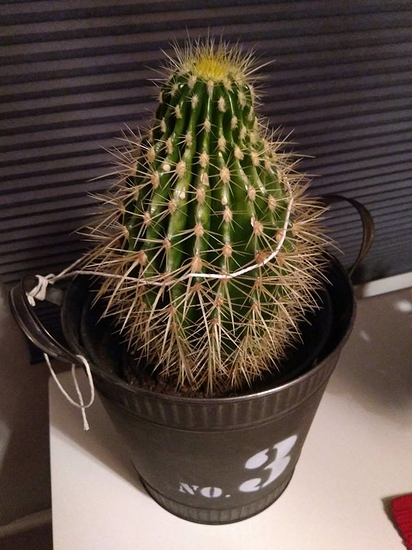 Very pretty. What is it?

Mother-in-law’s cushion.
I might try to grow a bonsai tree, they look pretty cool.