What are good resources to learn linux on?

Hello, all!
I’m trying to learn Linux, with my main interests/use cases being virtualization and heavy lifting.
I’m already quite familiar with Win7 and Win10 and looking to expand my horizon into the enterprise Linux scene.

With that said, what are some good resources to learn how everything works and where things are?
Also, what would be a good Distro to use, given my particular use case?

Linux academy. You pay but if you want to learn professional linux its one of the better.

That’s awesome, (definitely a consideration) but how about a low cost/free alternative?

Hate to be picky, but free is good.

The best way to learn linux is to just run in and see what catches fire.

You might want to check out the #ult series by @Dje4321 on the forum. It goes into various topics from the Linux filesystem to user and group management.

Some other good places are:

Thanks! I’ll definitely check those out.

Yeah this is a good one. I have managed to get a license through my workplace, I’m currently on the Linux Essentials part and it is very detailed and informative. I have had a go at the Introductory lessons on Linux Foundation, they were also good.

I’m completely serious by the way. The best way to learn linux. Go on distrowatch, hit the random distribution button 7 times. If you land on a normal desktop OS learn absolutely everything you can about it. Read the documentation, listen to podcasts, go absolutely ham on it. After about a year on one specific system, jump off and look for what you like. Its called distrohopping. Just go absolutely nuts with it. Get lost in it. When you find what you like you will be very happy.

If I remember correctly, there was a series of posts for Linux beginner by @Zoltan called ZWOS ( probably) which were pretty good .

Well the references given already are great but I would like to share a personal method. Use an old machine or get one of those old i3’s with the virtualization extensions for cheap. Pick a problem you have ( mine was folder syncing ) and youtube it and follow along. I started this way with server distros mostly because my own needs. The main thing is time under tension. Its just like working out over time it gets easier and more familiar.
Ubuntu is the big boy on the block. But Debian is next and honestly Debian is great it runs on alot of architectures like PPC out of the box if that is important to you. Lastly Fedora never forget Fedora.

Just getting Fedora, Ubuntu, or Arch and just setting things up could work depending on how inclined you are towards os internals and/or programming…

With Windows it’s all traditionally wrapped and sugar coated in consoles and utilities and sugar water products, for example, you don’t really really hear about hyper-v installing drivers under the hood, heck even official MCSE has screenshots of UIs. With Linux it’s more down to earth and basic, which many admins and programers ultimately feel more comfortable with, but it might take you some time to get a hang of everything. 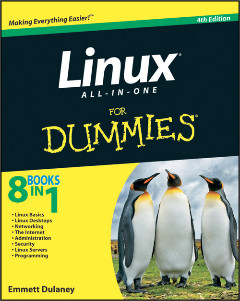 When I get home I would be happy to compile a list of ebooks I have collected over the years. For now though I will join others in recommending Linux Academy.

When I get home I would be happy to compile a list of ebooks I have collected over the years. For now though I will join others in recommending Linux Academy.

Do you have any sysadmin book you can share? I’ve been looking into starting a career as one

For me, and I am probably not a good example- establish a career goal (if its applicable) and make problems.
Example: Want to work in enterprise, don’t want to pay for RHEL, get CentOS. Then part two- you installed it, its booted up just sitting there staring at you- now make problems. I made a CentOS headless my Plex server, had to go into fstab to mount the NAS CIF- had to install a CIF package for that to work, made another CentOS a Splunk server- basically force yourself to ‘dig into’ things.

Now to don more flame shielding- I have the Linux+ book (most current one I think) and its not bad at all. Its a great way to start at zero and start getting a good overview of ‘under the hood’ and what your reading is contributing to passing the test- if again there is a career goal mixed into this. Not that it carries a lot of weight like some RHEL certs, but gotta start somewhere…

Not as much to offer as I originally thought. In no particular order:

I have many more books, but they are more akin to data science and programming.

For real though, Linux Academy is the shit. Go there and check it out.

It also wouldn’t hurt getting your listen on with some Linux centered podcasts. In this arena I would start with most stuff from Jupiter Broadcasting.

Don’t be scared to dive straight in and become confused. You’ll learn heaps from trying to make sense of it all from the ins and outs to the hip and hop.
Welcome the mistakes and learn from them. I’ve made plenty and will continue to make them. No one is perfect.

Tailor your learning style to suit your needs first and foremost. Books, whether in paperback or digital, are an excellent resource, but so are places such as YouTube and Lynda. Everyone learns differently including speeds.

Most importantly, don’t be afraid to ask questions. I’ve seen plenty of people give up entirely on new subjects because they didn’t want to seem “too new” or not know what they’re doing.

Check out an app called Enki. It’s a app that gives you small daily topics every day, and linux is one of them. The app is also free of charge, and has content from a complete beginner to a advanced Linux user.

For hands on practice at CLI / terminal commands