This is where I fall flat. I have no idea how to supply the auxiliary power to the GPU. Would a new power supply need to be bought or will I be able to use my current one with some adapters. Please halp

You can get molex to 6 pin adapters (8 pin or 6 pin?) but one thing to think about is as psu's age they're not able to reliably supply as much power. So if it was barely able to supply enough power before it may no longer be able to.

The PSU is fairly new (1 year old) and I've never tested the wattage but I did some calculations and it hit 500 exactly.

I heard that molex to X pin adapters shouldn't be used. 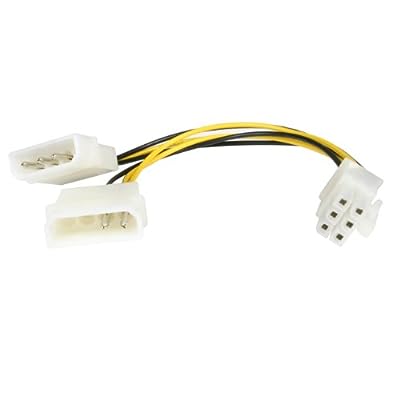 _(ツ)_/¯ Idk they always seem to include them with video cards. In fact the 390 will probably come with one.

You might want to just upgrade though. I think rule of thumb is 30% more than the systems minimum requirement. So if your right on the edge you will probably not get full performance out of the card and if the psu has degraded at all you will probably have instability.

I should upgrade but mine has 2 8 Pins as far as I can tell.

Also what PSU would you recommend for 550+

You should upgrade that PSU stat since is a no name brand and they are usually crap. I would reccomend a EVGA Seasonic Antec and Corsair to an extent.

Yes you need to buy a new PSU

Can you give me a more fine-tuned recommendation

give a budget and i'll reccomend the best i can for that budget.

Get PSU that is brands that I listed:
Corsair
EVGA
Seasonic
Antec

If you want cheap and good PSU look at EVGA

Budget is as low as you can go and I have no idea what to look for in a PSU. Hence why giving me a brand is not going to help.

Get the EVGA 600B I thinks its the cheapest and good PSU you can ger .

I'm already $50 over budget. This is gonna hurt.

You should look at the specs. It will say under power connector what it has. Gpu is usually 6 pin but some have 6 and 8 pin.

600b is the lowest i'd go for that card... it'll hurt alot less than your pc exploding in a ball of fire and putting you in the hospital. Psu's are kind of important. Its pretty much the only component where if it fails it can fry your whole system. The cheap off brand psu's are not known for being reliable.

Anybody remember when Logan killed two brand new ssds because the power connector on his modular power supply wasn't pushed in all the way.

I can't afford it. Might have to sell my old GPU but I was trying to get this setup before fallout 4