Here is a picture of what my monitor looks like when the issue occurs: 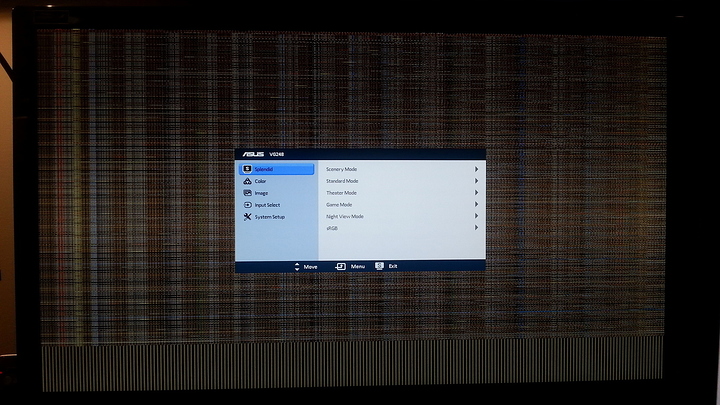 I have had this issue three times over the last two times. Every time it happened while chrome was open. I already updated my gpu drivers and turned off gpu acceleration in chrome. I have been playing lots of the witcher 2 and did not have this issue while in game, so it does not seem to be due to high temps.

Suspected culprits:
-Main monitor, the ASUS VG248qe which is known to have problems (My first one was bad and had half the panel in white and black horizontal lines, I rma'd it)
-GPU, a Sapphire r9 280x toxic (No overclock, first one also rma'd, this is my second)
-Windows 10

What it is not:
-Displayport cable (Also happens over HDMI)

What I plan to try next:
-When the issue occurs, plug it in via hdmi to my xbox and see if the issue still occurs

PLEASE HELP, any thoughts you have please leave them below. My monitor and gpu should still be under warranty, I just have to know which it is.