So i've got an XFX R7870 Ghost, however mine looks different when I typed the same model into Google Images. 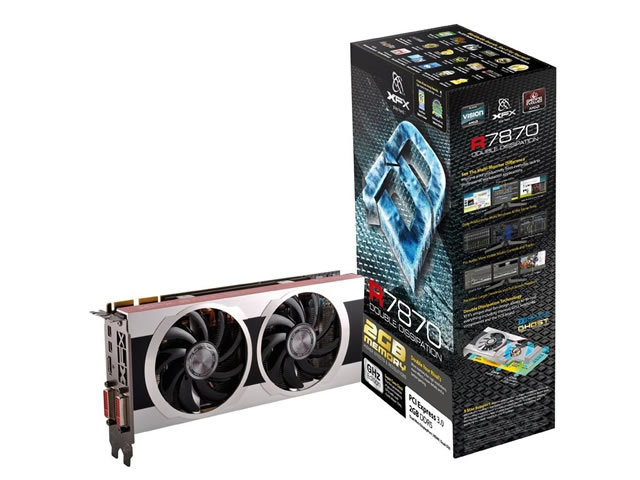 The one I see everyone have:

Could someone help me out?

XFX Looks like they updated the cooler somewhere along the line.

hmm, the picture on top (maybe you can confirm if you're has this aswell) has 2 crossfire fingers, but a 7870 can only support 2 way crossfire

also i'm sure xfx makes a number of different revisions, could be just be some thing that got revised and goes by a similar/same name, their part numbers should be different

Looking at the picture it looks like there are no PCI power sockets on the card ?!?!, however mine has 1x 8pin and 1x 6pin.
Here is a picture 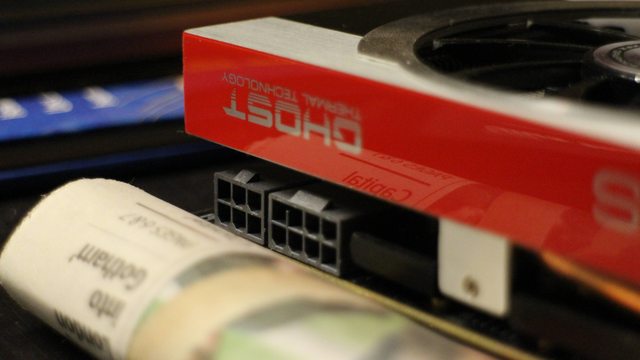 And also, only my top DVI is red (sorry for focus, if I were to put the camera further back it would have fallen off): 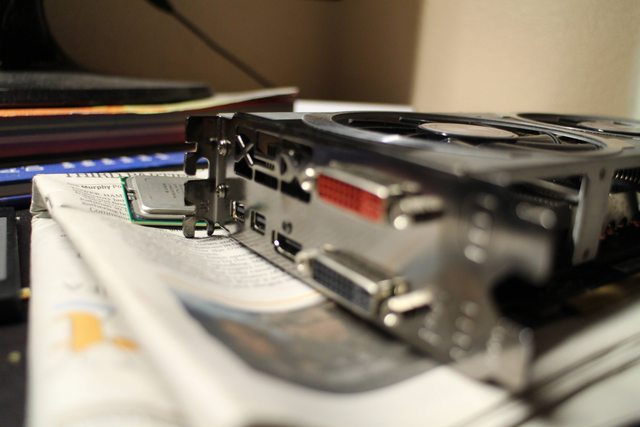 And you're right, mine only has one Crossfire slot.

EDIT: The barcode on the back mentions: FX-787A-CDF

does it really matter?

The barcode on the back mentions: FX-787A-CDF

Odd. That is the code for the double disipation cooler model. It also has the power connectors of the DD unit. However It has the black edition cooler on it...?

Anyway (if anyone looked at the link I provided in the first post) Just determine the card off of its default clock speeds.

Yes thanks, that helped a lot! My friends saw how many games looked great with that card and now he wants the same exact one, but I tell him its probably going to be similar if not same if he gets any 7870. However, I believe that if he gets one of the newer R9s it would be better for him, do you know the equivalent for the 7870?

Oh ok, thank you for that info it is much appreciated!