Do you guys think the Warcraft movie will be any good?

It's estimated to be released in about a year and a half and is being directed by the guy who made Moon (which was fantastic) and Source Code (which was very good).

Generally, video games that are transferred over to the movie medium tend to be 'sanitised' in many aspects (made more appealing for the general viewing audience, and not necessarily for the 'hard-core' Warcraft Gamers)

Why Halo has not been made into a movie is beyond me; I believe the major obstacle is Microsoft with their unwillingness to negotiate.

Halo has the propensity to be a global sensation as a cinema drawcard in a similar manner to the first Iron Man instalment.

One thing is for sure a movie like Warcraft (or even if Halo eventuates) would be an improvement on the current crop of movie remakes.

Well, there sort of is a Halo movie coming out, it's called Halo Nightfall and comes with the Master Chief Collection.

Also, if I am correct, District 9 was supposed to be a Halo movie 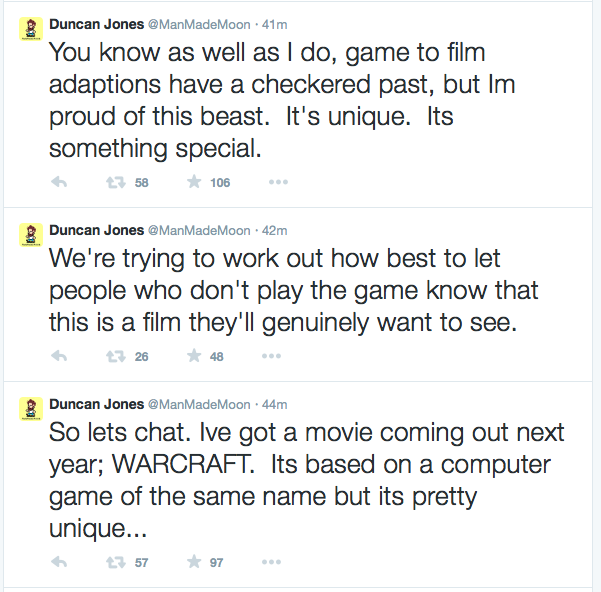 I hope its good, I really, really want it to be good.