So I’m basically asking on behalf of my daughter (who is too young to join this group but savy enough to use this kind of stuff) fora free to affordable video editing software. She wrote me a list of some of the things she wants:

. watermarking to credit the software in middle of video

. ability to export and play video

Half of this stuff is incomprehensible to me but she seems to know what she wants she loves to play with this stuff and spends hours doing it. I’ll run suggestions to her. Thanks

If you are not in a hurry, keep an eye on the humble bundle. They have fairly regularly a software bundles with Vegas and stuff like that. I got Vegas 15 for about 20€ or so.
And the good thing about Vegas is that is one time pay and use. No subscriptions.

DaVinci Resolve has worked pretty well for me. Granted, you need 16GB of RAM and at least a pretty decent CPU for it to run well.

This seems like a post production video software rather than editing. I used to use Adobe After Effects for these kinds of effects.

The old Windows Movie Maker could do this to a limited extent, but it was scrapped from Win10 last I was there

I’ve done or seen coverage of how to perform about half of the desired effects in Davinci. Admittedly, it is not user friendly as Adobe products are, but I think the Adobe versions aren’t free, right?

Its definitely not free. But it is what its for.

Kdenlive is free, and the editing experience is similar to vegas.

Can’t really comment on the effects, but if someone is starting out, anything free is better than nothing. Check this link below for more 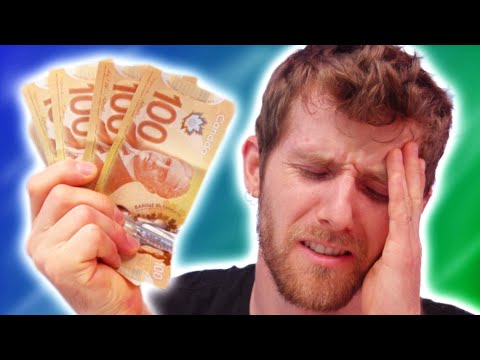 Effects can be found for relatively cheap in bundles here and there. But honestly, no transition effect would have made Rise of Skywalker a good movie. That stuff comes last. Like … dead last.

I’ll add something that has not being said: I’d suggest DaVinci too but it’s borderline frustrating to get started with it, especially if you’re programming manually animations. But once you get the hang of it with the basic functionality it’s very good and has the option to generate very quickly proxy clips if the computer she has it’s not made for video editing. With this trick I edited 4K taken from my phone, adding stabilization, with a 3630QM, a GT635M and 12GB of RAM.

On the other hand Kden Live is much more intuitive to begin with, in my opinion, but it’s not as powerful or GPU accelerated as DaVinci.

Both of those software never crashed on me. So I’d say that those are your best options, and they happen to be completly free.

I thank you all for your generous replies and timely responses. She will be looking into these suggestions and is writing them down right now. Now that I think about it I should have been more specific when I mentioned the word “affordable”. Well, free is usually affordable. Of course, “free” is not usually free anyway but it certainly can be affordable. The two she seems the most interested in are Kden Live and DaVinci. She’s currently saving her rubles for a drawing pad. She has just informed me that Kden live can used with Linux and is quite pleased with this. Either way she has a triple boot PC (built by Dad) and is accustomed to using multiple operating systems. Now she has told me that DaVinci can also work on Linux. This pleases her immensely as she tends to switch back and forth between operating systems. Me? I just build the PCs I am from another time. But my daughters are geeks and gamers and I have three of them. Yesterday they had me setting up a server. Who knows what today will bring? Thanks again everyone. I knew I came to the right place!

If you are going to find a free video editing software, I think you can take TunesKit AceMovi a try.
I use it for a long time and it helps me a lot to edit videos. You can use it to add glitch filter and some awesome sound effects. You can free to use it can hope that this post can help you.
Yours Sebastian

I have had good results with kden live as well. I would say it’s the best free option besides davinchi resole, but that takes a better machine than I have at the time.

I’m guessing those girls she’s trying to do similar edits as are using some sort of very simple software that runs on Mac os or even an iPhone app.

And those apps are likely designed for kids doing posts to social media. These people aren’t really the kind of people that are into that sort of thing, you’d sooner find someone that could produce a movie here than produce for social media like these kids do these days.

I’m guessing those girls she’s trying to do similar edits as are using some sort of very simple software that runs on Mac os or even an iPhone app.

And those apps are likely designed for kids doing posts to social media. These people aren’t really the kind of people that are into that sort of thing, you’d sooner find someone that could produce a movie here than produce for social media like these kids do these days.

Thanks. She’s a little retro for her age group. Actually, the whole family is. We don’t even do WiFi as a rule and we don’t do television. The 14 year old plays with Python on an x58 platform, the 12 year old is the video/editing/content creator and the 10 year old is a gamer who likes to build PCs with Dad. All girls, all my daughters, a brunette, a blonde, and a ginger. What can I say? I’m the guy who builds the PCs and keeps them running. More of a hardware guy than a software junkie.