Ok, I recently was wondering where my Home directory was being stored. After I checked I realized it was stored on a separate partition.

That's fine. That doesn't bother me. What bothers me is this picture. On the left, is the drives and the partitions Windows 10 found when looking in Disk Management. On the right is what Parted in the Terminal sees.

Number one, why are the drive values so off? Hell, even in Ubuntu's own file browser the values of the drives are off by 10GB. What gives? Also notice thatthe partition that is 346GB is listed TWICE. Why? I'm confused beyond reason. 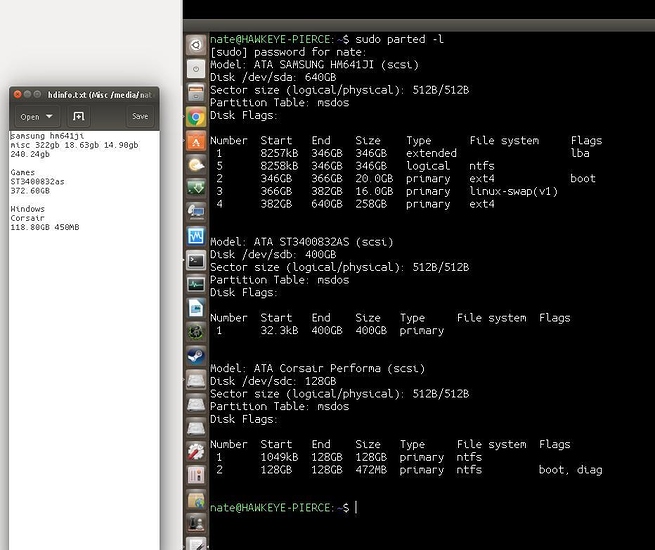 For the partition listed twice, it's actually two separate partitions... One's just nested in the other, hence the "extended" vs. "logical". (The extended partition is probably an LVM partition which manages partitions inside of it, which would explain why Windows would only see the outside one.)

As for the discrepancy in the values, it's likely due to the difference between Gibibytes and Gigabytes. I don't feel like doing math to figure it out.

As Joel mentioned, the size difference is the difference between Gibibytes and Gigabytes.

A Gibibyte is actually 1024^3 which is a lot more than a billion bytes.

Windows uses Gibibytes but lists them as GB. The correct abbreviation for Gibibytes is GiB.

You can chock that up to Windows being Windows (i.e. confusing, non-sensical, etc.).

But how do you explain the file browser in Ubuntu being just as off on partition size as Windows?

Each drive that shows up in Ubuntu file browser is 10 to 15 GB off from the sizes shown in Parted?

It's hard to tell without some numbers. I guess it also uses GiB instead of GB.

Everything looks consistent. Dunno the numbers that Ubuntu reports so can't say what sort of error Canonical has.

You can change the unit in parted.

It's probably defaulting to GiB.

This is weird, the amounts suddenly have changed, and now I can't access the Corsair drive. It's my Windows drive. But it says: Unable to access ''Windows" No object for D-Bus interface. 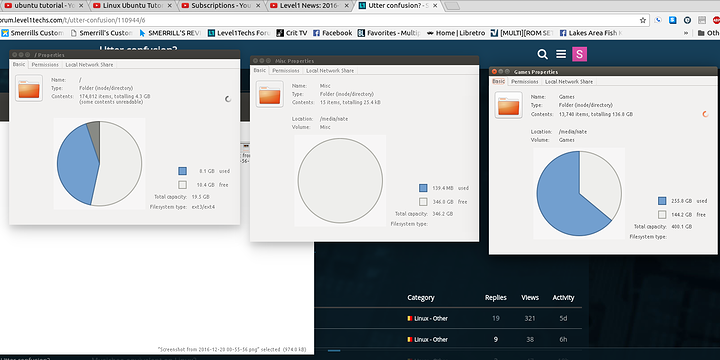 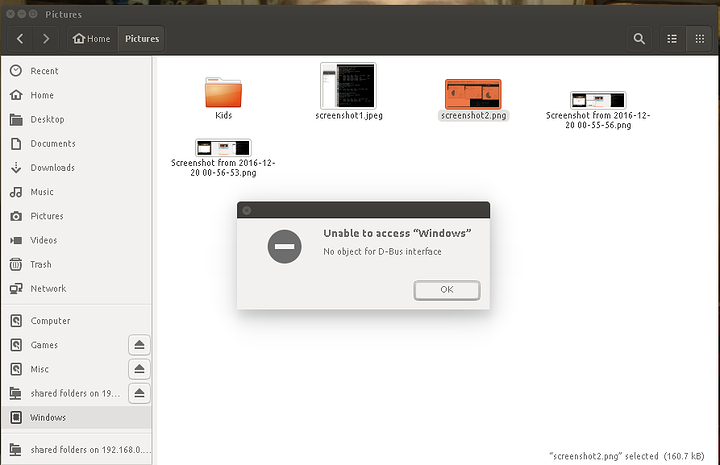 Well the numbers it reports now are fairly accurate, to within ~0.5 GB. As for the error mounting the Windows partition, Windows tends to be very iffy when being accessed from the outside, specifically when being mounted. Basically, if you shutdown rather than reboot it will write a hibernation file so it can take a shortcut when it turns back on. That also means it can't be accessed from the outside without likely screwing up the Windows system.

I always restart to get back into Linux. Should I not be doing that?

From Windows? That's good, that's what you should be doing. I'm not too sure about the error in that case. You could try rebooting into Windows and restarting back into Linux again just to see if it goes away.

As long as it's still visible at the very least it should be fine.