USB 2 vs USB 3 vs eSATA vs internal hot swap

I recently did a massive redundant backup to a bunch of old bare drives. I have a cheapo hot-swap bay I found at Microcenter, but it is a pain in the ass. The plastic back plane and the handle broke on day-2 so I have to open the case and plug it in by hand and pull the drives out with pliers. It's not really a hot-swap anymore, just an external drive bay.

I also have a drive dock that supports eSATA in addition to USB. I assumed it was USB 2, but I used a USB 3 port anyway. Yesterday I found my old eSATA slot cover+cable and installed it but it was acting strange. One of the drives worked fine with USB but failed to work with eSATA. So I tested and the results surprised me. For backup purposes Sequential Q32T1 Write speed is my main focus, but it doesn't really matter.

eSATA is not working. I thought it was essentially a SATA extension cord so I wouldn't have to reach inside my case to hook up the hot-swap. I thought I would get similar results as the hot-swap. Why does that one drive (500GB Seagate Barracuda) not like eSATA? The drive shows up, but it acts like it is indexing forever (even though I have that off) and sort of locks up my PC. Some diagnostic programs would not launch and Photoshop reported not enough memory (I have 16GB).

I have a 3TB WD red inside my PC for scheduled backups. I am going to get another one to use in a new hot-swap bay for "off-site" backup, in addition to my pile of old drives. I can't really afford enterprise gear...or can I? I just remembered a computer recycling place (Community Computer Alliance) I volunteered at, that might have one. Is this Istarusa hot-swap bay any good? It appears to be made from aluminum. 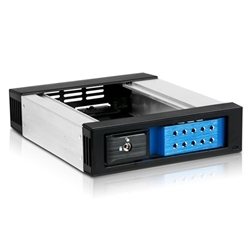 Last time I tried to "hot-swap" eSATA, I had issues, it worked better when I cold booted it with the drive already connected. Not sure if it was the device I was using or whatnot.

I tried to "hot-swap" eSATA

Thank You Mr. @DeusQain.
Hmm... As you suggested I tried rebooting with eSATA (keep in mind that SATA port has hot swap enabled and works fine with other drives) and Windows failed to boot. I got the Window logo and spinning dots, but I was able to finish breakfast before I turned it off and the login popped up. I double checked BIOS, tried a different drive and it worked. That Barracuda is bad. No problem, it works on USB, and I rarely use it to make a 3rd copy of my games. Plus I'm getting a new backup drive in addition to the WD red 3TB internal backup I use now and pile of old ones. I am bailing on eSATA.

What is your opinion on the iStarUSA bay? Do you have any experience with their products? They seem to make server cases and racks. The mfg website is giving me that warm and fuzzy feeling of serious quality. Plus it is available with a red handle :) so I don't have to paint it like the crap one I have now.
http://www.istarusa.com/istarusa/products.php?series=HDDCage&sub=SATA/%20SAS&model=BPN-DE110SS#.Vsr_JdCEyed

pic of the red hot-swap. 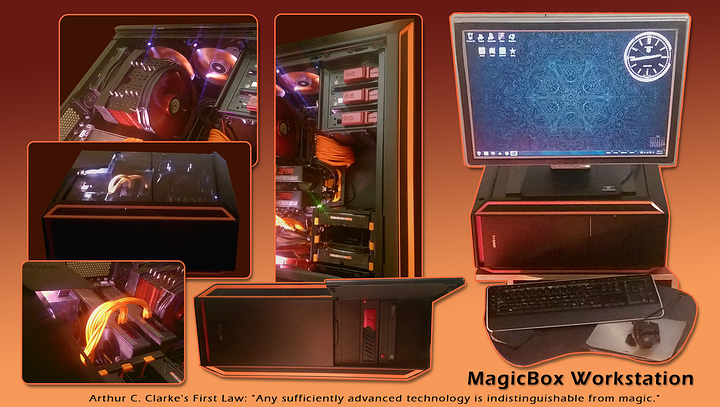 I'm very happy with the iStarUSA hot swap drive bay. First thing I did was take it apart to paint the handle. The main rails are 2 aluminum tube extrusions and the front and rear are box section plastic caps with tongues that fit into the tubes. The eject mechanism is a 1cm square plastic tube inside one of the extrusions linking front to rear with a thick plastic lever in back. There is room for a 40mm fan on the rear backplane. Very solid and strong construction. The connectivity works as expected. Even the flaky Seagate drive works Okay.