Hello guys! I am considering of upgrading my old computer and specifically choosing between the following two parts-related variations (I already own a case, disks, PSU etc):

The older one, based on the old AM3+ socket:

Intended PC usage: Software development under Linux, along with concurrent usage of vm’s. In addition, some occasional light gaming (low-settings of games such as GTA V & Witcher 3) is going to be involved.

All the above mentioned prices are indicative and are based on specific local e-shops from a Europe country that I intend buying from. So, if you have to offer anything else please do so, but take under consideration the aforementioned fact.

To add, the GT 1030 isn’t going to go very far at all. I wouldn’t pay for one; especially at that price. You can do better.

The first system looks great though.

With the money you have, I’d suggest taking a look at r/hardwareswap on Reddit if you’re okay with buying secondhand. Make sure you check their reputation though. I’ve never had a single problem there, and people generally take care of their crap unlike on eBay and FB Marketplace where people tend to not care much.

With just ~28€ difference, go for the AM4 system. More options for upgrading in the future as opposed to a “dead” platform. Not to mention the higher power consumption of the 8350.

Just make sure the APU will work with the mobo without the need of a BIOS update first. Otherwise get a B450.

The Ryzen system is worth the ~30 EUR premium. By a lot. It may be slightly worse for your light gaming scenarios but not significant enough considering the huge benefits you will get for your software development and just general use.

Either way, just make sure you got an SSD

Go for the AM4 platform every day of the week.

As above, the 2400 will destroy the FX series CPU and AM4 also has higher throughput IO options available (m.2 SSD, PCIe 3.0, USB 3.1, etc.). You also have a cheap upgrade path - to upgrade the FX platform you’ll be up for new memory, new board, etc.

On AM4 you can drop in up to 8 cores/16 threads today, and more in future.

The GT 1030 is a pointless card at the price point.

Either way, just make sure you got an SSD

In the future you will want to upgrade RAM but the Ryzen system seems like a good choice to me.

I would like to thank everyone who commented on my post, as you really helped my a lot, in order to make a decision.

So, as I 've made my decision to follow the AM4 route, by choosing 2400g, I would like to ask you your opinion on choosing the right mobo. But, in order to limit the options, due to local market availability and pricing, as I 've already mentioned in my first post, I will mention bellow which ones are available along with a price.

Appropriate reasoning behind your suggestions is much appreciated! Also, I should note that I prefer mostly ATX-based mobos

Under Linux the Ryzen APUs tend to have problems, some people with the R5 2400G may be doing fine but there isn’t a sure way of knowing that you won’t get your computer locked up and crashed. Another reason to consider the R5 2600, those CPUs are much less likely to have such problems.

Unfortunately that’s a more expensive build than either of your listed build but it’s worth it for a system that will most certainly perform better.

I’ll help you trim down really fast the list of boards…
Look at the VRMs. If the VRMs have no heatsink - remove from the list…
You do not want this: 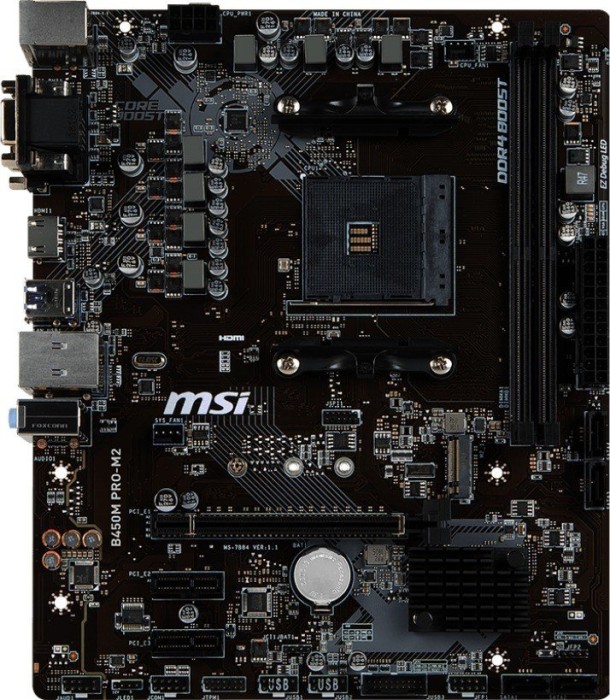 Here’s another thing…
You use an APU, so you need a heatsink on the VRMs for the iGPU as well, si you don’t want this either: 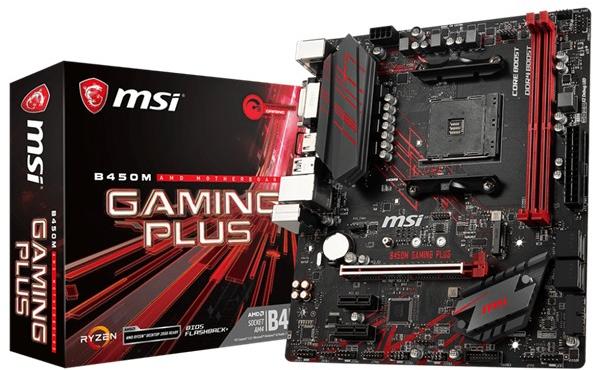 So you want something like this, that have heatsinks on both CPU and GPU parts of the VRM: 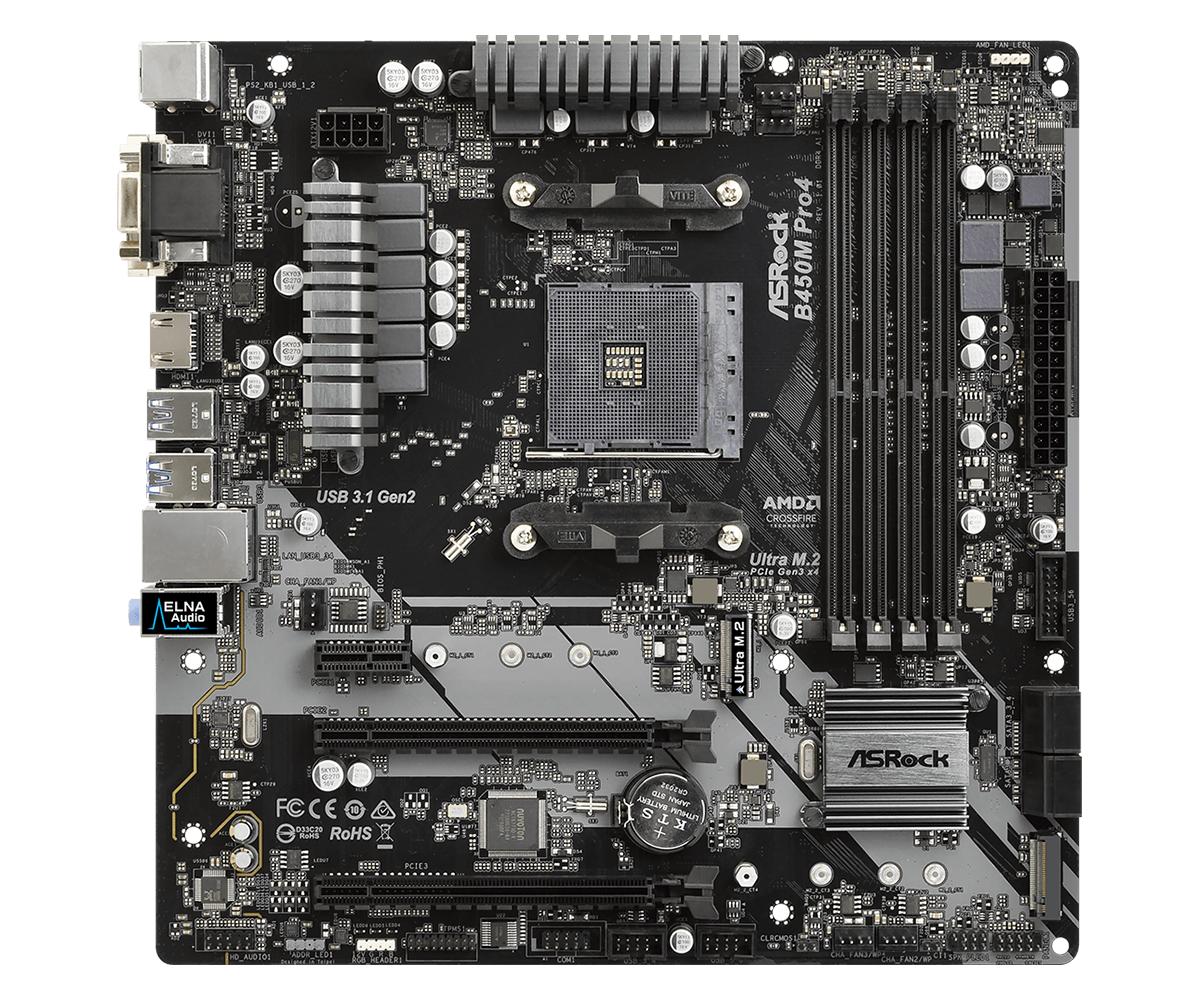 Now check your list, trim it down and come back to us with the leftover 5 or so boards…

Whichever board you get, i’d try to make sure it has an easy bios upgrade option that does not require a CPU, or ensure that you get a recent board that has a bios compatible with the 2400G, as the B350 boards have been out for a while and originally shipped before the Ryzen 2000 series CPUs did.

Asrock B450 Pro. I bought that version of the Gigabyte board, and it’s aweful. Nothing but headaches if you want to do any OCing or flash the BIOS (REQUIRES Windows 10 Bloatware to do any of those things)

Significant extra spend there though… you’re talking 1.5x for the CPU plus a 100-150 dollar GPU…

This depends on what prices his local e-shop sells them for. The 2600 and 2400g are the same price here in the US, which is why I suggested it. At that point, a 1050 Ti or RX560 would be the additional expense. Judging by his budget he’s trying to do this on the cheap, so getting a better GPU for whenever he does game may not be worth it to the OP, but the CPU cores can help his software development.

Additionally, I’ve been seeing a good amount of posts on the level1 forums of people having problems with display drivers with the Ryzen APU’s, so it may be less headache to go with the discrete GPU option as well

In Germany as roughly as well (15€ difference at the cheapest prices).

Wouldn’t the 570 be the competitor for the 1050Ti in terms of performance? Some cost the same as a 560 (as long as they’re both the 4GB variants).
Again, going with prices in Germany.

That is true but your also talking about twice the GPU performance and 1.5x as much CPU for multi-threading.

Sure, but from the sounds of the OP, GPU isn’t terribly important, and there IS a budget. Why not go for a 2700, if we’re blowing the budget? that’s got even more performance…

Given the stated primary use for the machine is development… with only “occasional, light gaming”…

For dev, more RAM or SSD storage would be of more benefit for the money (than a GPU that will be of benefit only when gaming as a secondary use), IMHO.

More RAM would be the single most important thing for running VMs, too, if we’re blowing budgets. 8 GB for VMs will be super tight. I’d go 16 GB as a minimum if possible.