Those are some high end components for what you would be using it for. I'd recommend upgrading to LGA 1151, with a lower end i5, which would still do more than what you'd need it for cheaper. Also the DDR4 RAM would provide no noticeable performance boost in comparison to DDR3, so staying with LGA 1150 will save you a couple bucks.

Also do you plan on upgrading you GPU as well? Do you play any other games or want to play any other games? The parts you get should be on par with what you would be using the computer for and knowing the games or uses for the PC would help assess what components would be appropriate for your situation.

is your GPU a 250 or higher? because if not you could spend a bit more money and just get an APU for what you do that'll run at fairly low power.

There's my suggestion, that board is alright, but this one's a bit higher end, probably the best FM2+ board around given the platform

my gpu is a 250 i think i should be ok. I could run fallout without a problem but maplestory is the only thing that lags.

i play fallout and bunch other game but it runs ok only maplestory will lag on me.

I really like the A88X chipset, the boards are killer equipped for their price.

I'd keep the 250 and give the APU a pass. You are probably replacing the 250 at some point and the premium the APU would cost over the CPU is better when put into the GPU-Upgrade trustfund.

Are you sure there isn't some problem with your internet connection or web browser?

Then something very strange is going on, maybe it's just missing some instructions to run it well.

Try tethering your smartphone. It will be interesting to see if the lag stays the same or gets worse or even improves.

whats the budget you have for an upgrade?
If you could afford an upgrade to skylake 6600k then it would be a good choice.
But your GPU also realy bags for an upgrade.

You know now that im thinking about it, seems like you dont really need the power of an intel i5. Probably in your best interest to upgrade to an x4 860k like Streeguru said

i was thinking building a new pc but limited spending on upgrade was around 300$.

ok wow maplestory lags and it points to a cpu problem. Have you checked your system for antiviruses due to high idle cpu usage, clean out your pc with compressed air yet? if those didn't fix the problem that Maplestory is still lagging on your system then upgrade my friend

ps. My friend had his laptop that should be able to run Maplestory without a problem but he had too much stuff going on in his laptop that his cpu useage is usually around 80%

pps. just looked up benchmarks and that cpu should be able to handle Maplestory with no problems.

it's fresh installed windows no problem with virus or malware.
that is what i taught the cpu is slow. handle maplestory. 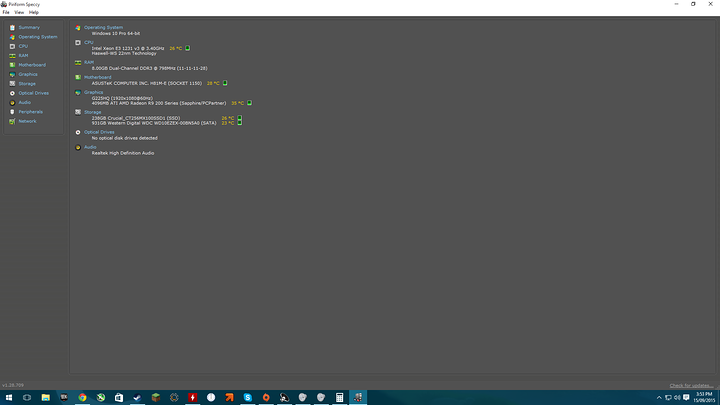