I have been thinking considering that I'm on a budget, and I want to build a pc This thought keeps on coming back, get $100 dell optiplex thats refurbished with KVM (Keyboard, Video, Mouse) then make it fart rainbows by throwing in an ssd and a video card. I want to build my own, but this seams like the way to go.

But what excatly is this pc used for? And What are the specs of the machine

What is the intended use case?

This is appeling because the machine cast as much as the windows licence, and I want to do some gaming, some stuff with linux.

I was also thinking about getting a newer one with usb 3.0.

You'd have to change CPU, depending on the socket on the motherboard, throw some more ram and a new gpu.

BINGO, that was what I am planing on doing, I heard that there are some sata 2 ssd

They are great little $100 machines for somebody's kid who wants to play Minecraft. Toss an R7 240 and 4GB of RAM into it and it's good to go. That's really the extent of that.

Sata 3 is backwards compatible with sata 2. Just grab something like a BX100/MX100 or other budget reputable drive.

the one I was looking at had a core i3, that looked good

Look for an Optiplex 980. They usually came with i5-650's in them and can almost certainly be found for around the same price. The only major drawback is that the PSU drops to 235W, however they seem more sturdy than the 745's PSU. (I've seen one fail ever, as where we had a 3x3 box full of 745/755 PSUs that had popped.)

with or with out a newer version of PCI and SATA and USB? Also are the PSU prepritary in there connectors or can you take an off the self psu and throw it in that puppy

with or with out a newer version of PCI and SATA and USB?

Still all gen 2 across the board. It does give you an extra SATA port over the 745, and a smidgen more space for the GPU.

Also are the PSU prepritary

For the SFF, very much yes. 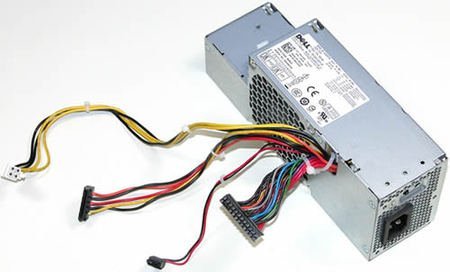 But if you go for the full-tower Optiplex 980 you can swap the PSU for any ATX standard one.

That sound the best for me.

If I remember right the 980 MT is the one with dual-PCI-E. You could potentially pull off SLI, but don't take my word on that one. Do some research before trying.

No SLI, SLI is way to expensive