I had assumed that going to 4K would be a minor upgrade and not like going from a CRT to a 24" 1080p monitor which was such a jump and then playing games in true 1080p after building a PC in college. It was glorious to behold. Playing bad Company 2 and Crysis 2 at 60Fps is amazing.

I got two extra 24" monitors after that. and I had one portrait and two landscape which helped me work as well. (I work as an Senior Android Developer).

Last week I get the 4k display and it blew my mind. The amount of workspace is staggering. Playing games at 1080p on such a large screen with out quality loss is also great. My poor Egva Superclocked 670 can run CS:GO at 4k around 90-110fps. The step from 1080p to 4K is simply amazing its just as great as SD to HD (The screen size helped as well to show off the detail), some of my next paycheck is going to 970 or a 390 to drive more games at 4k. 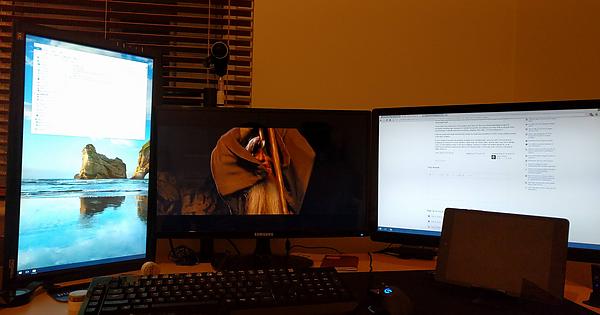 BTW I live in Ireland, the monitor cost about 550 euro with free shipping and customs was another 100.

Yes it is nice upgrade. I have the same monitor but only use one 24" side monitor.
I was allowed to order two 40" 4k displays for the development pc's on the office.
Not sure how to use them with non gaming gpu's but that is an other problem.