My old 8350 is running a bit slow and hot and now looks like a good time to upgrade to Ryzen. Looking for hardware recommendations from people more in the know.

Existing System
I have a case, psu (Corsair rm850x), and gpu (Asus Strix 970) which I will continue to use. For storage Im currently using a Sandisk Ultra II 240gb ssd, WD Blue 1TB, and a HGST 5tb. But Im thinking of replacing the HDD’s with a 3tb Barracuda and putting the 5tb in a nas but thats a bit off topic.

The Upgrade
https://pcpartpicker.com/list/tDhx29
I have chosen the 2700x because I dont plan to overclock and want to get as much longevity per dollar as possible. Please convince me that the 2600 is a better choice.
Again I chose x470 because of longevity and also because 2nd gen is usually better. Specific board recommendations welcome, see use case below. Price wise I dont have a budget but since Im not overclocking I think 150-200 is reasonable.
I have no clue about ram, recommendations very welcome.

Use Case
Mostly gaming (1440p 75hz), not streaming, my most played game at the moment is Vermintide 2. Other than that I have an Oculus and play VR games and am very interested in Linux and VFIO. I dont have a 2nd gpu other than an old nvidia 450 (I think?) which I kinda doubt will even work, but my new motherboard needs to support easy passthrough. And for VR the board should have lots of USB 3.0 bandwidth on either Intel or ASMedia controller.
I have no intention of overclocking. I plan to run with whatever out of the box OC is there and the stock cooler. But depending on the noise and heat I may even turn it down a little.

having an x470 chipset doesn’t necessarily mean better longevity. pretty much all the mobo companies think they can get away with lying about the power design and cap quality of their boards, so there are actually b450 options that might last longer and have better longevity than heavily marketed x470 boards with worse components

For ram, go with B die or AFR, best CL between 2666 and 3200 you can find that isn’t absolutely extortionate price-wise. Even then, you motherboard bios could come with garbage sub-timing straps and not run the ram to spec, but that’s just the nature of the market right now.

the 2600 on average will get up about as high as the 2700x single-core boost wise if using PBO multipliers, if not better because of the reduced heat. unless you need 8 cores for rendering or productivity, it’s probably a better value.

fermi doesn’t have UEFI GOP, you need a newer host card, like the GT 710

for more hardware nuances about VFIO check out https://www.passthroughpo.st

I have chosen the 2700x because I dont plan to overclock and want to get as much longevity per dollar as possible. Please convince me that the 2600 is a better choice.

Looking at overall system cost for the performance upgrade the 2700X is a steal.

Ideal midrange x470 board for VFIO? No need of bells and whistles, but reliability is number 1

Well, to find out what board is the most reliable would probably take a couple years. My ASRock Taichi Ultimate is rock solid so far and I have a feeling that 10Gb network is gonna become standard over the next two or three years. So, that might be a feature that actually keeps the board relevant.

RAM: Samsung B-Die 3200 CL14. I like G.Skill Trident-Z, there are cheaper options though.

also noteworthy: the power design on most midrange x470 boards is abysmal.

That Vermintide 2 has good options for CPU usage, it’ll make that 2700X reach Prime95 numbers, there will be usage

Yes, Buildzoid is currently ripping the whole industry apart for all their bullshit. Entertaining to watch though.

Oh yeah, his videos are great. I’ve been following him since the blogspot days.

This isn’t exactly a new trend on AMD boards though. FX chipset mobos would fry traces under load and some VRMs on popular Phenom chipset boards would literally catch fire.

CPU’s weren’t drawing as much power on average if you look at sandy bridge onwards, but that value is creeping back up as core counts and time between new nodes increases, and the motherboard manufacturers want to keep the same margins as they had back when everything was an ivy bridge/haswell quad core or less 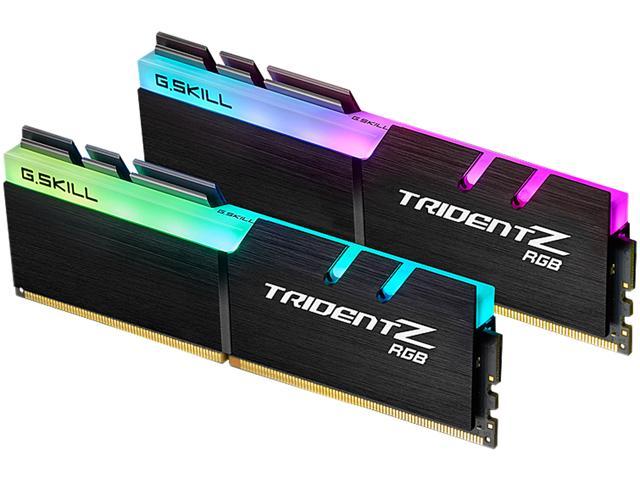 doesn’t guarantee the mobo’s subtiming straps will be compatible outside of high end x470. though

always check the dimm compat list supplied by the vendor

Im not very familiar with power design on motherboards. I read through the post on the forum here but Im not sure what to look for. Are more phases good or does the reputation of individual components used matter more? If im not overclocking and not drawing tons of power does having more phases make any difference?

Like mentioned above Ive heard that you dont want to exceed 3200, is that true? If I got a kit with a higher frequency would I run it slower and tighten the timings?

so here’s what matters:

What most reviewers do is count the number of chokes (inductors) and call it a day. This is a problem because above a certain threshold chokes are the least important part of a VRM design, and also because you can just stick more chokes than you need on the vrm frontend and fool the average reviewer.

I’d recommend watching AHOC/buildzoid for more information on the subject, as he has one of the best quality levels among tech journalists when it comes to his honesty and understanding of the subject matter, despite not even being a journalist.

here’s a quick rundown, check out the rest of his stuff for more in-depth explanations of the EE behind VRM design.

The reason people say this is because high frequency ram is usually just random highly binned chips. Might be B-die, Might be hynix MFR, etc. but the timings and command rate will be worse almost guaranteed, so you’ll get worse performance instead of just diminishing returns.

This problem is made worse because motherboard manufacturers seem not to be too bothered about adhering to AMP specs, and put seemingly random subtiming straps in their UEFI. I’d go farther than saying look for Bdie specced at 3200 or less and say stick to the listed compatible dimms for your motherboard for this reason.

If you want a decent X470 board then i can recommend the folling boards in order.

The rest of the X470 boards are a littlebit meh.

More info on X470 boards and their vrm designs.

In this topic i will post details on the vrm implementations, of the new B450 and X470 motherboards. As soon as i have the details on a said board i will post it in here. You guys can use this topic as a reference on a motherboard choice, But @wendell will probablly pop out some reviews on certain new boards soon. So if you want more details on a said board, you could either watch the review, or just ask and discuss about it. I’m not fully sure how i´m going to give a proper body to this topic yet. But we will see how it goes. Any suggestions and additions to this thread are welcome.

good list. I’d say if you don’t plan on overclocking the regular taichi is probably the best buy for you.

Friend of mine has the Aorus one, though, IDK if GB cheaped out on the copper weight or what, but it will refuse to boot or boot and randomly hang if you max out the IO lanes or fill up the pcie slots with active devices. we tested several combinations (and no, it’s not the psu hitting OCP, we tested that too)

Well that might also be an issue related to that wonky bios i mentioned.
I´m personally never really have been a big fan of Gigabyte boards in general.
And the main reason for that is their bios.
They might have improved on it allot nowdays.
But i still read about bios glitches a bugs so now and than.

could be, but we weren’t getting any error codes except for unexpected shutdown

just weird behavior in general, and it survived 2 RMAs so it can’t be a faulty board

You are probably correct about everything except that meaningless LED trash remark, but this is the only source I can find pointing that its not that Samsung B die 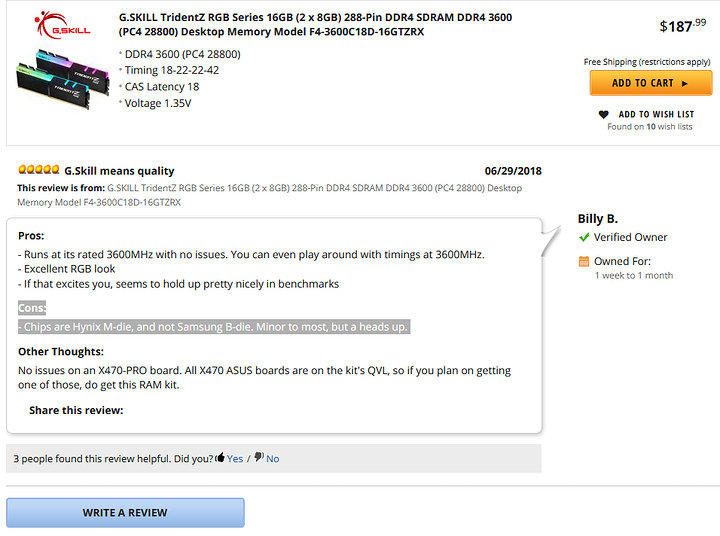 Well thanks everyone, I agree that the Taichi is the best choice and now I feel confident enough to pull the trigger.