Update from Logan Regarding the move

It's time for an update. The internet won't be turned on until Saturday. The suspense! I'm crashing in an extra bedroom now. I will get my own place when I feel like we can afford it.

Things are moving slowly, but I'm still confident this year will be our best. Q1 will be transition. The office that we got... Well, we shook on it but they have decided to take a few applications and then weigh them all. We have had to change our terms to compete. We will also be looking at more spaces. It's a bit rough because we already looked at about 20 places any only one would have been good enough for our purposes. Some of the others could have been bent to work.

As for living. Everyone has their arrangements taken care of (except me, but I don't count). Qain has gigabit for $60 per month. I'll probably crash on his floor for a while, until I can afford my own place. Hopefully the meager profits from the hardware sales will help with that.

Not being in the office has been a big setback. I think I am getting used to it though.That doesn't mean I'm getting lazy. Hell no! I'm just not getting as stressed.

We are supposed to shoot a slew of videos next week. So, we have to figure that out. They might be on location... from under a bridge or something. Who knows.

Anyway, bear with us. This is my last move (well, not really... but it's where Tek Syndicate will be permanently)... and for all the morons complaining about the moving... Seattle was great for getting some game devs going. However, having an office was way too expensive and the internet infrastructure isn't as good as Portland. We can get an office and a couple apartments for about the same price in Portland.... and the food is way better, as a bonus. Tek Syndicate is not planning to leave Portland. I'm willing to sign a long lease to prove it!

Thanks for the patience. We do have the best community. Expect good stuff and yell if it doesn't happen (like I have to ask!).

Found any new drinks in Portland ?

I would prefer the first video to be shot under a bridge. In fact, that should be a requirement.

I can't bear to wait any longer, it's truely unbearable without the tek.

I've had a couple IPAs... nothing noteworthy. I had almost cut beer out entirely... but I am still going to have about 5 or so per month. Hair of the Dog was good... Wait, they did an IPA aged in concrete... It was amazing compared to the regular.

Join us in a nice beer. About to crack one right now

We are supposed to shoot a slew of videos next week. So, we have to figure that out. They might be on location... from under a bridge or something. Who knows.

Congradulations on the move. If Qain's floor is uncomfortable, you can always pick up a bunch of free dogs and cats off craigslist, tie them together in a large mat, and roll it out on the floor. Like a heated bed....

Asshats. Sorry, my tourettes kicked in, you were saying?

on location... from under a bridge or something

Hell yeah! Roving TS cam, show us about the new area as you explore. I don't care if you shoot from a rooftop cafe, just stay in touch and enjoy yourselves. I know how hard it is to move sometimes so here's a solution. Some old guys want to sell their old mobile command center. 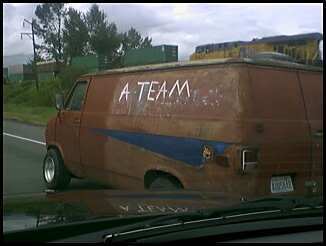 If you ever get the chance head up to the city of Bend, I think it'd be your type of place.

Wishing you the best of luck. Fight the good fight now so that things are easier down the road.

"Logan, here reporting LIVE from under a bridge... As you can see the bums here in Portland make their own gravy and today we are lucky enough to get a sneak peek at how they perform this miracle!"

Oh man I could really go for some bum gravy right now...

Thanks for the patients.

Ha, there is more than just one typo in there.

@Logan you should do a skit as a christening of the new office! I love it when you guys do these crazy little skits