Undecided between these 2 laptops and a macbook

My wife needs a new laptop, shes a writer. she also does a lot of transcribing as well as some other productivity stuff.

Im torn between these

The links have the prices and specs etc and also i am very open to other suggestions, Thanks

Don't be put off second hand laptops. You can get some really good deals on Haswell/Broadwell ultrabooks on eBay and Gumtree.

she wants a really small laptop, she literally works on her lap on the sofa, shes very adamant that it has to be small lol

its true, i just think the specs on the other 2 look so much better and they're all a similar price. plus the Toshiba flips around and i love gimmicky S**t like that lol

Keep in mind, if you buy a Windows laptop, you'll be held responsible for everything that goes wrong with it lol

They are better value initially, but a Mac could last longer. You also get better battery life, and the touchpad and keyboard are arguably better.

Here's a good looking 2015 Macbook Pro Retina. The Pro is much better than the Air.

I will back up ASUS laptops any time of the year. I have used a zenbook before and it is worth using.

Toshitba's are toshitba's for a reason. I don't like them because in my experiance they have a rate of failure rather than a lifespan.

ASUS probably makes the best of the Windows laptops right now. My girlfriend has the UX305 and its pretty nice for the price, but the lack of backlit keyboard sucks.

As a proponent of the MacBook, (Late 2014 MBP Retina myself, absolutely love it), MacBooks are a good investment as you can always sell them down the road and make most of your money later on. But, whatever you do, don't let her get the 11.6" Air. It is more worth your money to go up to the 13". It is even more worth your money to go up to a MBP. If you want a MB, you also will want to spend money. If you are trying to budget, you are gonna get burned on it. That is when I would recommend the ASUS.

Don't get the tosh. I've never seen any of their laptops hold up more than a few months.

right, general consensus is stay away from Toshiba, thanks guys. Asus vs Mac, hmmmm choices choices

I own an ASUS T300 Chi with a 12.5 inch screen. It is just a hair too small for it to be really comfortable for me to use on my lap, and with the 1080p screen and Windows lack of good scaling, things can get pretty damn microscopic on the screen. I've used everything from 11.6 inch to 17.3 inch, and for lap use I would say that a 13.3 to 14 inch screen is a good size.

As for ASUS vs Apple, ehh, different strokes for different folks. I find Macs really simple to use, but they do tend to cost more. Their support is generally pretty decent as well (especially if you live near an Apple Store). I've never had much luck with the cheaper laptops from ASUS, but their mid- to high-end laptops are pretty nice. Oh, and they seem to come bursting at the seams with bloatware.

Either the Acer or MB are good bets. Apple does have better customer service though. +1 on going 13.5"

JVC and RCA can take a hike too.

My personal vote is for ASUS. Fair warning, they install a shit ton of bloatware on anything they sell. My second vote is for apple. Simply because it is usable as a social tool. Toshiba can take a hike. Low quality. Period.

Depending on the nature of the writing and productivity your wife does - would a Chromebook fit the bill?

If not then Either the Apple or the Zenbook depending on what software ecosystem she is already invested in.

thanks for the input guys i really appreciate it. i went and got her a Macbook air today, its the one she wanted out of the Macs, the 11.6 inch one. to be honest it is really great and i managed to get it for £699 ($977) which i think is a decent price for what it is, in the UK anyway. Shes happy anyway haha

Dell XPS 13 is almost a 12" body but with a 13" screen. I've always liked the keyboards on them, but if she's really wanting a good typing experience she'll need to get something like the Pok3r keyboard to put ontop of the keys. like this 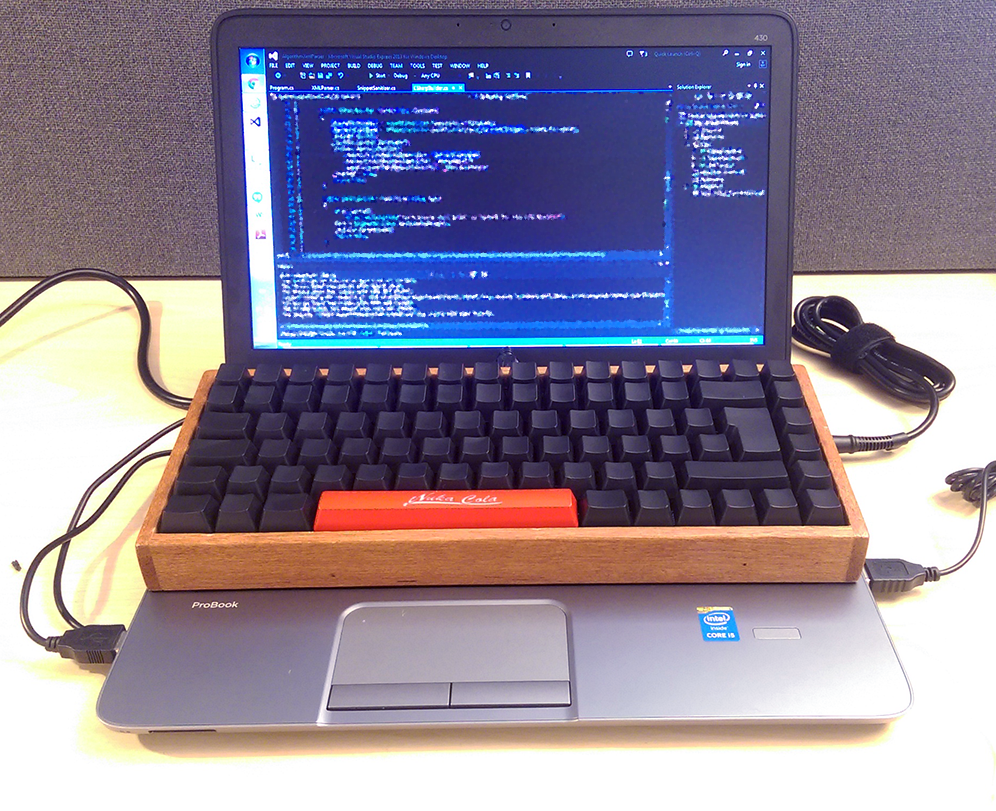 A lot of people rip Apple products. I have Windows laptops and a new MBP. Putting aside the price of the MBP, it is really well built and runs beautifully. For anyone who is a technophobic OS X is just easy. Each to their own.