Unable to get usb devices passed through to windows guest using virt-manager. Help?

Not sure if this is the right place for this seeing as I’m new here on the forum but I’d appreciate any help.

I’ve been playing around with the idea of using Linux as my main is for a while and have finally decided to commit but I still need windows to play games with my friends. Most people would say just dual boot but I’d rather not have to reboot every time I want to do something else. So I setup GPU passthough for my 1050ti using my r9 as the host gpu. I’m running the is directly off a ssd. I’m booting my windows install I was dual booting. Everything seemed to be working fine, until I was not able to passthough any usb devices. No usb device will be claimed by the VM. It keeps working for the host and does nothing for the guest.

I had this exact software setup working a while back on another PC, however it doesn’t seem to be going as fluently this time around.

Any idea what could be going on?

Would you be able to post a picture of your devices from Virt-Manager? 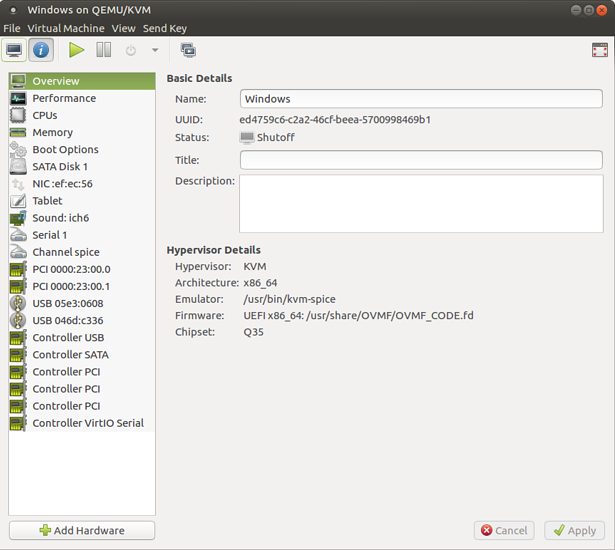 So do you have two sets of keyboards and mice, and passing through the second set or are you using spice channel to pass one set between host and guest?

What version is the USB controller?