Haven't seen any ultrawide monitor threads so I thought I would make my own. Ultrawide monitors are becoming a huge trend in the PC world for it's productivity and immersive experience. So let's create a thread just about Ultrawides! 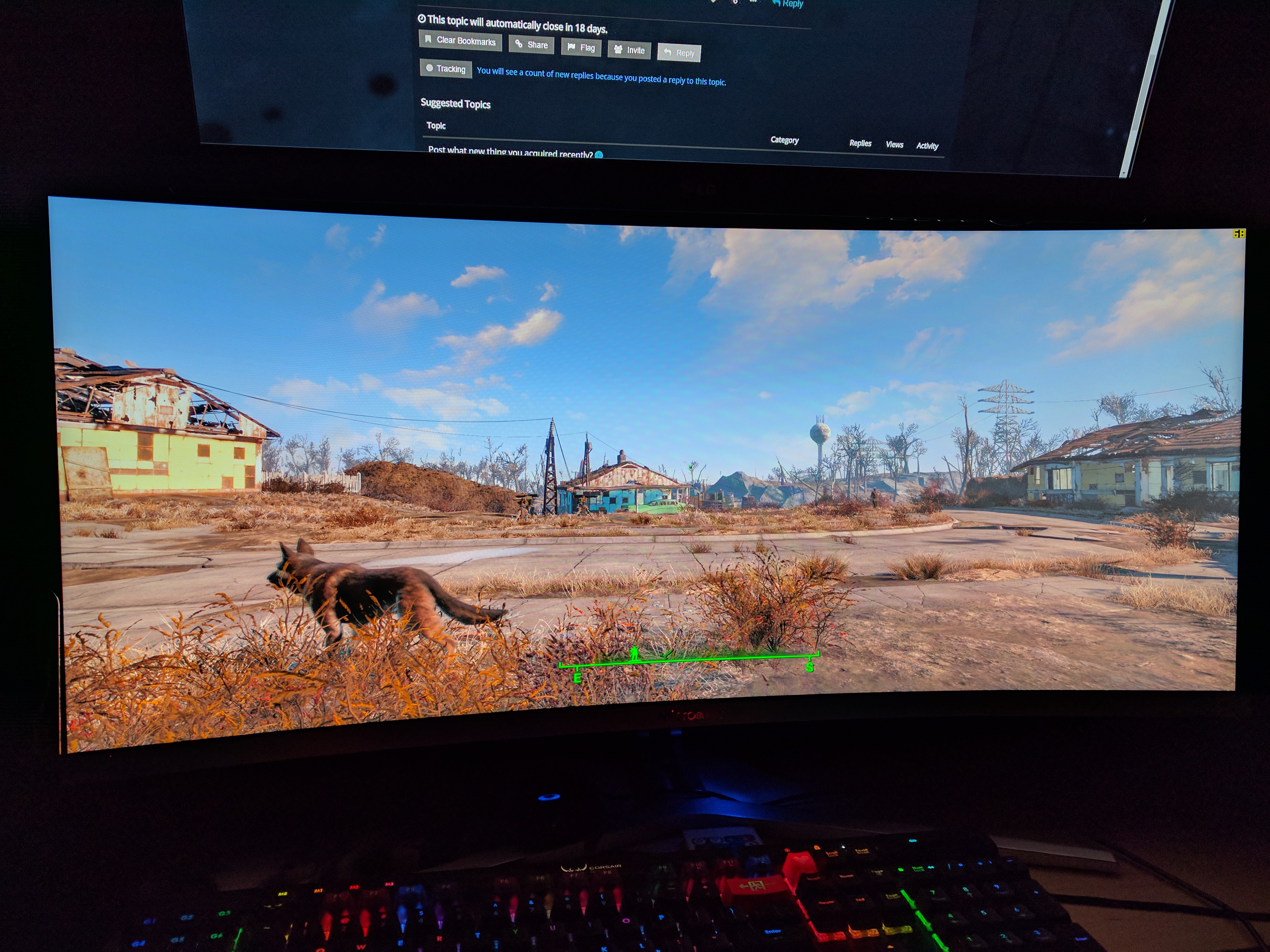 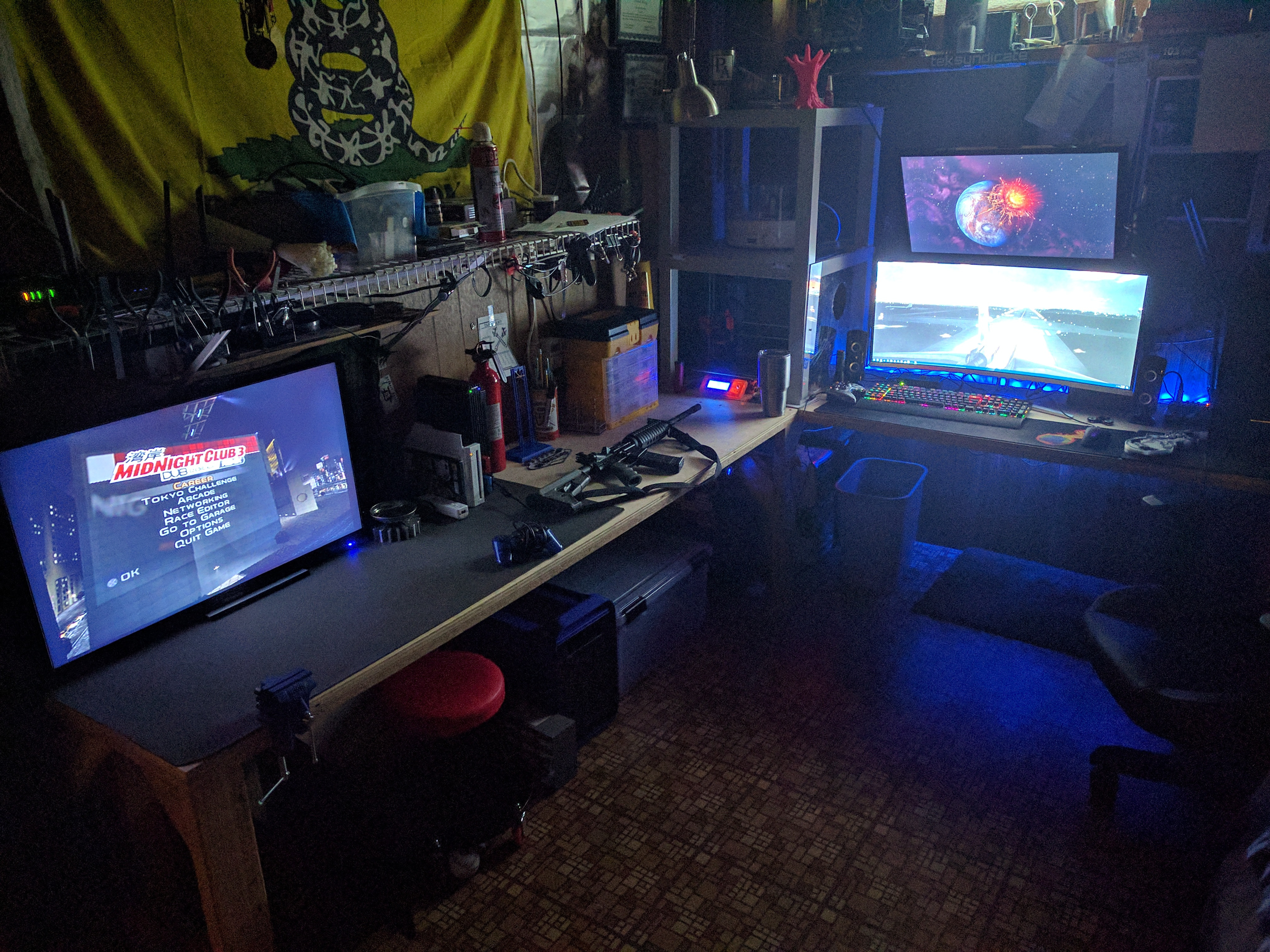 Bought this after going through @SoulFallen's review, later we introduced @Ethereal to it.
also @Kat is ultrawide master race as well

I love my microboard... it's muh baby

I don't even remember the model number of my ultrawide. All I know it's freesync and it's an LG.

It is not the perfect size for my wallet though.

I was hoping Prime Day would drop it's price but it doesn't seem like it'll be happening anytime soon. kek

Personally, I love curved monitors because it does give it more immersion when gaming or watching a movie. It's like getting the VR experience but without actually being blind to your surroundings.

Welp just got my first uw a couple days ago since the price was humane.
Was sceptical about it being 1080p and people were saying on the net that the resolution makes the display unusable for other than gaming, but I feel like telling those guys to not sit one inch from the display... the pixel density is the same as on a 24'' 1080p display so perfectly usable.
Altho I would've liked it being 1440p, but, 144Hz ftw.
So if you don't want to break the bank, this is a good candidate. 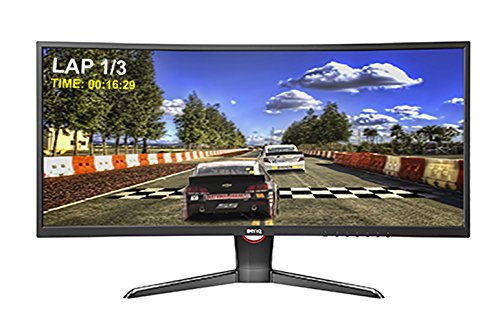 Designed for a more immersive racing experience, the XR3501 straps gamers in their seats with its 2000R curvature and 144Hz refresh rate. The ultimate high-performance 35 inch curved gaming monitor wi ...

I thought about getting a microboard ultrawide but Samsung's CF791 is dropping price considerably! I've seen the CF791 go for $640 over at Massdrop and they shockingly shipped within a week or two.

I hope MD will do another drop again because if I can get the CF971 for the same price as the Microboard, why not get the real thing? ¯_(ツ)_/¯

Ultrawide monitors, can't really find anything wrong with them, great for gaming, great for watching movies (Lots of cinema tend to be essentially 21:9)
Curved or not is arguable, everyone got different tastes I guess.

I'm sure as hell not moving away from ultrawide anytime soon though.

Sorry for the mess. I'm still using 2560 x 1080. Any higher and I would have needed a new GPU. Also one of the Korean monitors has a nasty yellow tint like colour shift on one side of it.

Other than that I use the LG as my main when using photoshop. 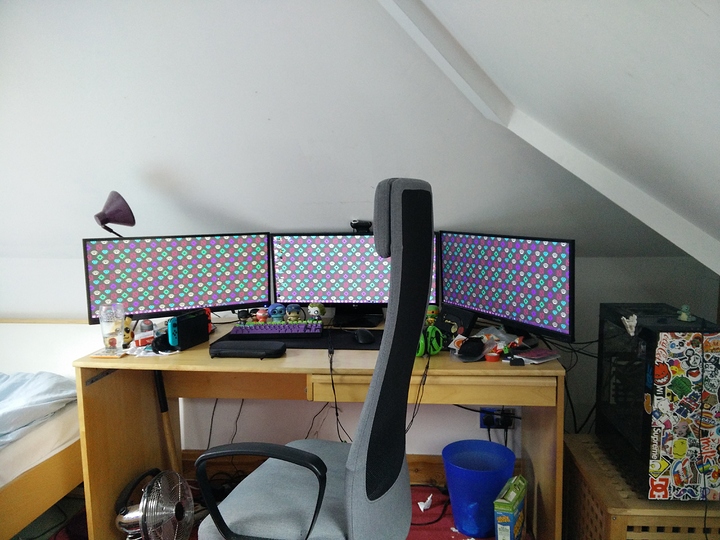 I'm in the M340CLZ camp too, I really enjoy mine but there is something to be said about games. Most games support it and the ones that do are amazing. But, the ones that don't are usually a pain in the ass, before you go ultrawide make sure the games you play frequently support it first. 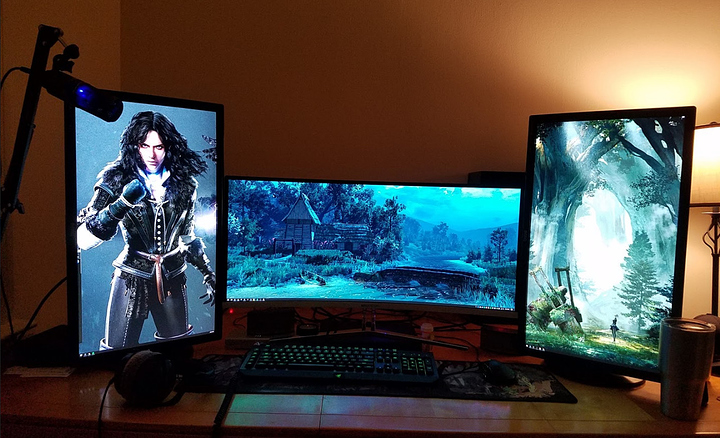 For games that dont support or play well with ultrawide I use a program called windows boarderless gaming.
http://westechsolutions.net/sites/WindowedBorderlessGaming/
It allows you to run the games in a fullscreen fasion but at whatever resolution you want without it stretching to fill the monitor.

As for monitor I seem to have one of the few non curved displays. Lg 34 something something whatever. 3440x1440. Got it used for cheap. Works great. So nice to have the extra room for video and photo editing. 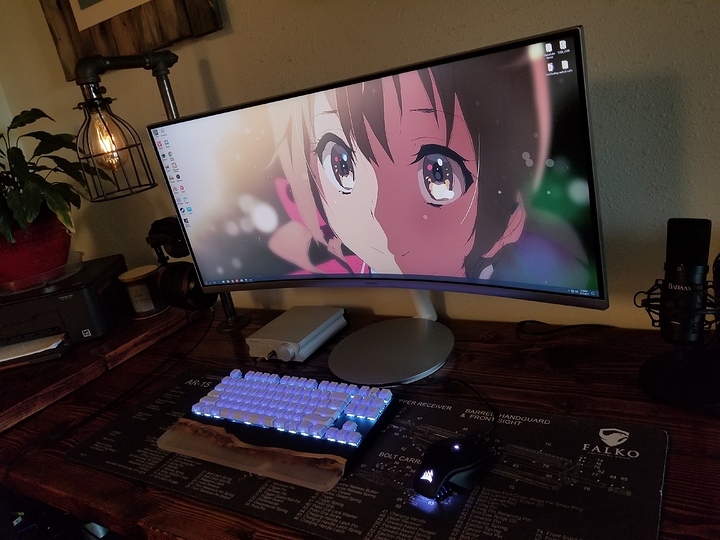 My CF791 just came in the mail today but I didn't expect this monitor to take up so much space on my desk! Because of the curvature and stand, it feels like it sits really close to my face.

We make products with input from our members and give them a place to connect, learn, and shop with people who share their interests.

Ugh if I had a little more cash I’d jump on that MD display, it looks really nice. If it drops again in six-ish months I’ll do it for sure. @wendell any way to review this one? I’ll see if I can name-drop on the discussion over on MD.

As it is, I have this (now seemingly sad little) LG 29UM69G-B monitor that I really love. I went back to a single-display setup and don’t miss the second display at all (if I had to work on this setup I might, though). This is what I shared on the battlestation thread also; the display looks washed out just due to contrast, I don’t like bright rooms! 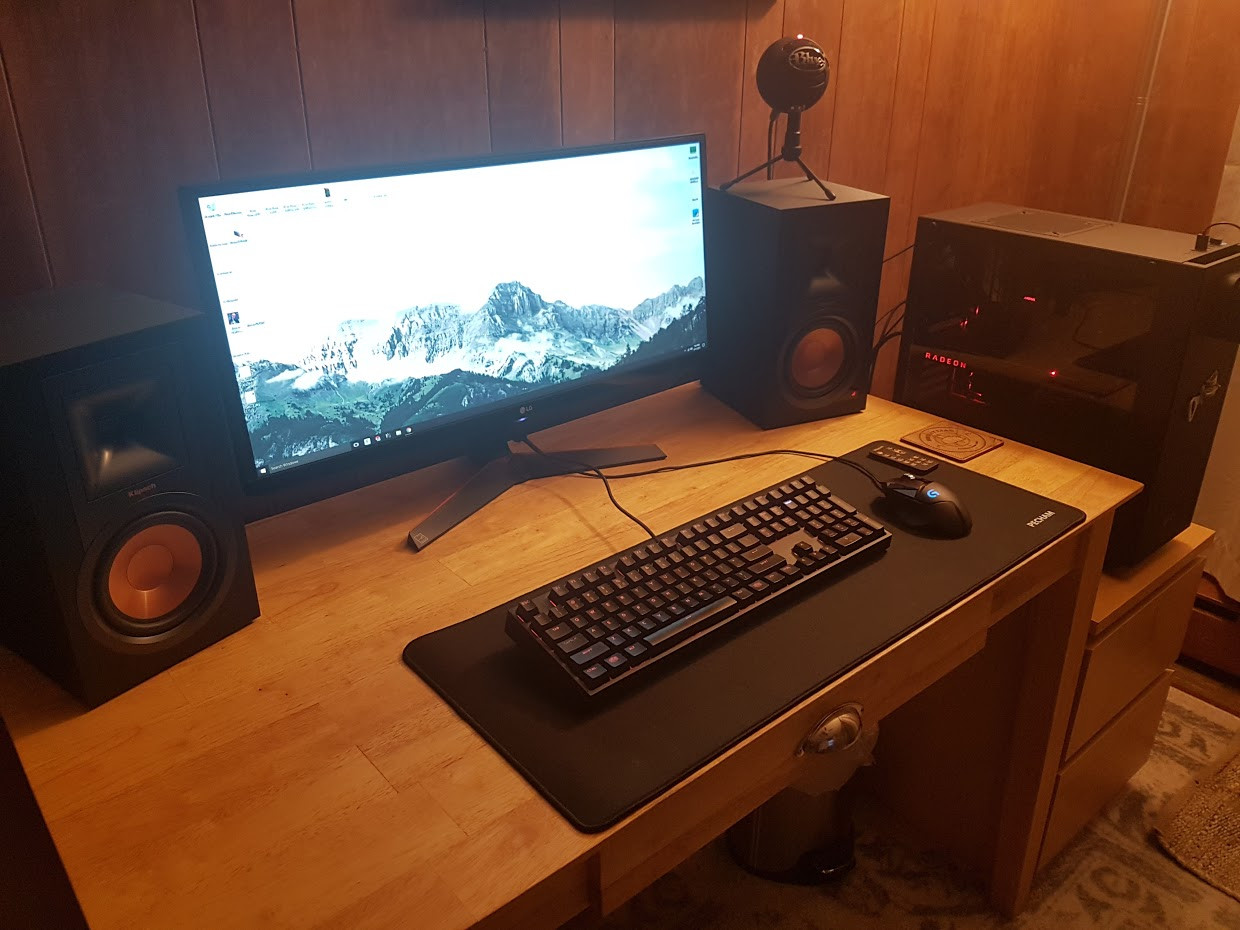 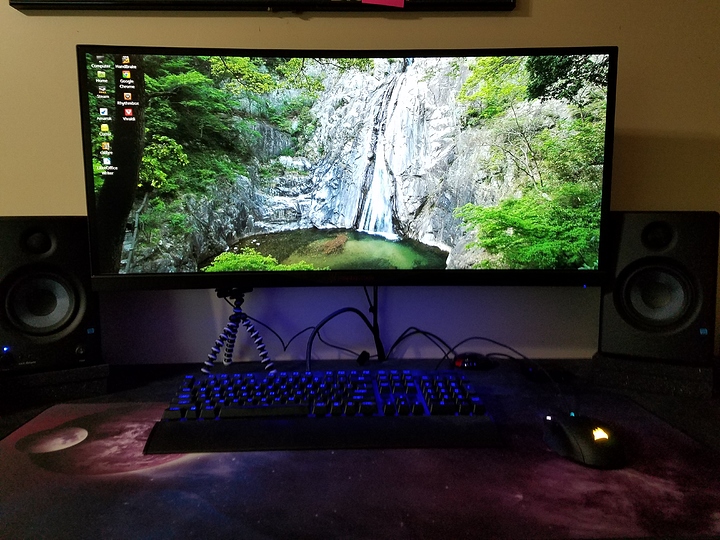 Predator x-34. I don’t think you can beat a ultra wide for work related project. Most of the time I have the documents open side by side with some room to spare. Also, got to love 100fps at 1440p.

I’m intrigued by this MassDrop monitor. Not to familiar with the comparable monitors though. Compared to any Korean or other monitors posted here, is this a good deal? My quick searchs showed this being fairly unique and well priced.

I love my Omen 32 but could use a second monitor since I move between two places frequently. Never used an ultra wide but would love to jump on this boat.

The MD monitor is brand new, but the panel appears to be the same one in the HP Omen X35 and AOC AG352UCG (scroll down to AU Optronics AMVA section):

Still hoping @wendell takes a peak, I did mention L1T in the comments in hopes to get him one. I would love to see a real review before buying, although with the lead time in January it’d be a long-ish wait.

I did find a Witcher 3 comparison video that seems to make it pretty clear in terms of performance drop:

I will say that even with a 2560x1080 ultrawide the experience is much, much nicer.

Spec wise, it’s a great deal but we don’t know anything about the picture quality, color accuracy or build quality. We have to wait for reviews and consumer reports. 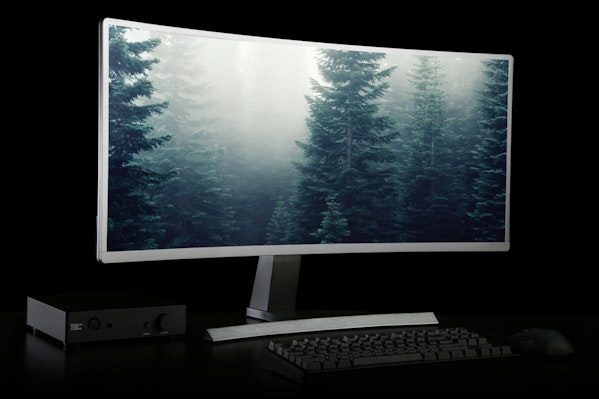 Free Shipping in USA | Massdrop exclusive product, price and reviews: Massdrop Vast 35-Inch Curved Gaming Monitor | 550+ Sold | Ends 10/25/2017 | Here at Massdrop, we love to game—and we know that many of our members do, too. We also know that gamers...


LTT did a review

What do y’all think?
next page →