I got a question.

But opening some programs, ex the calculator, takes several seconds. And when browsing files, especially pictures, it sometime takes it several seconds to start showing thumbnails. Or generating them. Even though I have been in that particular folder before… It’s like it “forgets” the thumbnails after a reboot/power cycle?

Is there any way to improve this? At least for the file browsing part. I’ve been through the settings, but I haven’t seen any options that could improve it?

[ignore this, I’m dumb]
Are you sure you’re running Gnome, since you’ve stated you haven’t changed anything in the OS?
The native Ubuntu GUI is Unity, not Gnome.
[however, this point stands]
Also, in my experience Gnome is fast on machines far slower than yours.
Maybe you wanna check out your SSD’s health, if it isn’t nearing its TBW limit.

Have you cleared out some of your [train vids] so the OS SSD is not full up of steamy cho-cho action?

OMG! I was shocked to find [train vids] on YouTube even! 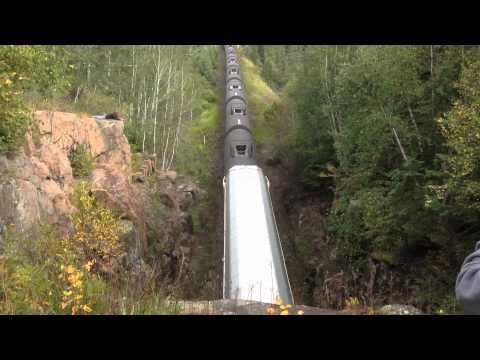 I know, right? did they not Think Of The ChildrenTM‽‽‽‽

If I had to take a guess, it sounds like your hard drive is acting up. I find Gnome can feel sluggish like that on spinning rust.

I just meant symptoms sound similar, the disk is where I’d start my fixing efforts

If you have another disk laying around, you could try to dd your drive to the new one and see if you have the same issue.

I don’t think there’s anything wrong with the drive. No smart errors.
My problem is that I don’t think the system is as snappy as it should be. It works fine, but it’s not as fast as I would like it.

So if it is not loading slowly, do you think the ram is too slow? or the CPU is too busy starting off skynet to do what you need it to do?

Ram speed is prolly okay. FWIW mine is only 2666 and Gnome is nice and snappy for me. It might also be worth turning off animations and check to make sure Gnome is using hardware acceleration. Solus Budgie tends to be more performant than Gnome and might be another desktop worth checking out if things like XFCE arn’t your jam.

I have been thinking about trying some other dristros out.
Guess I’ll do that.

Ubuntu has a Budgie flavor if you’d rather use than than a whole new distro https://ubuntubudgie.org/. But, don’t let me stop you from diving head first down the distro hopping rabbit hole!

If I remember correctly Gnome and Ubuntu with Gnome tend to be memory hogs. Used to be especially true in Unity days. Ubuntu because of all the flashy stuff used to use up more resources than any other distro. and Gnome on it used to be slow. IIRC

So, I run Fedora Linux on a Dell laptop with Intel iGPU and NVMe drive and it acts pretty fast.

As someone else said, make sure you aren’t using software composite. Make sure the boot command line does NOT include “nomodeset”, because that disables kernel modeset and Wayland and X.org will default to no hardware. You could override that for X but not for Wayland.

That “nomodeset” can end up in there if you had to use the text mode installer for some reason. It’s kind of a safe-mode thing.

If you ended up using the “llvmpipe” renderer, that’s doing graphics desktop composition using the CPU. It will make any system sluggish.

In Gnome go to Overview (hit Windows or click the Activies menu) and type About to go to the About Gnome configuration page. The Graphics bit should say something about Intel, and not llvmpipe.

One of the things I noticed when I first installed Ubuntu 18.04 was that calculator, gedit, and system monitor were really slow to start up (5-10 seconds). By default those are snap packages on this version of Ubuntu. I uninstalled the snap versions and re-installed from the apt repository and they open almost instantly after that. My guess is some sort of overhead from the snap sandboxing.

May or may not be part of your issue, but worth checking out to see if it helps.