Twitch is (very) close to winning the battle against adblockers

Notice how they’re only blocked when the platform is set to _. This is a VERY EASY patch server-side to enable ads on that last remaining platform that isn’t blocked.

The cat is about to win. ALL mobile solutions don’t work anymore unless they want to explicitly apply the platform which SPECIFICALLY picks out which mobile app devs want to adblock Twitch streams.

I don’t particularly care about seeing adverts. I only use an adblocker because a hell of a lot of sites are malicious without one. If the ads they implement are just videos, I don’t really mind.

what about twitch apps like gnome-twitch or streamlink twitch ? I never got ads on those.

They’ll start getting ads because it queries the platform and if it’s an official one, it will now show pre-roll each time a new stream is called.

I have 152,000 requests blocked since 3 months ago on ubo and im not even a heavy net user compared to most. So id agree for the most part.

Although i would advise blocking at the host file level or using a pi-hole DNS management system. Malvertising is real.

Also, to show you how bad it is, even opening a Twitch stream in VLC gets ads now.

Although i would advise blocking at the host file level or using a pi-hole DNS management system. Malvertising is real.

^this
Ads are to be considered a security risk.

Map mouse button 5 to mute. Minimize for 20 seconds ( on desktop ) whilst reading chat as that loads first… un-minimize … feel good that the creator you watch got some money.

im a pro lurker so i don’t mind contributing in that, way.

VLC doesn’t even count as an official viewer yet still gets ads… That’s money not for the creator but for Jeff Bezos.

Forget Moon real estate, How about a room on Helios? (Space Station)

The people at Streamlink discovered they’re actually using a Cable TV standard to switch TS streams on the fly. It’s an ANSI standard too: SCTE-35. (this is why you see local ads on CNN sometimes) 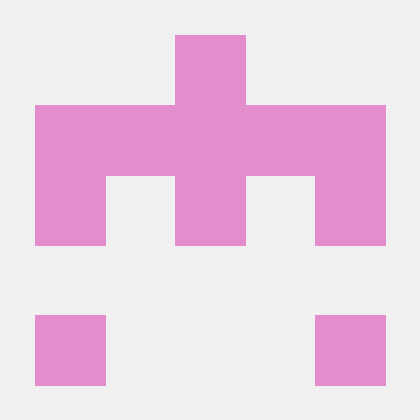 SCTE-35 (ANSI/SCTE 35 2013) is a joint ANSI/Society of Cable and Telecommunications Engineers standard that describes the inline insertion of cue tones in mpeg-ts streams. The full standard name is "Digital Program Insertion Cueing Message for Cable." SCTE-35 is used in the US to signal a local ad insertion opportunity in the transport stream, and in Europe to insert local TV programs (e.g. local news transmissions). Currently, SCTE-35 is erratically implemented. Different providers have diff...

It’s because Amazon acquired Elemental encoders, so they’re using AWS to encode many major TV stations. Most TV stations nowadays use IP to transmit instead of radio towers or satellite. It makes so much sense for Amazon to monopolize a encoding company. The only legit competitor is Harmonic.

I don’t mind ads so much if they aren’t OBNOXIOUS.

but, if you have OBNOXIOUS advertising in your site/app, and i can’t block it… guess what happens to my use of your app/site??

but, if you have OBNOXIOUS advertising in your site/app, and i can’t block it… guess what happens to my use of your app/site??

But nowadays, sites that were/are known to host obnoxious and sometimes malicious ads are able to overcome the adblockers, and also pop up blockers. I don’t mind about ads being displayed on your site, as long as it’s not intrusive.

That’s money not for the creator but for Jeff Bezos.

Those ads pay for the platform itself, a direct creator/fan relationship is ideal but you can’t ignore the platform creators use to reach us just because they(amazon/twitch) want to make money.

I mean is it really that hard to integrate ads into shreams like tv?

It’s now time for an OCR AI adblocker running locally. Something that would just mute and make black boxes of all the ADS you see.

I was thinking a “trusted” (as in you coded it yourself and built it yourself) man-in-the-middle SPI firewall that just blocks certain packets and not others. You’d basically have to create your own Great Firewall of China, except for ads.

Pre-rolls EVERY stream? Now that’s obnoxious. And often targeted at trying to get you to subscribe to Amazon Prime Video? EVEN MORE OBNOXIOUS.