I’m head deep in a build, and honestly I don’t build things all the often. Every time I come around to build a box, I suddenly find myself having to catchup with everything that has changed in the PC world, and these days its stupidly quick. So I’m hoping someone who is more familiar with motherboard specs can point me in the right direction.

The goal is to get a motherboard that can fit all the above, and a 5700XT. I’d like to run a VM in Truenas (win10) for some video rendering and some game play (steamlink? or maybe thunderbolt?). Oh and I’d love to switch to ECC ram, because ZFS.

The problem is finding a motherboard that supports this without having an of the cards run into bandwidth issues. I was looking at the Asus B550 Creator board, which lead me to youtube and to a video made by Level1. (I’d link the video but the forum is blocking me from doing that)

Are there any other motherboards like this out there?

The must have is the 5700xt in the box for rendering, and the nice to have is using the 5700xt for some VR or gameplay if possible through steamlink or thunderbolt. Honestly I’m not sure if this is even possible. I’ve never gamed from inside a VM before.

I recently built a machine with the X570 chipset and found that it was lacking in the number of PCI-E lanes and not so much the number of PCI-E slots on the board. I was using a 5950x and a ROG Strix Gaming-E board. I plan to move to the new Threadripper platform when it is released and stable.

Yea I hear you, the TR would squash my problem easily. But a TR is WAAAAY overkill for my application. 85% the box is a NAS, 10% it renders, and 5% I game.

Its really difficult to try to navigate all the different boards, and how the implement their PCIE slots and what mode they operate in.

The godlike has best pci lanes but Uber expensive 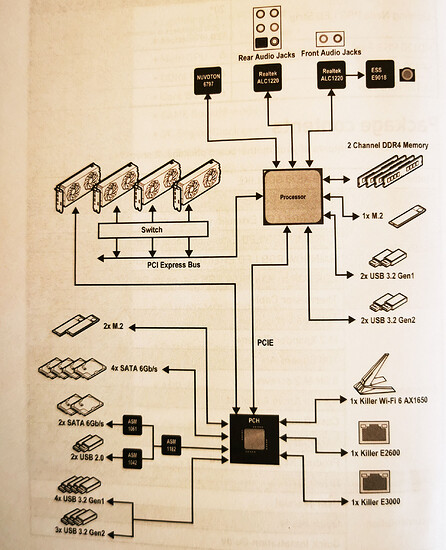 There is only one answer left since the MSI X570 Godlike seems to no longer be available: The ASUS Pro WS X570-ACE, the only X570 motherboard that has an PCIe slot from the chipset that is wired electrically x8 - meaning you can operate three PCIe AIC with x8/x8/x8*

*And if the PCIe x8 AIC that is installed in the chipset PCIe slot is Gen3 only then you can operate it at full speed since the X570 chipset itself is connected to the CPU with PCIe Gen4 x4.

Years ago I was tempted to check out the MSI Godlike however it didn’t seem to support ECC memory which disqualified it for me personally.

Any further info, on the HBA? [PCIe 4x/8x/…]
Besides that, you have this 1x slot and 2 full size slots [GPU / 10GbE]
Would need a board that accommodates multiple full size PCIe slots [3 min]
I only say full size, since I haven’t seen any with smaller [x4/x8 physical] 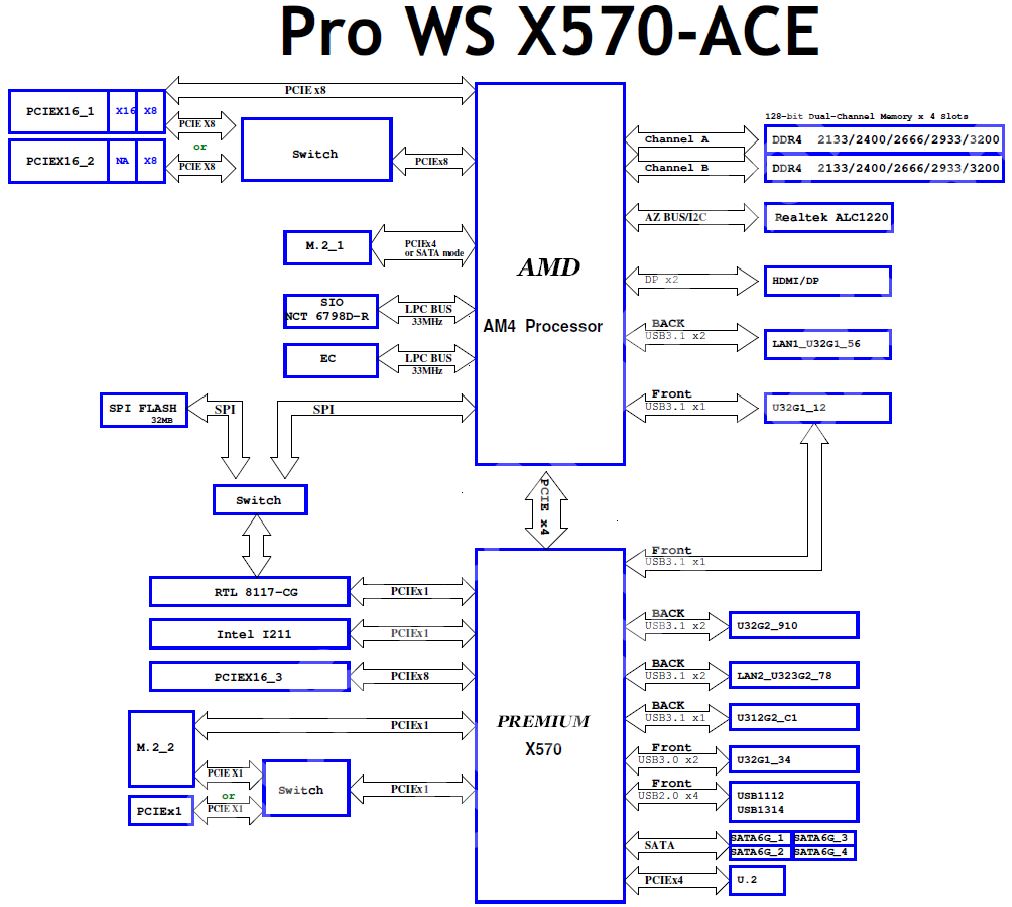 Then you could place the GPU and NIC in the two uppermost slots, the 710 in the PCIe4.0x1 slot and the HBA in the bottom most PCI3.0x4 slot. If your HBA does not complain about the 4 electrical lanes it should still be possible to send up to about 4GB/s over a PCI3.0x4 link. 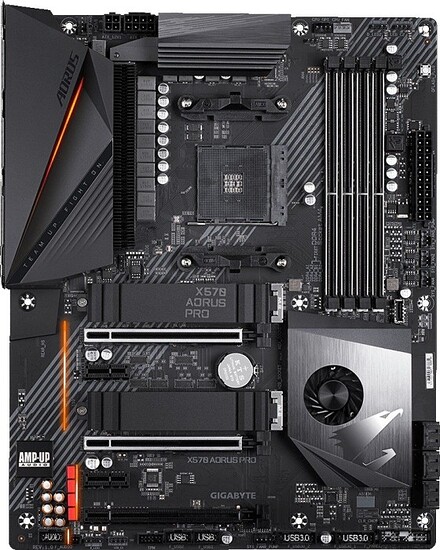 This board look pretty much as good as it gets. I’m not sure why I couldn’t find it when running through neweggs filter system. Thanks for bringing it to my attention.

This looks like a potential candidate too, but between this and the asus, I might as well grab the asus with the 3x PCIE4 for the same price right?

Do see about any other review uses of that HBA, in verifying the 4x vs 8x lane usage
If it was me, I’d play safe, to that ASUS WS-Pro Ace mainboard

Agreed, and they are the same price.

Well, the board doesn’t quiet work.

With the GPU installed in PCIE slot 1, it blocks the 1x PCI lane. It won’t fit in the next 16x slot down either, I tried. The heatsink/fan is too large, slightly by a few mms. I have a Gigabyte 5700xt Gaming OC, but I don’t think its cooling solution is all that large.

I’m wondering if I can run a nvme riser card on the NVME slot above the first PCIE slot…but I have zero experience with NVME → PCIE riser cards, does anyone have a suggestion?

Well this is a bit of a challenge really.
There are X570 boards that have a 10Gbe lan chip onboard if that works out for ya.
But i assume you wanne use your particular intel x520-da2
So yeah i don´t really think that there are many suitable options on am4 left.
The Asus Pro Art X570 Creator has a 2.5Gbit intel and 10Gbit Marvel controller.
What you want is kinda niché.

Screw it, I just ordered the Asrock M2_VGA.

No fuss, no need to worry about a potentially sketch extension cable.

Just FYI: You can adapt the M.2_1 slot to a regular PCIe slot and use non-storage/non-NVMe PCIe devices with it.

I’ve done many PCIe experiments but ASUS X570 motherboards are a bit iffy here since their UEFIs don’t show the PCIe Advanced Error Reporting (AER) and it’s disabled by default.

I currently experiment with ASRock X570 motherboards, they can enable PCIe AER however it is only actually enabled for PCIe slots handled directly by the CPU, with chipset slots you’re basically “flying blind”.

Curious what you’ve been using to adapt it, do you have a link or name of the item you are using?

I check the links in that thread, and I don’t see anything for NVME to PCIE.

Its really difficult to try to navigate all the different boards, and how the implement their PCIE slots and what mode they operate in.

the number of pcie lanes is a very sore subject imo. they clearly don’t want you to have enough lanes on mainstream platforms. They want you to go look at server and workstation builds, or they want you to build more single-task machines. you gotta pay them either way. dont fight the tide. its just business.

If you get one of the newer low-end amd gpu’s that only use 8 lanes, and 4 lane nic (asus, tp-link, and qnap all make them), then with your 8 lane gpu you only need a board that has x8 x8 x4. There are a bunch of x570 even a couple of b550 boards that could support that. But the nics are pricey and the gpu isn’t great.

Board makers need to give us more pcie slots, sigh