Not related to that method. I have zero issues with my network and am running the bridge as setup by Wendell in the original post.

I am only using a single network interface on the box. fyi

So I’ve been fighting with my Truenas Scale system for a few weeks now. I have it up and running reasonably well as just an SMB share, but now I’m trying to do other things and it is doing my head in.

My network is set up as follows. my PC connects via ethernet to my router, the router connects over wifi to a wireless bridge, which my Truenas machine is connected to via ethernet.

any apps I install (truecharts or official versions) result in both the truenas and the app’s interface disconnecting and lagging like crazy and becoming completely unusable (only tried to install pihole and plex, but it was the same for both).

in order to get the Truenas web interface to be accessible on a static ip, I had to set an alias on the network adapter (192.168.1.106/24 in case that’s important) but with nothing else installed, it’s working pretty well.

I’m using this guide to see if installing new things this way will still screw with the interface, and I have a debian VM up with docker installed. The debian shell is rock solid and the Truenas interface has been solid, so problem solved, right?
Then I tried to add the bridge for the VM to see the truenas storage. I went to update the network interface, and used the indicated ip for the alias (the ip of my truenas machine, not 1.1) and it throws an error saying that 192.168.1.0/24 is already part of an alias. Weird, as i used .1.106, not .1.0.
I thought maybe i was misunderstanding, and put the ip of the debian machine that I set up during installation, .1.107/24 now the error changed to 192.168.1.1/36 is already part of an alias.

I have next to no networking knowledge, and I’m completely stuck here. Could anyone point me in the direction of something to try? Is there something I messed up in the initial install to make the network seem to require an alias to be reachable? maybe the alias should be an ip other than the truenas box?

Not related to that method.

Yeah, it was a long shot, since I went over the code, and it did not touch the firewall or anything. Really strange that all VMs lost network access right after this.

that is not a valid subnet. The max is 32 which is a single host.

It is weird, but did you set up the bridge from the CLI or the web interface? If you followed the video, you’d know only the CLI works best for this. (I found that out the hard way before Wendell posted his video or this thread.)

that is not a valid subnet. The max is 32 which is a single host.

I went to double check it just now, and it only showed /24’s this time, so I’m not sure how I managed to do it last time, or which number it was.

It is weird, but did you set up the bridge from the CLI or the web interface? If you followed the video, you’d know only the CLI works best for this. (I found that out the hard way before Wendell posted his video or this thread.)

I set up the bridge from the truenas box itself, not the web interface.

it only showed /24’s this time

Yeah, it’s really strange that aliases need /24, that’s a whole class C subnet and not a specific host. That’s also the way it’s configured on my machine, and it works.

I wonder what the logic behind it is.

Would adding more physical NICs solve my problem, or would the bridging still say the network is already used in an alias? I just don’t know enough about networking to actually understand the problem to know where to start troubleshooting…

I am going to write a new post with the new way to do access to the host from VMs and have native docker. It will be a mix of solutions from @talung and one other person from GitHub.

There is one issue that I’ve yet to solve, and that’s how to have the new bridge (which will have no physical members) deal out IP addresses to all the NICs attached to it.

Has anyone successfully setup TrueNAS SCALE → Debian VM → Jellyfin Container WITH Intel Quick Sync?
I can’t get /dev/dri/renderD128 to show on the Debian VM.

I’ll just post a link to the guide I created from the result of the comments on this topic in case anyone is interested.
https://forum.level1techs.com/t/truenas-scale-native-docker-vm-access-to-host-guide/190882/6

Did you figure this out? Running into the same issue: database is locked when using an NFS share. I used

Edit: No soltuion so I switched to zvol. It’s not so bad since you can mount them uniquely by partuuid.

Any chance of a ‘dummies guide’ for the bridge part, I’m just so confused and thought id done it right but still no

Alternatively if buying a new NIC card would be a super easy thing then guess ill go down that route.
Any help SUPER appreciated

Did you look at the guide I linked a couple of posts up?

I have alot of trouble setting up the bridge interface.
When i configure it and add my physical interface to the briding members i keep getting the Error : RuntimeError (“0 found, expecting one”) 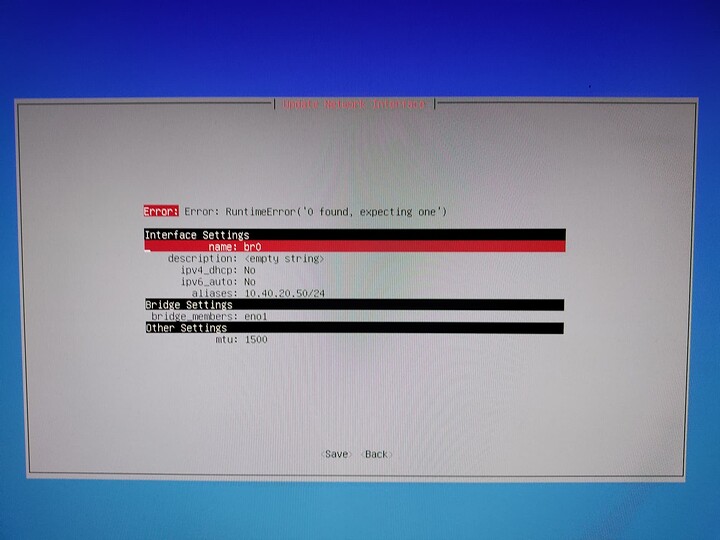 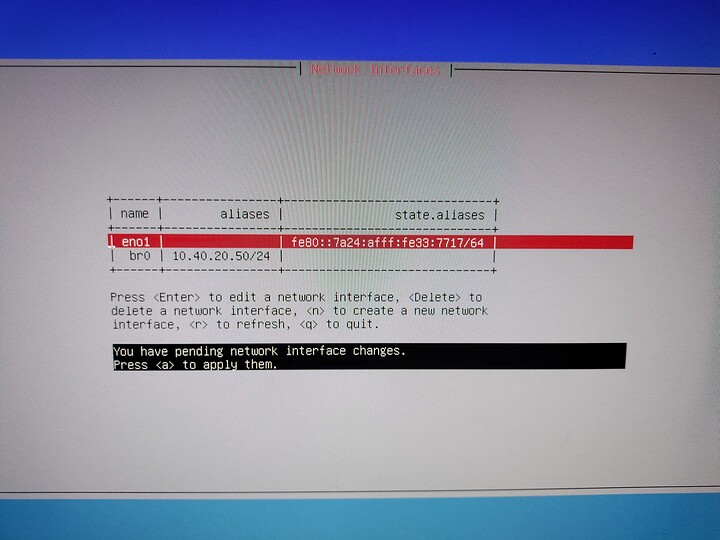 Nvm i fixed this, i was creating the interface br0 in the wrong manner.

I was able to adapt this guide to run Kubernetes inside a VM (instead of Docker in a VM). I then use the democratic-csi plugin (search it on GitHub, can’t post a link) to automatically provision NFS or iSCSI shares in TrueNAS as persistent volumes for k8s PVCs.

I did this because I couldn’t understand Docker’s documentation for IPv6 functionality. Using the Cilium CNI for k8s, I was able to do NAT-less IPv6, while the native k8s in TrueNAS doesn’t even have IPv6 support.