Tracking down the "NwAvGuy"

We need to figure out a way as a group to track down the "NwAvGuy". He is the author of the reference design for the O2 Amplifier that Mayflower Electronics and others assemble and sell. Is he dead? In hiding? His last post to his blog (nwavguy.blogspot.com) was on May 9, 2012 and hardly gave any finality to his presence on the web. Maybe we need some cyber sleuthing, or to hire a real detective to track him down. Any thoughts?

I want to say that he has logged in since then, he just doesn't post anymore. I believe I read that somewhere. If he wants to be left alone, I say we leave him alone. He's done a great service to entry level audio enthusiasts. Let the man enjoy his retirement : )

True. I just kinda wish he had posted a goodbye or a "signing off" or something. Just so we won't wonder if he's dead or lost in the Bermuda Triangle. :-)

Just adds to the mystique. The legend grows....

He's a legend, but not one that there should be a revival of. From what I have heard/read, he disappeared after some controversy on what he criticized and who he pissed off. If you look into what he has said/done, he brought up a lot of good points on the way audio testing and audio in general is marketed and evaluated. However, on the forums and sites that he posted on, there are certain politics that go on behind them. Many of these forums are sponsored/financed by certain large audio companies, and as such when something bad about them is being said, esp. from someone that is extremely high profile, it can turn ugly.

If you browse an audio forum (and most forums that are sponsored) long enough, or talk to some of the people that are deeply involved, you might notice some of the politics and money floating around... it's really annoying, but something we have to live with at times. Head-fi and many other places are not as objective or personally subjective as they might seem, you often have to dig through pages of crap over a few months before you can find an independent and objective reviewer.

NwAvGuy: The Audio Genius Who Vanished

I think we should let the guy be. His work speaks for itself and if he ever wants to come forward, I would welcome him with open arms. But its his call to make. I could not help but to feel a sting of pride when I saw this though.. 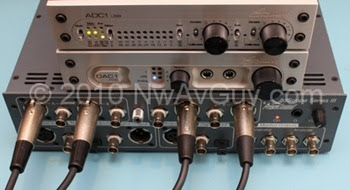 WHY THE DAC1? Some here have asked why I would own a product like the Benchmark DAC1 Pre when it seems I’m relatively pleased with even a $...

For a while I suspected he was a designer at Benchmark. They are notorious for being "the egghead approach to sound", for better or worse. But I figured that Lavry and many other known device makers would fit the bill equally well.

he made stuff and skulked of into the shadow... that is BOSS!
edit: I hope he isn't dead tho...

He keeps paying the upkeep for his homepage, so he is not dead.