I am finally building my Threadripper system and I am currently trying to decide on the Mainboard.

First, what I plan to do: I want to run Linux with Windows in a VM. To achieve this, the x16 slots shall be used for the host and guest graphics cards (at the moment a Radeon 7950 as well as a Radeon R9 390). In one of the x8 slots I will put an Infiniband card that connects to my NAS (The VM images are stored there and accessed via iSER) and the other x8 slot will contain a USB 3.0 (PCie x4) card, that needs to be passed through to the guest. It will connect to all necessary peripherals, such as keyboard, mouse, sound, etc.

Since my case can only fit an ATX board, I currently seem to have the following options:
https://geizhals.eu/?cat=mbtr4&xf=4400_ATX&sort=t&hloc=de&v=l
From these I would exclude the ASRock Fatal1ty X399 Professional Gaming, since it is just too expensive, as well as the MSI boards since the PCIe 2.0 slots would be inaccessible in my configuration (under the GPUs). That leaves me with the following two boards:

The Gigabyte board seems to be nicer, since it has a PCIe 2.0 x4 slot instead of a x1 slot, which leaves room for slightly more expansion. It also looks better imho. But which one actually has the better Linux support and the better IOMMU groups?

Any pointers would be appreciated.

My understanding (and only that, since I don’t have threadripper) is that the gigabyte board has poor iommu setup, but I don’t know how it compares to the taichi.

I’m basically in the same boat as you and looking at exactly the same boards. Here is some info I gathered over the past few weeks:

VRM:
Both boards feature a true 8 phase VRM layout for the CPU. The Designare uses [email protected] power stages. The Taichi uses [email protected] power stages. At stock speeds both are fine, the Designare might run a little more efficient. For overclocking the Taichi is better, since it has more headroom. Both boards use the same power stages for SOC VRM. Gigabyte has a two phase layout, whereas ASRock uses a 3 phase. Since SOC doesn’t pull much current even when overclocked, it shouldn’t really matter, both are fine.
Source: LGA TR4 X399 VRM Liste

Overclocking:
The Designare doesn’t have an external clock generator (unlike its cousin, the Aorus Gaming 7) so no BCLK shenanigans here. The Taichi has one. Otherwise, both boards seem to be competent overclockers in the CPU as well as the RAM department. I have no idea if and how Gigabyte implements PBO for TR2. ASRock seems to have added the option in the latest BIOS, however it seems to be a little buggy still.
Source: Manufacturer websites, various threads on overclock.net

BIOS support:
ASRock has had and still has a few buggy settings in its’ BIOS, but frequently releases updates and beta builds with new features. Gigabyte’s BIOS seems stable in comparisson, but is very slow at releasing updates.
Source: Manufacturer support page, Asrock x399 Taichi/Fatality overclocking and unofficial support

IOMMU support:
The Taichi has excellent IOMMU support, see here: ASRock X399 Taichi / Fatal1ty summary Thread. I haven’t found a list for the Designare but I imagine it to be similarly good. Just remember that on Ryzen platform in general, everything that is connected to the chipset is in the same IOMMU group. That includes the x1 slot on the Taichi and the x16(x4) slot on the Designare, unfortunately.

General remarks:
The Designare is beatiful. It has 3 more fan headers and a USB 3.1 Type C front panel connector.

The Taichi looks meh in comparison. However, it has two USB 3.0 front panel connectors instead of one and it has extra power for the PCIe slots in the form of a 6-pin connector below the SATA ports. Also there is a U.2 connector on the edge of the board (shares bandwidth with M.2_1, the one to the right of the x1 connector). Lastly, there is a convenient BIOS flashback button in the IO area.

In my opinion, the Taichi is the better board because it has better power delivery to the CPU, SOC and PCIe and therefore more overclocking headroom and/or longterm durability. BIOS flashback is more easily accessible (it’s there on the Designare, but no button in the IO area). I like the connector layout of the Taichi more, even though the sound connectors in the rear are in a weird spot… The BIOS also has more features, knobs to turn and things to fiddle with, albeit being a bit buggy at times. Also I like the layout better than Gigabytes’.

All in all, the boards are very simmilar. Pick the one you like. For me, I like to overclock and fiddle with stuff, so I’m leaning to the Taichi myself (the Fatal1ty Pro Gaming actually, it’s the same board only with 10G ethernet and a COM port).

I recall @bsodmike being unhappy with this board’s IOMMU situation. He hasn’t posted since May, but if he’s still around, he may be able to chat about it.

This may have changed in the last 6 or so months though.

I’m aiming for the Taichi-board and unless something/someone else slaps me in the face (like Wendell) with a “better” alternative the Taichi will be mine. 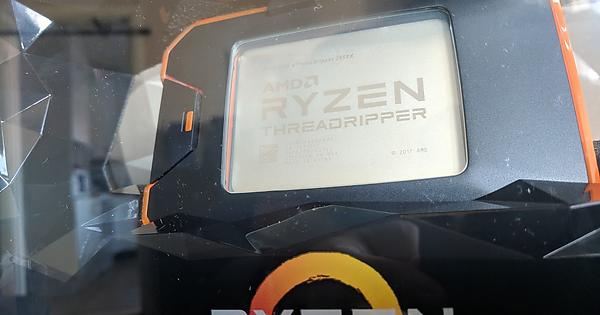 Thank you four all your answers! Especially thank you @vladnik for all the explanations!
I will go with the Taichi.

Wendell just released a video where he mentioned that the taichi is an excellent board.

Glad I could help!

Please share your experience when your build is complete, mine will take another month or so to get going

Hi Veezee, Lycanthropist,
After updating the board with the latest BIOS that includes the AGESA 1.1, can you please confirm if the PCIex1 slot (or the x4 in Gigabyte) from the chipset, if it has its own IOMMU group?
Thanks in advance!

Hey @dpadilla, I don’t have my board yet, but I’m pretty sure that it doesn’t. The x1 slot is connected to the chipset and everything that’s hanging off there is in the same IOMMU group. Would be happy to be proven wrong though