Morning folks,
I've been thinking of doing a build with a Titan X. Saved a bit of cash and would like your help on the ground work. Trying to Max out on all current gen and have space for the future.

Budget. How much are you willing to spend? 2000-2500
Where do you live (what country), and what currency do you use? NYC
-Is there a retailer you prefer? Whatever has the best deals
Do you need or already have peripherals? (this can add to costs) I'll need it all though can find more cash for it if needed. Want to work to multiscreening later
What will you be using your future computer for? Gaming? Rendering?
Mix of both? Or is this a home media PC? Gaming, watching movies, maybe
some streaming? brother does photo editing so this could help him.
Do you overclock or want to get into overclocking? still ignorant on this subject but having the option is always good.
Do you plan on going for custom watercooling now, or in the future? Not right now no.
OS. Do you need a new one? Yes
Do you plan on Mining BTC either for yourself or Tek Syndicate? No

But just to ask some quick questions. does size matter when it comes to your build? there are many sizes of PCs you can build of course, ITX is the smallest. mATX is the middle ground and ATX is the biggest motherboard layout.

doubt i'll be moving it so size doesn't really matter, if it's in a case with fitting things and air flow I'd probably go bigger?

Here's what I set up and I will say and educate you on a few things if you don't already know them.

NOTHING is Future proof, let's throw that out the window right now, things are constantly getting outdated. right now you are going to invest into a 980ti. It's the best you can get right now. Nvidia is already working on Pascal to replace it. so nothing is future proof. as soon as you invest into something, the company already has a replacement in the works.

Second,
Most of the components I've chosen are quality components and stuff I've had personal experience with. of course i also chose some components to make your PC look pretty. damn it, if you are going to spend a lot. might as well make it look good too lol.

Now as to Why I choose some of the stuff.

:) so that's all. Enjoy your new System and Welcome to the Glorious PC master race lol

That looks pretty solid to me, I'd have a separate SSD for OS and applications though. 120GB for OS and essentials and a 240 or even 500GB for applications per se. For organisation's sake. That's kinda subjective though.

So you would have an SSD with like 30GB filled and never use the rest? Then get another SSD for everything else? That makes no sense to me. Just get a single larger SSD.

You don't need a disk drive. You can make installation media on any other PC with a flash drive. Seems silly to buy something then just disconnect it.

i mentioned that. but it still useful for whatever emergencies.

Ohh okay. I didn't see you mention it but yeah I suppose it is useful if you need it to have one. Plus they are so cheap.

That RAM though.... Corsair RAM is so expensive...

Honestly for the money i would do this

Titan will hit thermal wall quickly, thats how gpu boost works. Reference cards are for people who want the on the day of release. With custom pcb and custom cooler I wouldnt be surprised If 980ti would be able to outperform titan x. Titan X hits thermal wall quickly , unless you plan to watercool it and use bios mods there is little to no sense of buying one, two years into future It will be poor performer anyway like 780 ti compared to todays standards. Previous generations of titans had some double precision so the price could be validated in some ways, with titan x it changed. Some nice editions with cherry picked gpu/memory and custom aircooler coold be more reasonable option. With titan x you are bound to reference solutions. If future proofing is the matter focus on parts that won`t age as fast as gpus do.

thanks guys for the feedback btw would corsair's h100i be a viable option with these builds? it's not a custom water cooling so shouldn't be too hard to manage. and about peripherals? screens/keyboard/mouse ideas?

Corsair H100 will be just fine for any of the builds. just as long you have a Build that has two 120mm fan mounts on top of the case. which for most if not ALL ATX cases have. so you'll be just fine. I personally just pushed for the Noctua because it performs like an H110 for cheaper. plus it matches the color scheme of the TUF Series boards very well.

but to get you in the right direction, Look for a Cherry MX based Keyboard. I personally like Cherry MX blues, and Greens (Greens are rare) because they are heavy keys almost if not arguably too heavy for gaming. Blue switches are loud and clicky. if you want some quiet-ish keys, look at some Brown Switches. 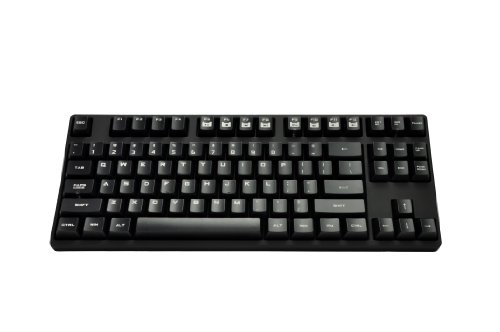 Gamers are now able to have an all-encompassing CM Storm experience. The CM Storm QuickFire Rapid is a high-grade mechanical gaming keyboard that employs the best selection of CHERRY MX Switches avail ...

As for monitors i would look around for a Korean 1440p Monitor they are somewhat cheap for what they give you. you can get them for $300 bucks right about now.

For Mice, I have a devout love for Logitech. they make Mice that are durable and long-lasting. I've been using the same $20 dollar mouse for the past 5 years. it still works. but here's something i recommend. 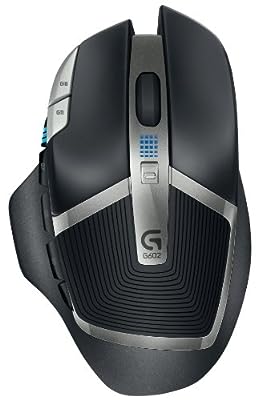 It's easy to be passionate about winning, but at Logitech, our passion is in the science that makes winning possible. We build precise gaming instruments. We advance technology so gamers can reach new ...

with h100i , it depends on your pc case ,with one set of fans its 52-55 mm thick (add another 25 mm if you run it in push-pull) so you need little more space between top edge of motherboard and air vents in your pc case otherwise you wont be able to fit cpu power cable.

I would do this, because you can :D
http://pcpartpicker.com/p/HNmCnQ
Custom part warning, link Works though and looks badass

It is a 120mm AIO from Intel with an LED. Nothing special. The Noctua or H100 would be a better option. IMO The only AIOs worth a damn are 280mm ones...

Although I would suggest going X99 for this build with the kind of budget you have.

I Know, but it still looks badass and cools well. And this kind of budget really deserves a sabertooth and a full tower at least, it should look impressive because it is. Those unshielded ddr dont look the part

thanks for all the help guys, going to take a week look over this stuff and make my decision will give an update when i finalize.

Hey guys a little late to replying but went with this some prices are a lil more than it'll be in the end cause I have a microcenter close by and they've been having some sales. Like the i7 5820k is going for 300. etc

Any feedback would be greatly appreciated.

Hey, don`t get 840 evo, a lot of issues with band aid fixes, I have 2 and I wish I could return them ;( Avoid Kingston v300 , they are cheap but slooooooooooow for ssd standard.Read some ssd reviews and choose something medicore at least.