Why is it impossible to find a direct comparison between the Titan X and AMDs respective flagship card the 295x2? Apparently Nvidia sent the titan to every single reviewer, tester, and tech publication in the US and abroad and I can't find one with basic game fps results. I would definitely think that if a new video card came out from either manufacturer they would want it put up against the current fastest card. I looked on 3dmark and they have had the 295x2 listed as the fastest video card on the market for some time now and 3dmark is what a lot of the world uses to test cards. If you have a link to actual benchmarks please post it!!! I'm super curious when 3dmark is going to place the titan on the card ranking as people are already setting records with them! Maybe when it's officially for sale?

Or were you looking for a direct, one-on-one comparison?

I've seen those articles, but I was looking for something more substantial. Everything I've read has been an excel sheet list of stats or power draw comparisons. I would really love to see pcworld or something come out with an article that lists games, their settings, the resolution, and what kind of fps spread they came up with like every other video card review ever... The only thing I have found that has come close is a video on YouTube by oc3d in their titan x review. But, it wasn't real world... It was the best attempt to compare the two flagships though...

Isn't it a bit unfair to directly compare a dual GPU to a single GPU card?

i have seen people say this since its release.

Me i would be comparing them as they are a similar price point.

I wrote a Blog over this a while ago: https://forum.teksyndicate.com/t/the-tid-bit-of-sense-that-the-titan-x-does-make-despite-popular-opinion/76725 I used TomsHardware graphs which compared the two cards.

I don't think it would be unfair. It's something to take into consideration when comparing, but I wouldn't say it's an uneven match.

It's either going to show that it's out matched by a dual GPU card, or that it gives it a run for it's money.

Actually, if you look to compare Titan X with anything from AMD at similar pricepoint, you should be comparing two 290x cards (the 8GB versions) in CrossFire with single Titan. The 295x2 is effectively a 4GB affair.

Not necessarily since the 4gb version of the 290x in crossfire doesn't even max that 4gb's in any games except shadow of mordor. So technically speaking, the 4gb's is enough for textures in every game (except mordor).

So you want a comprehensive comparison, involving all the reviews of the card from a variety of sources? Until someone compiles something, those are really the best they have. They do a pretty decent run-down comparison, but, I understand that it feels rather hollow and fulfilling.

Anyway, I don't think it is unfair to compare the two cards. What they have in common is that they are both the flagship of their respective vendors, marketed towards the same demographic - enthusiasts. Where they differ is in the means to that end, with the Titan obviously taking the traditional single GPU solution. I think the fact that the R9 295x2 generally has the upper hand in performance, while costing less, makes a comparison all the more relevant.

I can understand why people are scared of the R9 295x2. The dual-GPU, near-mandatory use of water-cooling, and the power consumption all add up to something that is not for the faint of heart.

It is a different animal for sure! Have you guys seen the triple slot Diablo variant of the 295x2? It's air cooled and looks awesome! I love my xfx 295x2 though! I got mine for a touch above $600 during cyber Monday and it destroys everything. I can't wait for Directx 12, and I hope all the rumors are true about what it will change for PC gamers! I guess I'm going to have to wait until the Titan is officially released to get an answer for my query. You guys don't think the people that received review models where restricted to what they could pit it against do you?

You can buy the Titan X on Amazon right now.

Considering that some of the big reviewers already pitted the Titan X against the R9 295x2, I don't think there was much restriction with what they could compare it to. What other restrictions could they make?

BTW, is the comparison even fair ? Consider that 295x2 is from previous generation of AMD card with next one coming out very soon.

Who wouldn't it be fair for? I have really no idea... The direct comparisons made are against cards like a 980, reference 290x's, and sli configurations with multiple cards. I don't understand how this data isn't easily found. If I can find non-synthetic benchmark comparisons I will share them. Please do the same!

They were in stock last night, but, temporarily out of stock, currently: 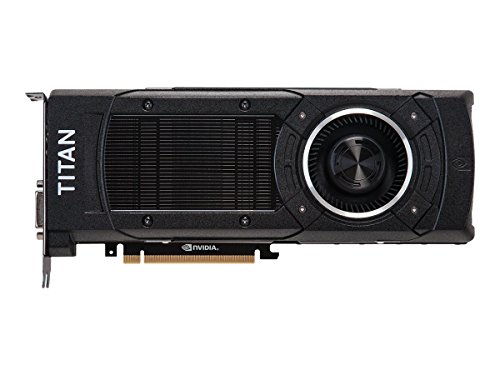 The EVGA GeForce GTX TITAN X combines the technologies and performance of the new NVIDIA Maxwellarchitecture in the fastest and most advanced graphics card on the planet.This incredible GPU delivers u ...

Thats a win for the Radeon 295X2, in terms of raw gaming performance.
No brainer.

When I compare the two I come up with the same results, I can't afford either of them.