This is a weird one. Its the pascal P100 core, but not with HBM2, and its not the fully unlocked version either. 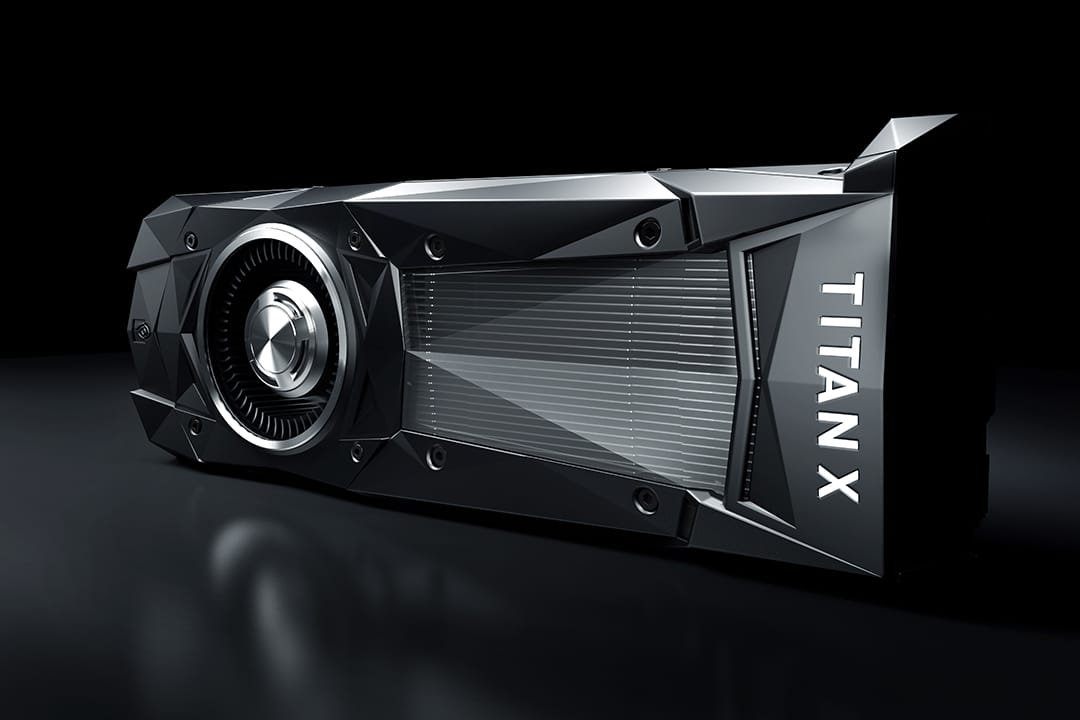 The new NVIDIA TITAN X, introduced today, is the ultimate graphics card. It will let you accomplish things you never thought possible.

What do you think? As dumb as the last Titan X? Worst Name scheme ever? No word on Double Precision which is what would make this an awesome budget workstation card...

fuck nvidia. pricing has increased and value hasnt. doesnt even all the cuda cores nor hbm2 and 200 more dollars? are you kidding me? 1000 was already outrageous but this is a whole new level.

doesnt even all the cuda cores nor hbm2 and 200 more dollars?

I can kind of understand why. Yields for the P100 have been terrible, and even the Tesla isn't the fully unlocked core. And, HBM 2 has been kind of impossible to get, so I understand why that isn't on there. The price though... Better have good double precision

That would cut into their quadro sales

well when can we expect the true titan/1080 ti to come out? also how bad are the yields? like how many good chips per silicon wafer vs not?

That would cut into their quadro sales

They did it with the first round of Titans, which made those a massive success. Wouldn't be surprised if they do it again

well when can we expect the true titan/1080 ti to come out? also how bad are the yields? like how many good chips per silicon wafer vs not?

They haven't released any of that info, but that's what the kind of what I've been hearing. Its 56 SM's out of 60 possible with Pascal, which would be 3840 Cuda cores if the entire thing was unlocked.

honestly i really want amd to crush them. cmon amd you can do it. have hbm, have 8000 plus cores and the same clockrate and charge 650 for it and rip nvidia to shreds and take back the market share.

They did it with the first round of Titans

If this is just following the titan X, the titan black will still have better double precision performance

youre forgetting the fp64 cuda cores. it should be well over 5 thousand.

Are those usually counted? I thought they weren't included into those figures.

Pascal double precision is great on Tesla P100, so I would hope they wouldn't have knee capped it on the Titan X 2.

have hbm, have 8000 plus cores and the same clockrate and charge 650 for it and rip nvidia to shreds and take back the market share.

If Vega produces a chip like that, I would be highly surprised if they price it at $650. If HBM 2 wasn't readily available enough and too expensive for Nvidia's $1200 Titan, AMD is not going to have a fun time trying to cram it into a $650 card.

shouldnt they be counted?

I don't think so. I'm pretty sure those are another metric that isn't usually listed.

Is that the highest amount of Cuda cores on consumer card? If it is then that is ridiculous.

nvidia are doing this because they can, because people will still buy it, not because of economic reasons. also their node shrink should give us that many cores and that clockspeed. also why no hbm2? isnt samsung now making it too? and honestly how expensive could it be? i mean really. it cant be more than maybe a couple of bucks.
also their profit margins would still be good but that wouldnt be the plan. the plan would be to get market share, increase their stock price, give themselves a good name and stick it to nvidia and hurt their profits and lowering their stock price.

The fury X was 4096 cores, but this is Nvidia's highest core count chip

nvidia are doing this because they can, because people will still buy it, not because of economic reasons.

If its double precision figures are good, they can sell boat loads of these to a whole different group. The original Titan's where beast double precision cards for the time, and they sold like hot cakes because of it.

also why no hbm2? isnt samsung now making it to? and honestly how expensive could it be? i mean really. it cant be more than maybe a couple of bucks.

If I was Nvidia, I would not dare divert a single HBM 2 chip away from the Tesla P100 card. Those are going to be thousands per card. Titan X 2 chips are probably just failed P100's TBH. HBM 2 is not a couple bucks, yields sound like they're terrible. I'm not surprised at all frankly that its not on this card.

If AMD is smart they would put their share of HBM 2 into server cards to TBH, unless by the time they can actually launch it the supply is multiples what it is now. FirePro cards have been pretty successful in servers, I would put there share of HBM into those unless something changes.

can you tell me exactly how much it costs then? how much is hbm2 per gb? you say the yields are terrible but what exactly does that mean? the process is pretty much automated and we have plenty of silicon and those wafers dont cost much, only several hundred, but less than a thousand and each one produces many many chips.

if theyre smart theyd put into both and theyd undercut nvidia and gain market. it would increase their stock price while lowering nvidias. its not as simple as profits.

It's going to be interesting where their 1080ti will stack up in the performance chart after this. Usually node shrink means less cores, but more efficient, and, therefore more performance. But here, they doubled down on Cuda cores in a 16nm. That is an insane amount. If you extrapolate the amount of performance you get so far with 1060, 1070, and 1080 over Maxwell for less cores, the new Titan X is in a whole other godly performance. It seems like Nvidia is adamant over how they segment their cards in terms of performance this time around compare to Maxwell where often times there would be performance overlaps such as 970 and 980, or 980ti and old Titan X.

The only way I see 1080ti even closing the gap over the new Titan X is if it ran on Volta.

uh node shranks never meant less cores. that doesnt even make any sense. also this generation is really messed up. the 1070s are pretty much the price of the 980s when they launched.