Since Comcast nixed buying Time Warner because sometimes things do work out for the good guys (us) it looks like Charter might be interested in TW, what's you thoughts on it? I'm a TW customer who would have gotten Charter if the Comcast deal had gone through, but I really know little about them and their good points vs bad points. 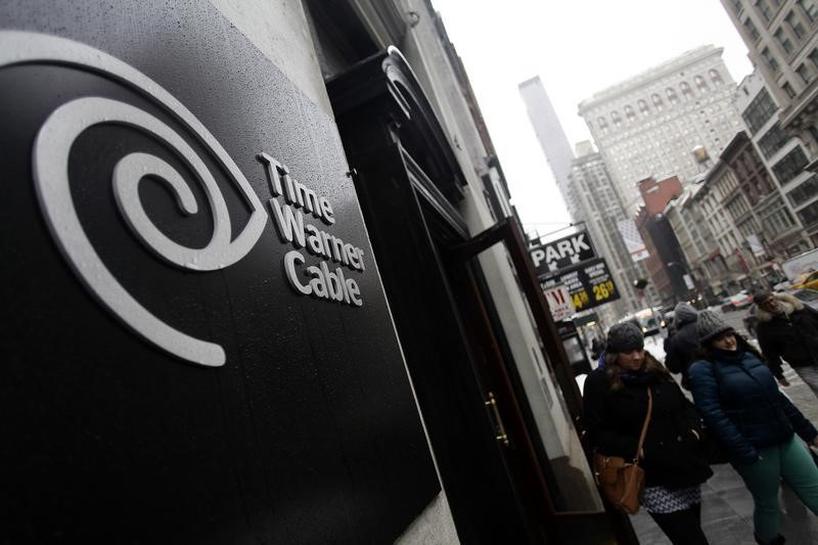 As a former employee of charter, before the comcast thing we were looking at twc already. Charters level of quality control at least at my area SC wisconsin. Was very good, most of the time if service was out it got fixed right away. They are trying to do a lot more to get if fixed with the first tech you request.

They're goal is customer service, and to provide the best level of service they can. Most of the Charter techs will fix any problem you have even with stuff that is probably above their job.

I now am outside of their area with TWC and within a few months of being with them we(my roommate and I) have already had billing issues, and when we called they were like well, it can take up to a month for auto pay to take effect and soo ya the late fee will stay and go fuck yourself.

If that had been charter they would have credited it back and probably gave a small discount on the next bill because they take credit for stuff that gets messed up.

If you have to call charter out, and they find that the cable coming to the house or a charter equipment went bad there is no charge for the trouble call.

If you call them out and the cable inside your house is bad they fix that and everything else that is also wrong without extra charges. Its a one time charge of like 50$ to fix everything at that one time. and if you do have to call back for another issue(within some time and depends on the tech you get for the amount of time) that next call is free because the last tech should have fixed the issue.

And charter's call centers are like 90% in the usa, with the other being in the Philippines.

I'd prefer to see them all get broken up into smaller businesses, and not allowed to throttle customers, or buy each other out.

More competition is what is needed, not less.

Charter does not throttle customers.

I'd prefer to see them all get broken up into smaller businesses, and not allowed to throttle customers, or buy each other out.

More competition is what is needed, not less.

My personal belief is that every city or municipality should own and control the "last mile" and let the big ISPs provide the backbone connection to that last mile on a multi year contract, not that cities would be better at handling the end users but at least there would be recourse in the form of elected officials being held accountable for poor service issues instead of a big corporation.

Not much of a difference between the corporations and elected "representatives", who've already been bought and paid for. We would still have the problem of throttling and censorship.

i have cox a sister company of Comcast and id have to say that they are almost but not quite as bad as Comcast. prices are higher than they should be connection is far from symmetrical. they do break support for 3rd party modems for about 2 to 3 weeks once a year. and they also have a looming data caps that are not enforced yet but the system is in place to put them in use at anytime.
cox thankfully does not throttle p2p traffic much if at all. and does not use horrid traffic shaping for video streaming websites. and the customer support is decent most of them seem to care but they are pretty tight lipped about the outages that happen to 3rd party modems.

my other choice for internet is verizon fios and i had it before and the stability of it was very bad outages in the afternoon throttling at night and poor traffic shaping for most video websites. refused to activate my docis 3.0 modem because it was not sold by them and forced me to use they router modem combo that i could not adjust the settings for. tack on the amount of time they spend on them trying to get you to get a combo package when you dont want one and limiting all of your choices with out one.

in general most isp's in my area think that they are the backbone and not the guy that passes on access to the backbone. i am looking into having cojent or lvl10 or even tier1 use the fiber line that verizon ran and just deal with the real backbone and say f off anti competitive corporations.

i have charter, it's not so bad.

i am looking into having cojent or lvl10 or even tier1 use the fiber line that verizon ran and just deal with the real backbone and say f off anti competitive corporations.

That's a very interesting idea, do you have any idea what the monthly/yearly costs would be? I'm assuming you would need some type of modem/converter/transceiver hardware and your own gateway server?

I have charter. Service is not great, but it's the best option by far. Charter is positively wonderful compared to AT&T or Verizon (the other two providers in my area). Most importantly, my bills never have extra charges on them (as opposed to AT&T, which were always at least double the amount of the plan I had signed up for).

Charter does odd/questionable things sometimes. For example, they had a program a few years back (which apparently is still in effect) where, if you mistype an address or something, they hide the 404 response and instead show you a search page where they get paid for your clicks. It was very, very difficult to get info about this program (had to get to a second-level manager before I could even get confirmation it existed), and harder to opt-out (they claimed opt-outs were based on the modem's mac address, but it was actually a browser cookie which expired periodically (and, obviously, only affected one browser)). However, simply switching DNS servers solves this issue (and many others). Charter is more "hapless" than "evil."

Charter's tech support is terrible as well, but I'll buy the "customer support goal" that @Urworstnit3m3r claims. If you can control the conversation (and can explain what a "Linux" is), you can get stuff done with them. And all the field guys I've met are knowledgeable and friendly.

tl;dr: I read this thread title as "TWC buying Charter." I am very glad to hear it's the other way around.

Yes several things they do are ether just forgotten about or bad business practice but that is with every company. Let me start by saying I do not work there anymore because of certain policy's they were enacting on the techs making our job even harder requiring us to run several test that all do the same thing just to verify with the paper pushers that we were doing our job, and then turn around and tell us we take to long on jobs.

And it is very true that the people over the phone are to put it nicely, "read a script and don't know shit". There are a few that do but most are not what I would hire for a support staffer. And they too are another reason I left, they would send us out to fix a charter customers printer.... a fucking printer, do we look like best buy???

They have a good goal plan but some of their execution is not what I would call great. In the area I was in it was about getting things fixed the first time someone calls in, and fixing everything there that is related to charter. The techs are graded fairly extensive on how well we do, repeat rates, job times, jobs done, customer feed back, whether we ran the required test or not and several other things.

I am in no way trying to sell you to charter just trying to inform everyone. Every area with Charter will have different results. I mean for like 5 months the "my account" was broken and just took you in an endless loop of "you need to login" when they changed the website to make it "better".

I never heard of that webpage issue but i was only working there for 3 years and only recently left a few months ago.

@traq2 I may not work there anymore but what kind of issue are you having with your service?

if you mistype an address or something, they hide the 404 response and instead show you a search page where they get paid for your clicks.

Is this if you use their retarted search engine? or something on their website?

I'm not exactly sure what it is. Sometimes I'd type something into Google and when I hit Enter, instead of giving me a list of sites relevant to whatever I searched for it would take me to some Time Warner site, which I think may be their retarded search engine.

They have a good goal plan but some of their execution is not what I would call great.

I may not work there anymore but what kind of issue are you having with your service?

Nothing specific at the moment. I recently dropped the cable part of my package because it hadn't worked for months; after a while the tech came out (for a slightly unrelated thing) and I discovered it was because they'd implemented a new set-top thing but forgot to tell us/ send us a new one. (oh well!)

Is this if you use their retarted search engine? or something on their website?

It is not limited to their services/website. It's 404 hijacking. They want to make extra money by pushing clicks to {search engine x}, and it can be conveniently disguised as a "helpful feature."

Basically, if you go to typo.example.com, you don't get a 404 back: instead, you get a search page and a 200 (← the 200 is the part that really ticked me off). But like I said, they don't implement their stuff all that well. I just use google's DNS now and they don't even have a clue. A VPN is the better solution, of course. And yes, I can believe that basically any ISP would do this.