I’m a 3D designer who is always modeling texturing and rendering. I’m planning to play with corona more eventho i still do lots of GPU rendering.

I need advice on this in terms of RAM and M2 for windows and AIO? 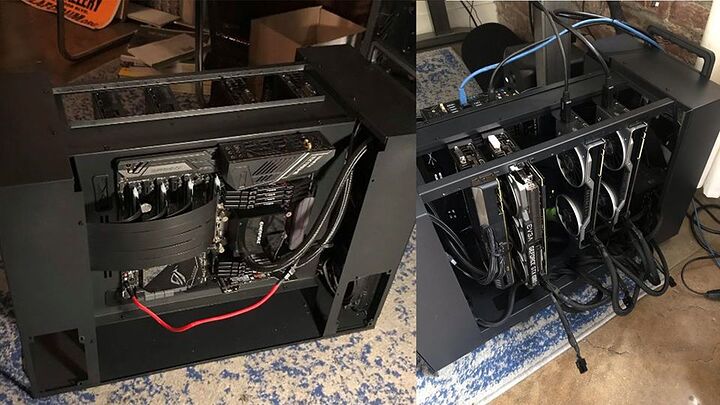 Thanks in advance for the help.

What case Is that ?

I would try and populate all channels ECC and maybe 3200 if 1st gen threadripper can handle it.

M.2 I’m also looking at a new build and the few that stick out to me are:

Terms of space I guess that is down to how much you have to install etc.

Hope I could help

Seems a no brainer to upgrade to ECC DRAM with a platform that will support it properly.

Very lucky with the Enermax AIO I guess.

You still want a full coverage block for the IHS and the AIO choices that do that are very limited. Most solutions are custom cooling blocks which also provide the absolute best cooling.

The Cooler Master ML360 TR4 edition is the only other full IHS coverage AIO solution on the market other than the Enermax TR4.

I use the Optimus PC Absolute Threadripper 3+ block on my Epyc 7402P and TR 2920X cpus. Best on the market in my opinion but takes a while to get. Looks like 4 weeks currently.

Second choice would be the Watercool Heatkiller IV Pro block which is easier to get but you still have to wait since Watercool is a build to order vendor.

A custom loop with soft tubing is not that hard to install and will perform circles around any AIO.

How have you found the Optimus ?

I’m currently deciding between that and the new EK full nickel magnitude block.

Only seems to be a few degrees between them both from what I have seen.

+1 for the custom loop even if it is just for the cpu.

Well I don’t have any personal experience with the Heatkiller IV Pro TR4. It actually was on my shortlist until the Optimus appeared on the scene.

Was coming from the XSPC Raystorm Neo TR4 block and the Optimus one beat it by 8 degrees. Massive amount of finstack area. Supposedly, Optimus claims it can dissipate 800W with ease.

OCN members tested the EK Magnitude, the Optimus Foundation and the Heatkiller blocks and they all were within a degree of each other. But that was only with the relatively low AM4 PPT of 142W.

You need to try and cool a lot more wattage for the different blocks to pull away from each other in performance. The 280W TDP of Threadripper will provide that test. I haven’t found any similar extensive controlled testing on the TR blocks like exists for AM4.

My friend Ian uses the EK full nickel magnitude TR4 block on his Epycs and is very happy with it. You wouldn’t go wrong with that choice either.

Thanks, Kieth, yeah I came across this video and it is promising, I have a feeling because of the surface area in more intense loads the Optimus would be better also with a full copper block instead of nickel. Thanks!

So how does this 3D rendering work if all the GPU’s aren’t in SLI?

Apologies if its a slight topic deviation but does the Wrx80e-SAGE support resizable BAR? I would be very curious how resizable BAR or SAM could benefit rendering on a platform of this caliber.

I’ve always stuck with plain copper coldplates. I have no intention of delidding any cpu and using liquid metal TIM which would require a nickel plating surface.

And too scared from all the bad plating stories I read in the forums all the time. No nickel for me.

And yes, bare copper should theoretically have better thermal transfer than nickel plating.