Those damn open grates in the back of cases

Hey, here’s a brilliant idea: Let’s design a fancy high-end case with dust filters on all the intakes, then stick a bunch of random holes in the back.

Oh wait, everybody does that already.

What I’m talking about, of course, is stuff like this:

That’s the Be Quiet Dark Base Pro 900, an otherwise very nice case but hardly unique in suffering from this problem.

Why does it matter, you ask? It’s not like there are fans on those grates. Well in the old days when the number of intake fans was usually greater (or at least comparable) to the number of output fans it probably didn’t matter as much, as you would create an overpressure situation in the case where air wants to escape, so the open grating would tend to vent out.

But this case, like a lot of high end cases, supports large top radiators. You can put a 420mm radiator in it, which means three 140mm fans pushing air out. Plus the additional output fan on the back (there’s no dust filter there after all so you’re probably not going to use it for intake…) means you have a total of four 140mm fans venting out. You’re probably not going to have 5 intake fans (I don’t even know where you would even put that many…). So unless your intake fans are running at a higher rpm or something you’re going to create a low pressure zone inside the case. Meaning that air wants to come into the case. And guess what, there’s a bunch of holes in the back! So air will come in the case though those holes. Holes that aren’t dust filtered at all…and tend to face the dustiest back corners of your room (let’s be honest…).

Honestly I want to just cover up those hole entirely. And maybe get a third party dust filter for the rear fan and turn it into an intake, doing all the venting out the top. But there are a lot of holes, and I can’t believe more case manufacturers don’t think about this sort of thing…

Case makers do a lot of stupid things these days. like placing dust filters on the top exhaust fans.
Or this S**t. 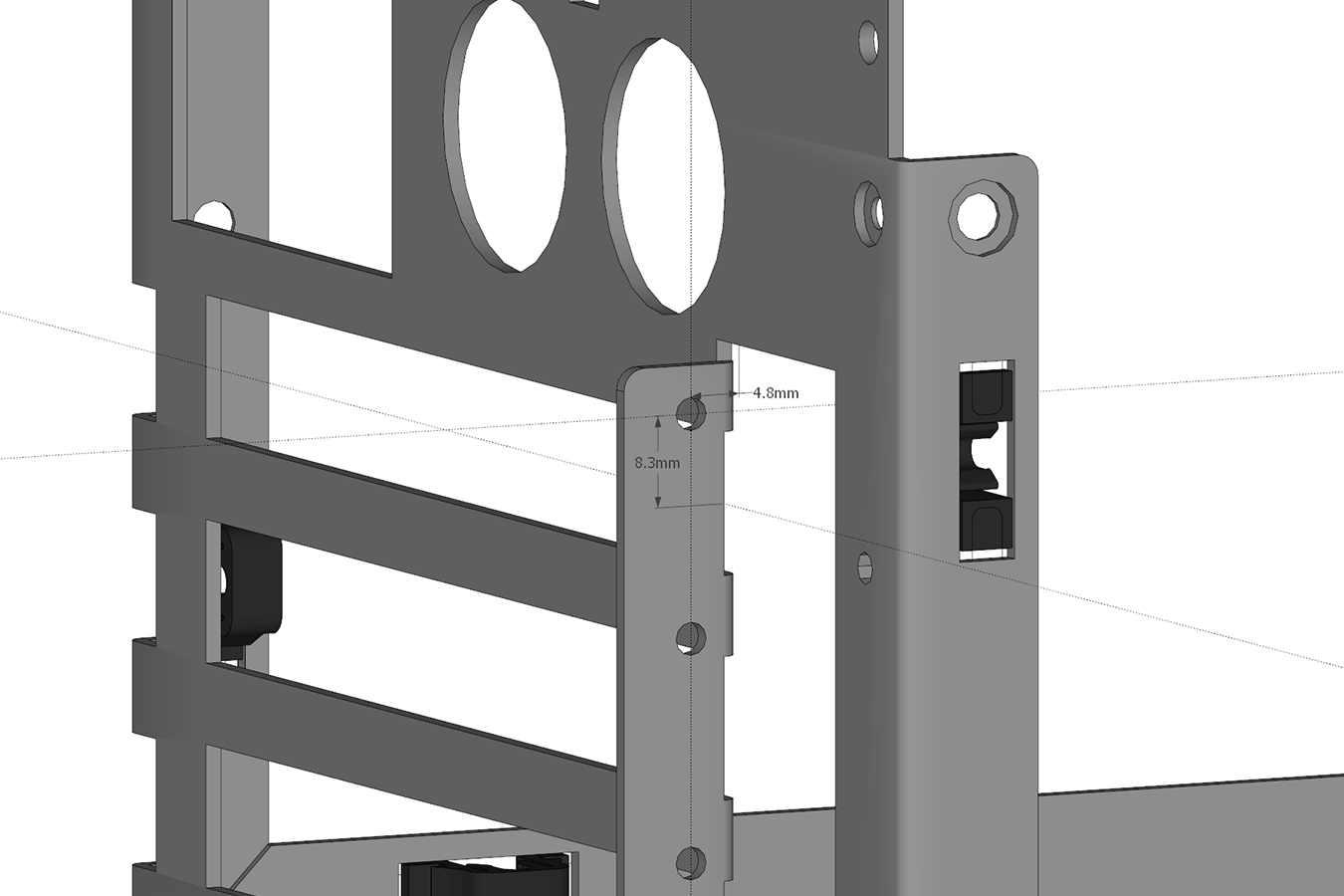 That case is crap. If it wasn’t for those holes above the expansion slots, it wouldn’t have any airflow at all.

Well in the old days

Wrong… Couple years ago is barely old days. Phanteks for example still gives you the option of adding a billion fans on the bottom of the case. The fact, that even Fractal Design and Cooler Master moved away from well designed airflow cases doesn’t mean there are no decent airflow cases.
Have you seen the Thermaltake cases? Fans on the bottom for intake. Define R5 and Define S can support I believe up to 5 intake fans… So yeah…

I tape these abominations up for the most part, it’s fortunate that they tend to be on the back of the cases.

My pet peeve is when the rear exhaust has a cut out much larger than the fan in order to make the precise position adjustable. As if the air coming from a tower CPU cooler would shift its exhaust air straight into that exhaust without a funnel between them. That’s just not how air ends up flowing through a heat sink or into a fan, but instead these nearby holes lead to some recirculation of the newly exhausted hot air. Even in a case with an overall over pressure, since the local underpressure tends to be stronger.

Honestly I want to just cover up those hole entirely 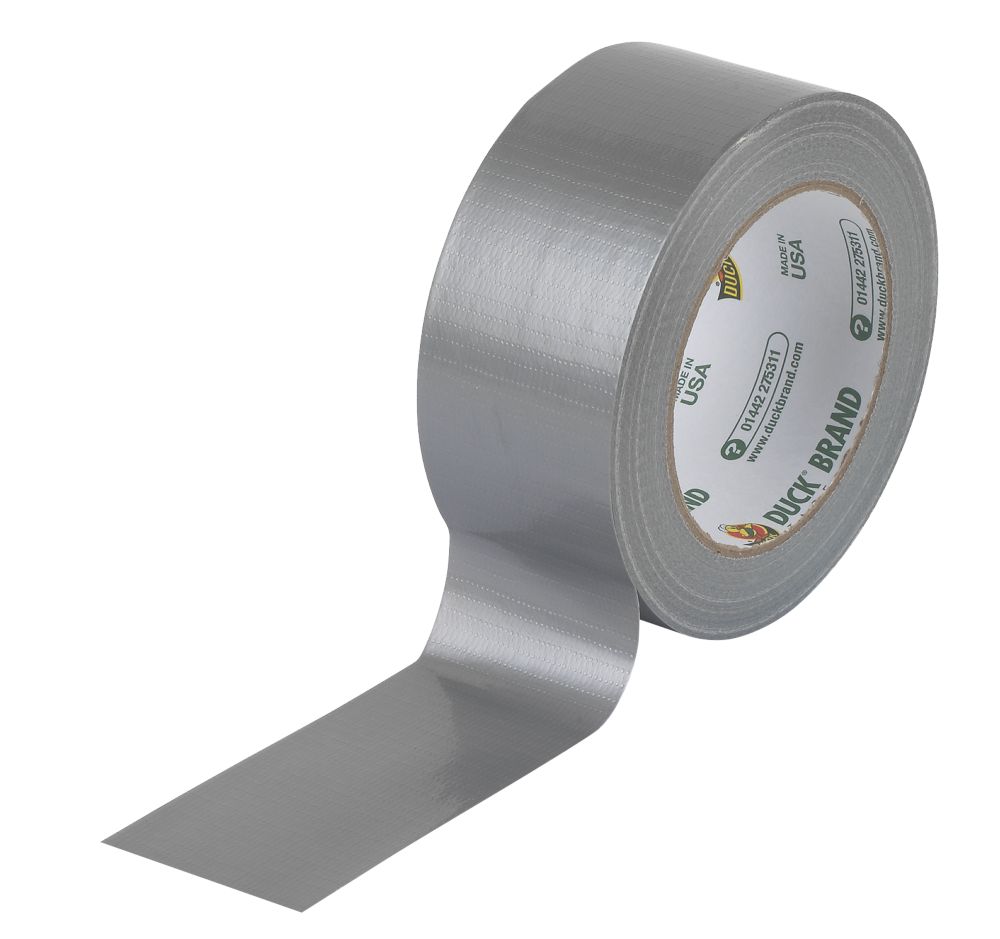 So you think this:

Is a better option than this:

It’s not just for dust filtration anymore. It’s also about looks. And yet I am using 1 top exhaust while having space for 3 and it’s doing it’s filtration job.
I like the universal solution of magnetic filters for the roof with the single purpose of uniform looks and mounting slots coverage ala Thermaltake… 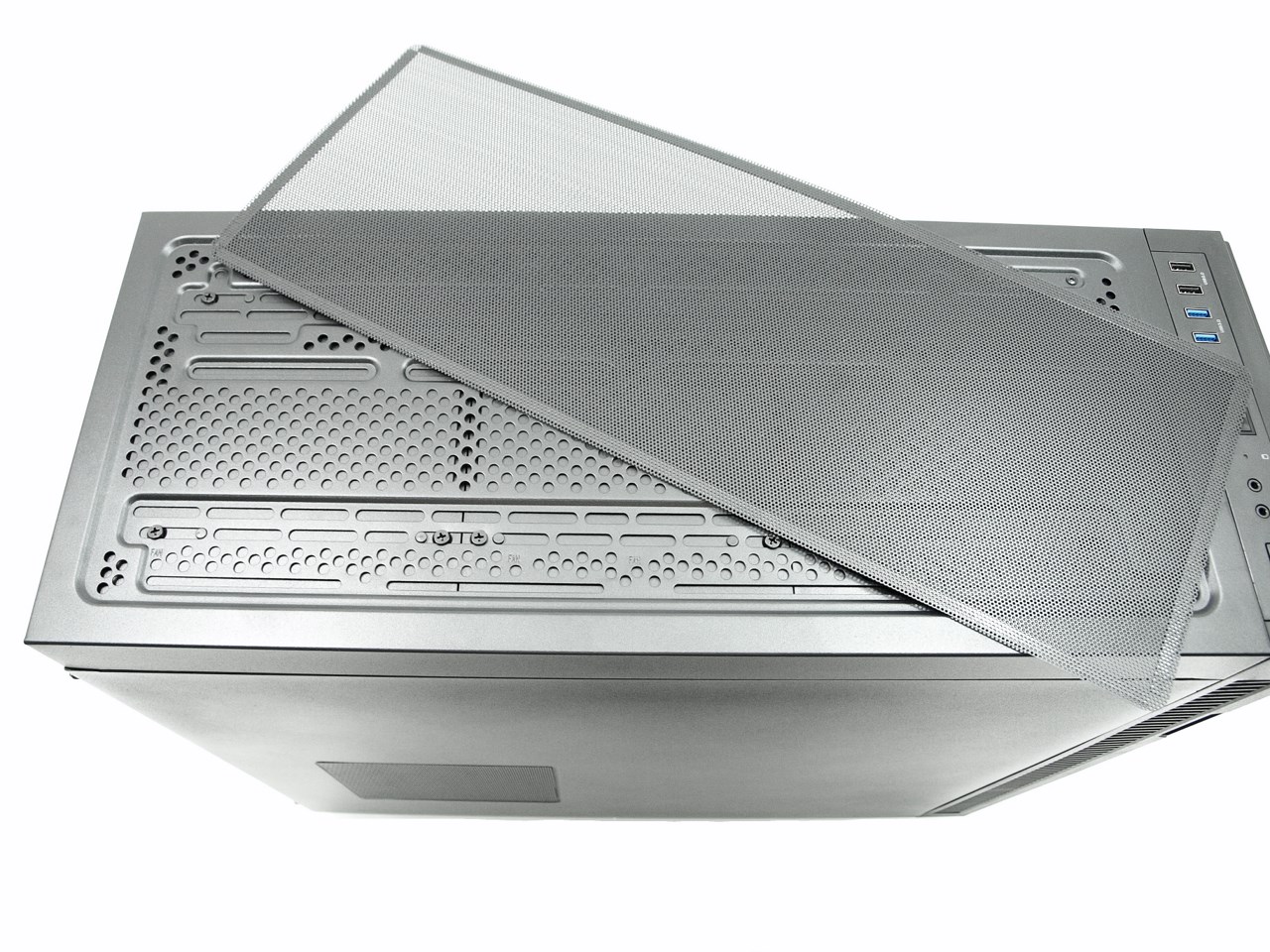 Honestly I’ve never had a reason to dislike these myself… people get super stressed about “dust ingress” but really cases are nothing like airtight anyway, so unless you have an intake fan on it I wouldn’t worry too much…

As for the adjustable rear fans, this isn’t so you can get it directly behind the CPU cooler, its so you can still install a fan with either a top radiator in the case or a rear radiator… and depending on the realitive size of the top vs bottom radiator tanks, your mount location would be variable, hence the slots instead of two sets of holes.

Also while the air is turbulent, I very much doubt much of it is doing a 180 degree turn to re-enter around the fan unless your case was very near a wall or similar… I can’t test every case, but in my Define R4 with a h90 AIO exhausting in the rear slot, I checked this pretty carefully, and if you hold something thin\light like paper over the surrounding grill it blows outwards not pulls back towards the case, even with the front fans on the lowest setting (2x 140mm at 5v).

If you really don’t want the grill though, you can very likely attach a plate clamped between fan and case with just the circular cutout… it would need to be very strong, so it could be made out of whatever you have on hand, and as the edges would be tucked up near the lip of the frame, you’d get away with some pretty inaccurate handywork before it’d be noticeable.

Do keep in mind that a radiator restricts airflow. Three 140mm fans on a radiator generally tend to move about as much air as two 140mm fans that don’t have to deal with the radiator’s fins.

That being said, on air the current fan setups in most cases are just stupid. If you want anything more than 2 intake fans you need to mount them in the bottom, which means you need to move your hard drive cages or have the fan so close to the PSU that the cables may be in the way.

On my own Storm Trooper I ended up making custom fan mounts so I could put a pair of 120mm fans in the front and another pair on the side (the case only allows one of those, not both). Combined with the dual 140mm fans in the top and the single 140 in the rear, that gave me a theoretical 200cfm intake and 180cfm exhaust on SilentWings2 fans.
I only need to blow out the dust every 8 months or so, so I think I got it right.

Have you seen the Thermaltake cases?

yeah, but people who buy Thermalfake either aren’t well-informed or have no decency. Buying Thermalfake means you are actively supporting crooks and thieves who rip off smaller companies’ designs and then bully them into silence if they dare to protest.

Well It’s not that stupid if you think about it: near the PCIe slots usually there are components that produce a lot of heat, like GPUs. All that vented area is there to prevent the formation of pockets of hot air.
I’m using a Noctua NH-D15 a massive air cooler that blocks almost all the air that gets out of the GPU and wants to escape from the top of the case following the natural path of hot air.
All my components are housed in a Phanteks Enthoo Pro, a well ventilated case in my opinion.
I’ve installed two Noctuas 140mm fans in the front, moved the 200mm one in the top and GPU temps only dropped by 3°C (no drive cage between the fans and the GPU; front fans running @80%, GPU fans on auto and GPU @100%) while my CPU temps dropped almost 10°C.
This is just to prove how bad already are things if you’re using a giant air cooler and hot hair has nowhere to go.

I know that heat rises, but I’m often taken aback by the near universal refusal to use a filtered fan mount as an intake simply because it at the top of the case. The natural, unaided speed that air has when warm is, what, about one order of magnitude less than using a decent fan? My point is that using top-mounted fans as an intake is a perfectly viable option and that most people don’t ever consider it. At all.

I’m not saying that this answers every problem, but it is an option to remember, and will be applicable in some scenarios.

Its useful for anyone willing to mod the case for more air flow.

Thank you for your comment Xanax. This thread however is 5 months old, and threads older then 4 months old that are commented on go against our necro rule. If you have any more information to share please create your own thread and link this thread to it.