This guy on YT thinks crazy things about the Steam Controller

So I am arguing with this guy on Youtube about the Steam controller. He seems to think that Valve could have written a driver that would make the Controller pair with the steamOS without any extra hardware required. No dongle or chip inside the machine that talks to the controller.

Arguing on the internet is like arguing with a honey badger, it's not going to go good any time soon. With that aside, you'd need some sort of dongle, whether internal or external, as it's wireless, you need something to connect with dependent on choice of frequency.

I don't see why you continue to argue with people. ESPECIALLY on YouTube. it's like talking to a wall.

The wireless receiver not being built into the steam machine is a hardware discussion not even a driver one. he should be blaming dell for that anyways. the Drivers for the steam controller are native on Linux, (well native to Kernel 4.2 I believe(?) don't quote me on that) and i've seen some PCiE cards, where a USB port can be hidden inside the case. just connect the dongle there and boom. problem solved. but the dongle is required regardless it can't just be built onto a motherboard like an Xbox or PS4 controller.

Are we really going to argue about a fucking adapter? Lol

What he is proposing is using the standard Wireless (WiFi) adapter to connect the controller, not an additional USB device. This is all fine and good providing you have a wireless adapter and you are not using it for network connectivity.

That would require two wireless chips. One dedicated to a controller and the other for tasks. The issue is what if they conflict?

The issue is what if they conflict?

And that's the problem. or if they don't one signal will be stronger than the other. if it shared lets say the wireless chip. your wi-fi signal may go down, while your controller signal will go up and vice versa

No, instead use the standard network communication protocols to pass the commands from the controller to the wireless adapter. Treating the device as a network based device rather that a directly attached HID.

The problem with this is latency. 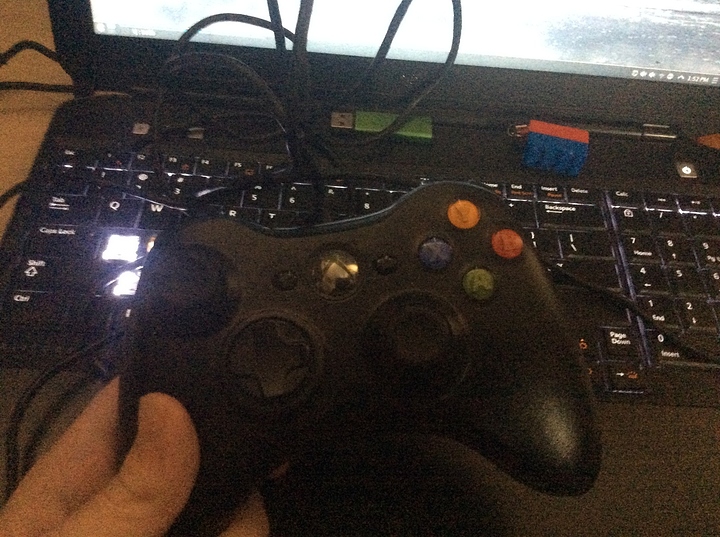 Get a USB extender and your golden. No adapter, just a cable going through the room

Does the steam controller use bluetooth?

nope. it's a proprietary dongle.

ive tried to do that but it doesnt work :(

Wow that is a monumental fuck up for a company so dedicated to open source and standardising things.

it's shouldn't come as a surprise. Bluetooth isn't great when it comes to latency anyways. and you need to seperate the wireless (Wi-Fi) signal from the controllers signal and the reciever. if they were shared it could conflict. ALSO everyone and their mother offers a dongle with their controller. might as well Valve do it too.

the drivers are open source, that's what separates Valve's controller from everyone else.

Sorry, I can't help you there

But now yet another things has to be plugged in and take up yet another slot. The PS3 had lower latency over bluetooth than every other console and was perfectly usable. And it does not even have an on board rechargeable battery. Is Sony the only company that knows how to make a controller? This steam controller is a mess.

Exactly the console did. doesn't mean your PC or steam machine will. OEMs use different hardware. as for the on-board rechargeable battery. You're making it seem like it's a good thing that it's non-removable on the PlayStation controller it's not. there are rechargeable AA batteries you can buy that will work with an Xbox controller or a Steam Controller just fine.

and for taking up slots. these machines have two UBS ports on the back and like 2 more on front. four is more than enough for all your peripherals.