Last year i’ve built the most exagerated home network i could afford (including my mom’s old computer that was hanging around, doing nothing), problem is, i think i may have overdone it.
What i currently have is:
-“Networkstallion” Untangle box (Z77, i3-3240t, 250gb HDD, 4gb of RAM, Intel D33682 dual gigabit NIC)
-Tp-Link TL-SG1016 and TL-SG108 switches
-Asus RT-AC1200 router in AP mode (more on this later)

It does make a nice job of keeping everything in check, problem is, it also consumes tons of energy as well and combined with abnormal air-con usage in the last two months, made the bills rather heavy on the pocket.
I also can’t deny i’m a novice when it comes to enterprise level networking, i can configure everything and anything i need for home, but enterprise gear like pfSense and Untangle does absolutely no favors to me, as i can tell.
I also need another wireless AP because while my RT-AC1200 reaches the other side of the house, it keeps dropping packets when i get there.
So i was thinking, i can sell the parts of the computer, buy a really good router (something like an AC3200 from Tp-Link, there’s a lot of options here), remove the 16 port switch and replace it with an 8 port switch (since only 4 are being used) and be done with it.
What do you guys think?

Also, i should mention that my connection is WISP provided via an Ubiquiti Rocketdish antenna, 7mbps only which is the best i can get until next year (when 25mbps optical fiber comes to my street)

Then just cable them together.

It will push full gigabit speeds, be ultra low power. ~55W for all three of the units at max load.

I just did a network upgrade for a friend and he has a very large house/property so we went with 3 of these LR units. But I can attest that they are awesome and have great range.

Basically with this setup, update stuff and that’s about it. Very low configuration, and very good out of the box experience.

I think we can do a bit better than five hundred bucks.

Flash the two TM-AC1900s to stock RT-AC68u firmware. Use Asus mesh (AImesh) with either ethernet or two MoCA adapters for the backhaul. Or just use wifi for the backhaul, which will also work fine but be a bit slower and higher latency. It will get connectivity to your whole house. 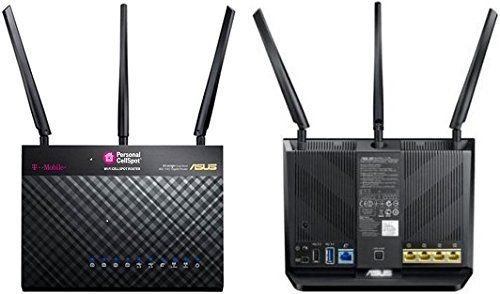 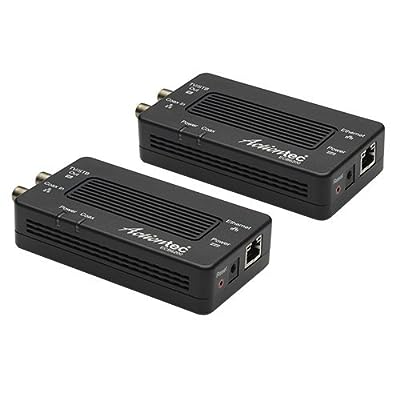 Hmm, way too expensive unfortunately, i was thinking about actually reducing costs to help fund my Ryzen build…

That’s better, but i think there’s no need for two routers, the AC-1200 will be kept since its decent enough for the other side of the house. Also, the house is well provided of ethernet connectivity, i have a bunch of CAT6 keystones on both sides.

If you have ethernet wired already, then buy a single RT-AC68u, use that as your main router, put the AC-1200 in AP mode and plug it in at the other end of the house. Total cost $54.97.

I’ll se if i can get one of those here in Brazil, probably yes.
I’ll search for some other ones in my price range and post here, ok?

Sure. That refurb t-mobile router is basically impossible to beat on price/value, but really any recent AC router would do just fine, like an Archer C7.

Note that the AC-1200 won’t work in mesh mode, so as you move around your house you may lose connectivity briefly as your device switches wifi networks. But it will work well enough.

If you sold all your current stuff, and then factored in the reuced operation cost it would drastically reduce the overall cost.

The Archer C7 is reaaaally easy to get around here, even local stores sell it at internet prices!
I don’t mind mesh much, should work well then.

Archer C7 is another great value. Can’t compete with that refurb Asus, but it’s a great deal new. Go for it, you’ll love it.