Level1Techs is a community designed around sensible utilitarian individuals and what better way to show that than through our mutual love for our slate rectangles.

The Thinkpad is a pinnacle of business laptops. Its no-nonsense style, coupled with the stellar keyboard and enterprise support make it the epitome of a workhorse.

Why ThinkPad?
Used machines are plentiful and cheap
Excellent keyboards - tactile feel and quiet
Great durability: magnesium rollcage for structural integrity, with high quality plastic body panels
Utilitarian design: e.g. indicator LEDs, 7 row keyboard layout on older models
Docking stations that easily turns your laptop into a desktop
Easy to repair (most models), upgrade & maintain thanks to readily available service manuals for every model, spare parts easy & cheap to obtain
The best TrackPoint™, great for those who type a lot or hate swiping their fingers all over a touchpad
Excellent GNU/Linux & *BSD support

This is not the place to post about Thinkpad news or Lenovo releases, please use the other threads and posts for that.

By THINK I mean take everything into consideration. I refuse to make the sign more specific. If a man just sees THINK, he’ll find out what I mean. We’re not interested in a logic course.

I’ll start things off with my own current daily driver Thinkpad, the X230. 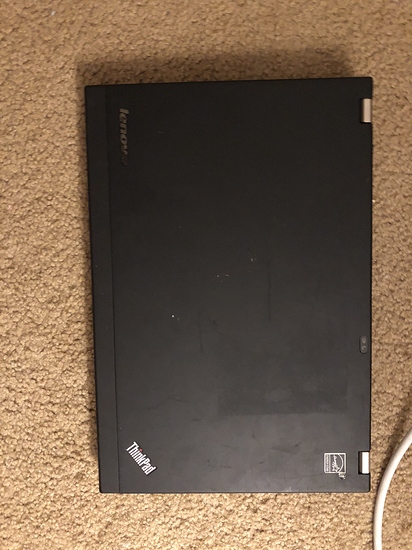 It’s equipped with a Core i5, 8GB of RAM, and an 1366x768 IPS display. Currently I’m using the Lenovo OEM 6 cell battery, but I’m considering a third-party 9 cell battery. 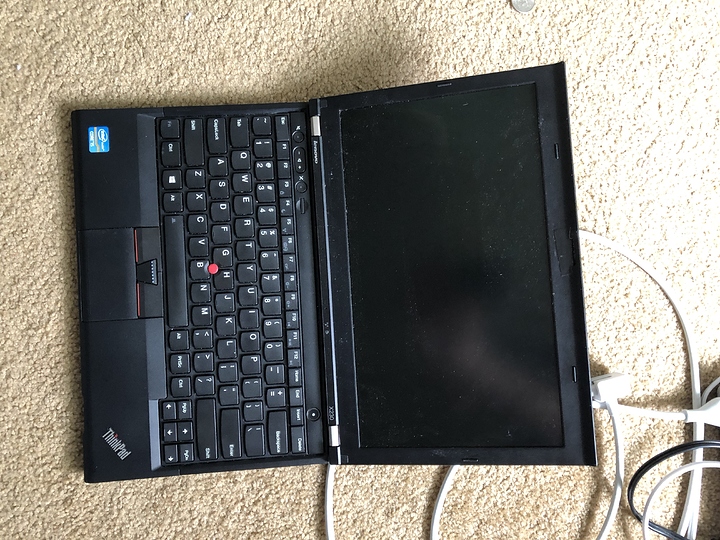 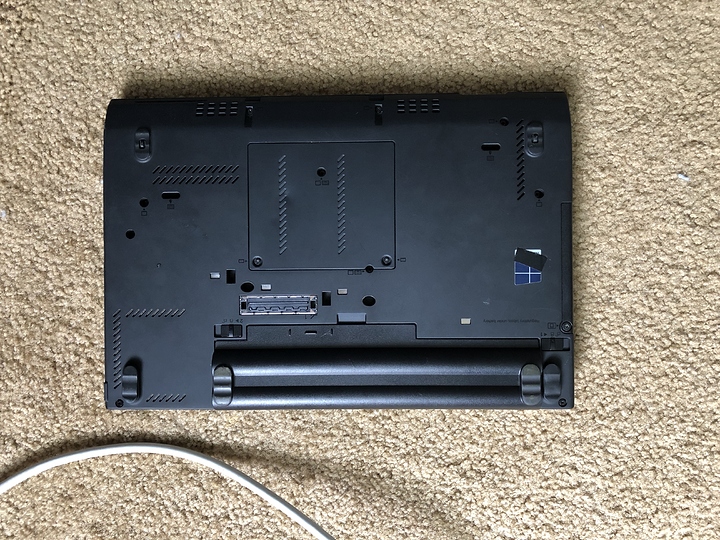 I’m hoping to do the FHD mod sometime or do something else, but I’m pretty content as it is

Currently don’t own a ThinkPad but I just bought a joblot of X60’s. Gonna upgrade them, throw in some SSD’s; keep one and sell the rest. Interested in keeping one because I can libreboot it and you can disable the ME, most of my work Is CLI is the low specs wouldn’t matter much to me.

The x60 is also super easy to Libreboot. Much more than say the x200. I used to have an x60, but it died and I didn’t really have the heart to resurrect it again.

X201t on the right is the one that gets the most use. Got a few more still packed from moving that I will have to dig out eventually. 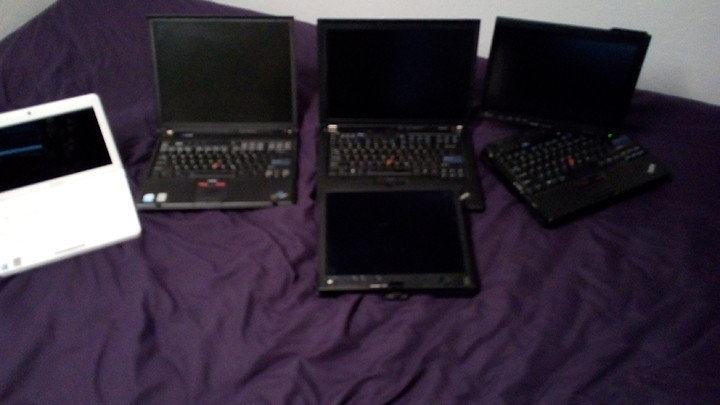 Also got an A31 and two x60s around here somewhere in a box of laptops.

Trying to get my hands on the s30 and eventually a W series. Need to do next build before I got nuts buying all the thinkpads again.

Just recently picked up a T440P and had fun doing some mods. Backlit keyboard, proper trackpad and m.2 OS drive are all installed. I swapped the optical drive for an SSD caddy, so I now have two 2.5" SSDs to go along with the m.2.

Also have an X200 sitting on my shelf that was my go-to before the T440P. Although that keyboard is just butter, I’ll probably sell it off soon.

had a x1 carbon and switch to a razer blade stealth for gaming… hate my decision.

x1 was great, lightweight, powerful, and that kkkkkkkkkkkkeeeeeeyyyyyyyyyboard! miss it. 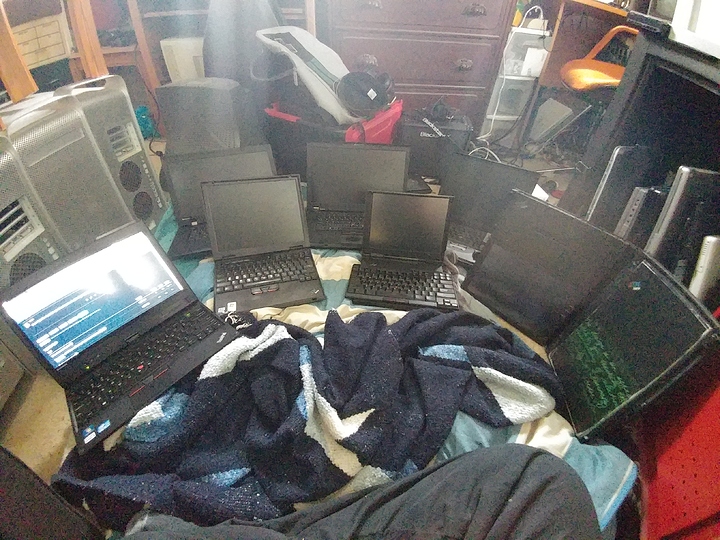 Sorry what I can’t hear you all ovur my thinkpads.

From the back and back around:

The X230T has been the secret machine. There will be a large workflow thread coming soon.

Also if anyone wants to buy the transnote feel free. Original pad of paper and everything. I just don’t have a pen.

E565 here, mostly just a daily everyday driver. I have changed many things on it, got a 1080p ips screen on it, changed the wifi card for an intel one, put liquid metal on the A8-8600P, removed the dvd drive for a 1TB hard drive, put in a 500gb ssd. I changed from windows 10 to mint to fedora back to 10. I have a couple of better games on it and watch a lot of content on it. If it were to die soon (has random shutdowns on battery) I would want to make an external keyboard out of it as well as an external monitor from the display. I love this thing

Are you a collector or something? You’ve got a transnote and the one with the extending keyboard! Cool stuff.

Nope. Just happened upon them and found them cool. Apparently transnotes are rare as fuck but I’ve never gotten anyone to buy mine :T

My guy I tried tomgive the fucker to a museum and they wouldn’t take it for some reason. That was an insult enough.

I don’t know what I would do with a P3, but I’m willing to find out for $20. I would normally offer more but I just bought a car and need to save money again. If you’ve still got it in a year from now maybe we can work something out.

I’ve had it for 8 years I think I’ll probably have it for 8 more lol.

They’re rare so I don’t think I can take 20 bucks for it.

So you’re saying I should start an auction at 500 dollars.