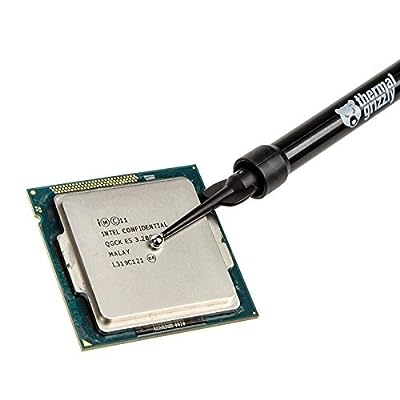 Our Conductonaut liquid metal thermal compound is designed for applications that require very high efficiency. Conductonaut is recommended for experienced users who are looking for a top performance p ...

Idle temps are now near ambient and longer full load torture tests are between 2 to 3 c lower than they were on my previous arctic 5 paste.

Would I recommend it / Is it worth the extra cost?

Dubious, more than double the price for a 2 to 3 degree reduction under stress load.

You can get cheaper with little loss in pref(Thermal transfer), that being said I do have kryonaut for my main rig with custom loop. I have cheaper stuff for everything else. Its 100% not worth the money, but eh if you have the money to blow it is measurable results.

Dubious, more than double the price for a 2 to 3 degree reduction under stress load.

At that point, you're more limited by the TIM under the heatspeader.

Was looking at this stuff yesterday, and it can yield 20°C drops on laptops when you also undervolt.

Thermal Grizzly is used very frequently in the competitive overclocking world due to it working well with LN2. I've also heard things in line with what Zavar said in terms of temperature differences around 20 degrees celsius in laptops when paired with undervolting.