Looking to do a build for streaming one of my systems and recording with another.

On my gaming side, it’s rdna 2 graphics to hdmi 2.1 for vrr and hdr on oled panel. I would love to get a capture card for one of these but they don’t exist…

So I’m thinking of splitting the hdmi signal from the gpu, and downscaling it to 2.0 speeds for a capture card, and still have vrr hdr and all those goodies on the gaming rig.

8k hdmi splitters and downscalers don’t really exist either, with this one from Wolfpack one of the only ones I’ve seen: 8K 1x2 HDMI Splitter with 4K Downscaler .

But in theory is this sane? I could probably just as well upgrade to a 5900x on the cpu side for streaming through software at the cost of this but looking for input.

The problem is the variable refresh rate, I deal with this in esports all the time and the reality is that you simply wont get a device that can accept 120+ hz refresh into a capture device. What we do most of the time is either lock to the capture rate (generally 60) or we clone the monitor through windows and configure one output for VRR and the other without locked at 60hz.

You dont need to or want to down convert to HDMI 2.0, what you want is to generate a totally different signal without VRR.

I would try hooking up 2 monitors, one with VRR/HDR and one without, then set the displays to clone and see if your GPU allows for the 2nd display to have a fixed refresh before you go buying anything.

Couldn’t have asked for better input! Gonna try today and see if it works!

clone the monitor through windows and configure one output for VRR and the other without locked at 60hz.

Any sources for how to do this or limits of doing this? Currently I’m able to clone my main display to a secondary monitor, but the resolution and refresh rate tanks to the performance of the lesser monitor. Is this supposed to occur or am I missing a configuration step

definitely where in my use case run into issues. I’m currently running an amd graphics card, and the radeon software suite doesn’t have the same features of that of the nvidia… unless someone knows something I don’t and has a way to implement this

My understanding is you need to turn on GPU scaling. I run AMD GPU’s but not in windows so I dont have the same software package.

Ah I enabled it on both, but still had issues with the refresh rate of both monitors being locked to 60 annoyingly. 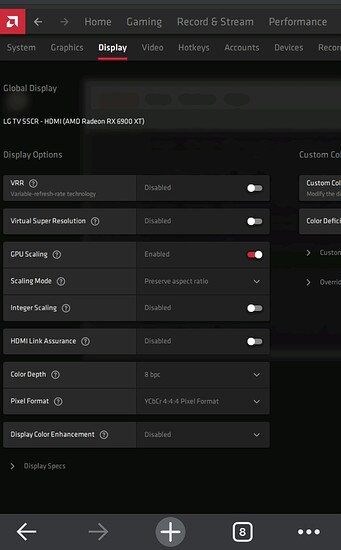 Also Radeon software looks a touch different but I believe the idea is the same. Not able to find a setting to adjust the refresh rate after the cloning process in windows or and software.

did you turn on VRR on the screen that supports it?

This is a bad example I’m away from my pc, this is just a VM instance I’m running, but yes I did

this is the configuration I have currently in my windows machine: 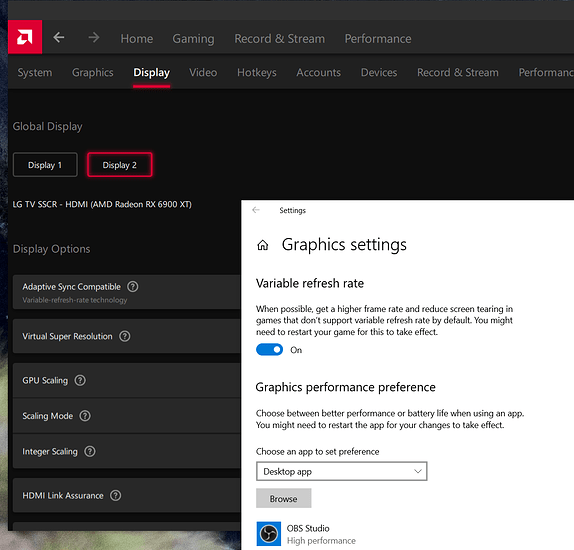 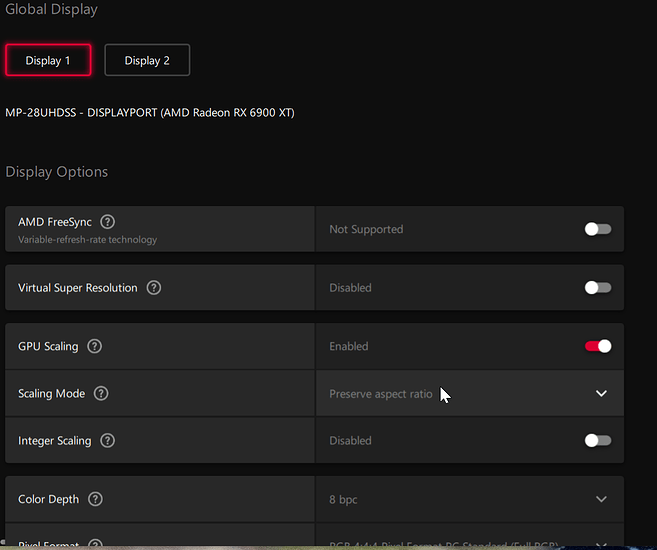 at least to my current knowledge… 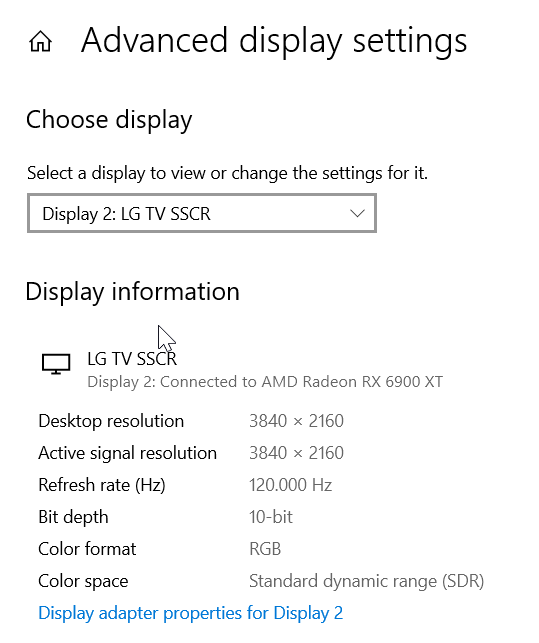 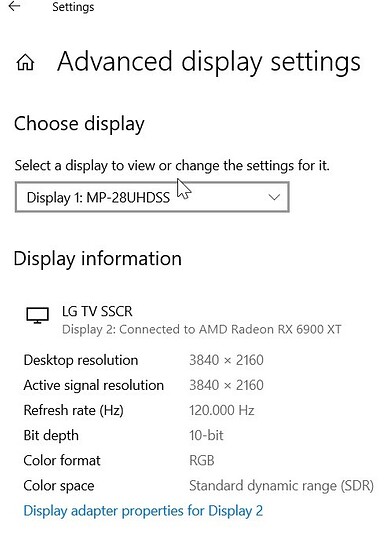 these show the “gaming” monitor with no hdr, and vrr isn’t avaiable within the menu but as for now this seems like a good rest point.