The Ultimate Home Server - Toward an Amalgamation

The purpose of this post (series of posts!) is to gather information about how you, the community, use your home lab and home server(s). That’s a huge topic. So I’ve broken it into a bunch of sub-topics, linked to below. Put the reply in the most appropriate sub-topic but if you don’t see something, say something.

I’d like to start and maintain a guide, both a wiki of sorts and a curated list, of all the available software one could add to a home server to do a lot of common ‘home server’ tasks.

My vision of The Ultimate Home Server is basically a non-cloud AI that Does Everything. But down here in reality, we aren’t there yet. There is no One Program to do everything. So let’s talk about what we like, and dislike, about a lot of popular purpose-specific open source programs.

Eventually we might be able to package some of these up into an add-on for something like TrueNAS; packaged commercial systems like what Synology provides is also kind of close to this. I would say those systems are adjacent to the ideal system in my mind – lot of in-common features – but we can do better by designing the system with different goals.

What might you want in the ultimate home server?

Things that would be nice to have:

What platform makes sense to host this? Obviously a robust platform that supports not just virtualization, but also containers for automation.

In an ideal world all of these components would also support federated login/user accounts.

Sure TrueNAS can install Emby and NextCloud… but can I manage users from one control panel? No. Commercial solutions such as NAS units from Synology go some ways to address this kind of thing, but often the actual implementation is a bit hacky.

One would hope that, after enough traction, we could just provide a pluggable auth module for the open source projects that are most popular with our community.

Someone brought this to my attention; it is awesome: 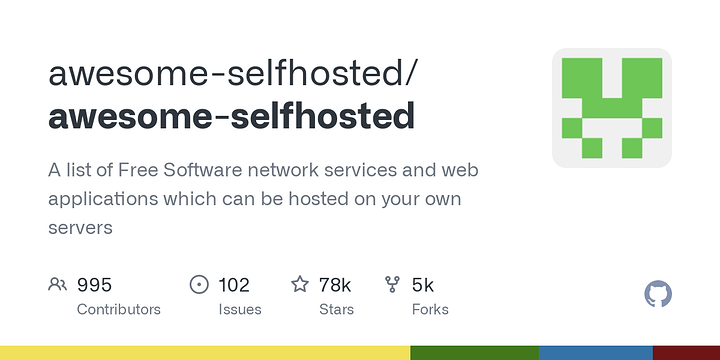 A post was split to a new topic: The Ultimate Home Server - Component: Home Automation

A post was split to a new topic: The Ultimate Home Server - Component: Home Security

A post was split to a new topic: The Ultimate Home Server - Component: Backups

A post was split to a new topic: The Ultimate Home Server - Component: Media Hosting

A post was split to a new topic: The Ultimate Home Server - Component: Knowledge Repository

Running an Unraid Home NAS with Plex, Nextcloud, Home Assistant, Roon, with the standard inclusions like Sonarr and Radarr have been using wireguard as my VPN thanks to the Level1Techsforum.

So I’ve got two rackmount servers:

1 hosting a variety of containers including:

Obviously, the biggest problems I have with this system is that it’s:

I’m in the process of trying to condense all of this down to a single Synology DS720+ because the rackmount servers are too noisy and take too much space that I don’t have at the moment. I’m trying to figure out what on earth makes sense there - do I fight against the Synology ecosystem and host everything in Docker still, or do I accept it and accept the limitations that come with it and hope that NextCloud can fill in most of the gaps?

My goal has always been one, single, unified system, and NextCloud does seem to come the closest to that. Maybe NextCloud + AD backend and then enable AD on all my home PCs and use that to login? But then that makes issues for my laptop when I’m not at my home network.

yes. and I for sure am not going to be able to do it alone. So lets’s build

A post was split to a new topic: The Ultimate Home Server - Whats your Setup? (pics welcome)

A quick update finally I have had the best upgrade for my Home Server switching ISP’s gave me the chance to get a cheap Static IP well self hosting just got a boost.

I’ve sort of been on a similar journey. I’m using UnRAID currently, mostly because it’s just so damned efficient when it comes to power utilization, but I hate how much of the management I have to do via the command line, as well as how much time I had to spend ‘working around’ UnRAID’s design…

For backups, it has a few useful features:

program for recursively comparing hashes and generating snapshots of mount points for historical comparison, so i can verify on any format/filesystem on local/remote whatever

some small programs mostly for processing media to batch rename(for a given directory every file in the first level) insert/remove a string etc, remove unnecessary punctuation, brackets etc

I had great success lately with password management (I just had an Excel file before… yeah I know… not good). Vaultwarden a port of the Bitwarden server with more features and enhancement has been awesome.

I’ve heard a lot about this but I’ve been hesitant to give it access to my entire docs share.
Can I give it read-only access and use it primarily for searching files? Let it build its backend metadata database in a separate directory where it does have r/w permissions, but feed it the “docs” directory in a read-only manner?
This is how I use PhotoPrism (obviously for Photos, not documents) and it works wonderfully.

The only real software I have on my server is an instance of Gitea. And I use it mostly to backup some .txt files.

The good thing about Gitea is that it is mostly ‘set and forget’. I like to play with computers but I don’t like having to babysit them.

Today I think the best upgrade for me would be some backup solution. This would let me keep working as I am used to and hopefully allow me synchronize data between devices.
When I did a short stint as a sysamin I implemented Bareos in the org was at. It was best solution, by far, that I could find and was free at the time(~2016). And the WebUI was kinda nice, albeit a little clunky to configure.

I just joined here based on the latest YouTube video, so I’m not sure the depth of what everybody gets into here.

Would it make sense to have a section for Management / Monitoring? Or maybe that’s getting too “enterprisey”.

I run a bunch of VMs, so I use things like: