This is a companion discussion topic for the original entry at https://teksyndicate.com/videos/tek-0219-transhuman-revolution

Get over and check out the store! https://teksyndicate.com/epicpants

Turns out, Earth Isn't as Habitable as We Think

The one percent discovers transhumanism: Davos 2016

The &lsquo;Uber for friends&rsquo; plans to save millennials from loneliness - The Washington Post

China Could Have a Meltdown-Proof Nuclear Reactor Next Year

Solar freakin' roadways are inefficient in comparison to normal solar technology. Put the solar panels on empty surfaces that don't get driven on and you can get much more power for the money spend. Like over the roads, inbetween the roads or ontop of buildings. That way you can also angle them so they get more light.

Pave the streets with solar panels when the other areas have been exhausted and the price per watt comes closer to other solar panels. There is a reason why countries import resources for power generation from other countries rather then digging them up in their own country, its cheaper to do so.

As it so happens another youtuber just published a video (calculations start at ~3:20) about this very same project and did some rough calculations which result in about 56% of the energy production in relation to conventional roof mounted solutions.

I spent all week listening to people like Neil DeGrasse-Tyson tell me I should be really excited about the detection of Gravitational Waves. Okay... I'm pro-science, even if it doesn't have a currently perceivable reason. Leave it to @wendell to answer my question, What can this be used for? 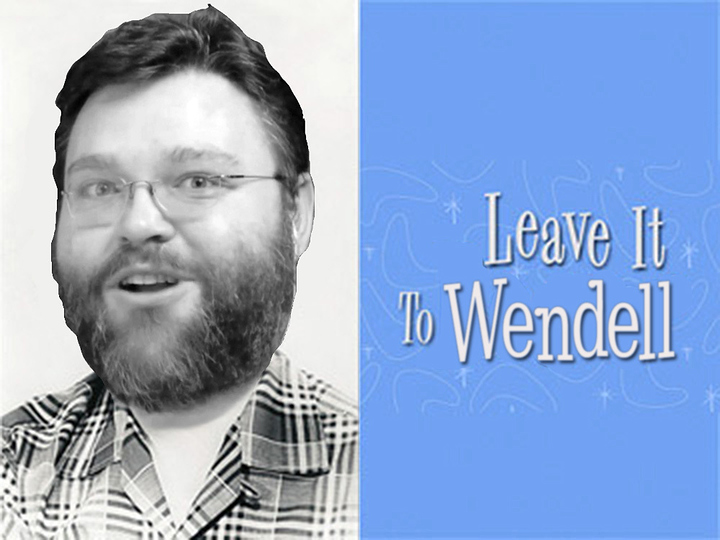 Glad vessel changed how there doing it. But you didnt provide a link xD I couldnt find it, search doesnt seem to work on vessel... I eventually found the link on Teksyndicate twitter

So here you go: https://www.vessel.com/channels/teksyndicate

Did you guys all go to the same barber?

Darwin Awards 2015: 2 alligators, 2 selfies, 3 trains, 4 other causes. (Note that someone succesfully combined train and selfie).
As always, men did a better performance than women, sex ratio=2.

This probably explains partially the gender gap in life expectancy.

I feel so relieved that Ted Lieu is being intelligent since I voted for him haha.

I live in the UK and if this internet history monitoring thing goes through I might have to stop coming to the Tek if I don't want to be be accused of treason against shit democracies.

Every time I see someone wearing that earpiece I imagine them violently morphing into agent smith.

is the vid out of sync for others on youtube?

It is okay on Chrome but if I watch it on any other browser it is messed up.

On Chrome I don't even see the opening thing with the Saw player.

I don't think that Woz prints his own $2 bills. He buys uncut bills, perforates them, and turns them into pads.

Since you don't read comments on YouTube I got lazy and copied and pasted what I said over there ..

"Awesome episode! Thanks for giving me loads of laughs with the puns and more. As for some of what Wendell talked about in terms of physics and whatever well it was beyond me but just having my mind try and understand what he was saying was probably a good mental exercise. Good luck with the move eh Tek Syndicate.﻿"

warloxx that was an awesome post you made. The solar roads do not make sense for the reasons you stated.

No Paypal on Epicpants.com? Never had a credit card and never had much desire to get one.

Well if your thoughts will be scanned when you walk into a store in 20 years, it is time to put some money into R and D for the Tek Syndicate tin foil hat...err....Magnito helmet...errr....Burning Earth bike helmet.

1:22:00 "Blam! Time mach... no, not Blam! Time Machine, Blam! Warp Drive." Later @wendell says "Time probably only goes forward." Which, I have also argued, previously. But here's the thing, the event recently witnessed, which was the first recorded gravity wave event happened ≅1.3 billion years ago, as stated in this video. But the event was observed within a week of this post. Now, with Warp Drive, we could have gone to that event, and come back to report it's happening 1.3 billion years before it could be seen actually happening.

Isn't that kind of like visiting the past? I mean, if Galifrey is so far outside the known universe that it's creation wont become apparent in their sky for billions of years, then the TARDIS only needs have a warp drive to go and visit what is, for it's creators, both ancient history and the future all at the same time. So a Warp Drive essentially is a Time Machine, in many respects. Okay, maybe it's a time machine in the same way that documentary silent film is, but still. it's time travel in both directions because you can go to our past to experience things we will see in the future, then come back to the past of your destination and report on it.

The major difference between a Warp Drive, and a TARDIS, as far as I can see, is that the Warp Drive is on rails, and can only travel in time relative to the distance it travels in space, where the TARDIS seems to be able to travel in time, or space or both to the same or differing degrees. So the TARDIS is an helicopter to the Warp Drives cable car. XD Or Wonkavator vs Elevator.

Wait? Why would anyone change the shape of Mars? The only planets that are perfect spheres are gas planets. And since they have no ground, you can't terraform them at all. But you can mine its atmosphere and sell the shipments to companies that sell hydrogen based products. Rocky planets on the other hand are way different. And speaking of terraforming, I reckon that we humans go condense the asteroid belt to make Ceres bigger. Then we can go on changing Ceres to make it habitable for us.

No, the alligator deaths should be an exception. Lol