Search before asking a question in the forum. The answer might be waiting for you. Feel free to blog about anything. For instructions on how to use the content creation tools, see the video on the left. If you are an author/ contributor to Tek Syndicate, hi.
Log into the Staff Area

I haven't watched the whole episode yet. I had to pause to find out if that version of 'Slay The Chopper' will be released (or maybe I'm crazy and that was the one on the album, in which case, my apologies). Seemed to be almost like a Live version of it somehow.

It's the third song. 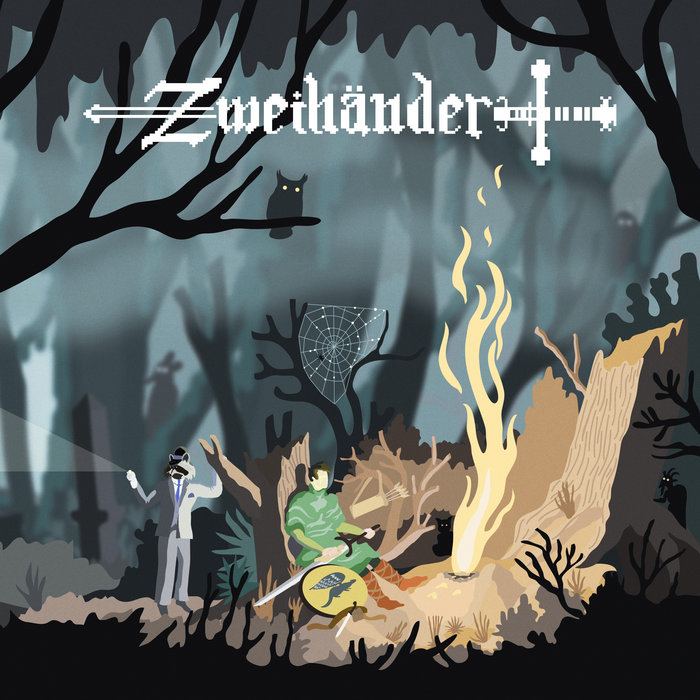 Dragons Must Be Lonely, by Zweihänder

holy shit @wendell 1:06:00 to 1:12:00, goddamn, now that was deep, I have heard from a lot of close people in my life that the definition you provided fits me to an extent, thank you man, really thank you.

Wonder where that section is in the uploaded version

Wow. Missed that completely. Didn't recognize it in the video and thought it was new or the first one. My apologies!

Hey @wendell, when do you think optimus support will get better. Do you think that nvidia is holding off on improving their drivers until they rewrite them for wayland/mir, I have an nvidia optimus laptop and I can say that the support for optimus is ok, until you want more than one monitor, the only reason it works on one monitor is because of a workaround as far as I can tell. However when I use my integrated graphics card, I can use multiple monitors, but that requires me to restart my laptop ): Also, its really sad that the Iam Murdock dies, hopefully the community will have many more talented people like him. RIP Ian

I'd buy a tek syndicate glass like the one on the right. Just saying. 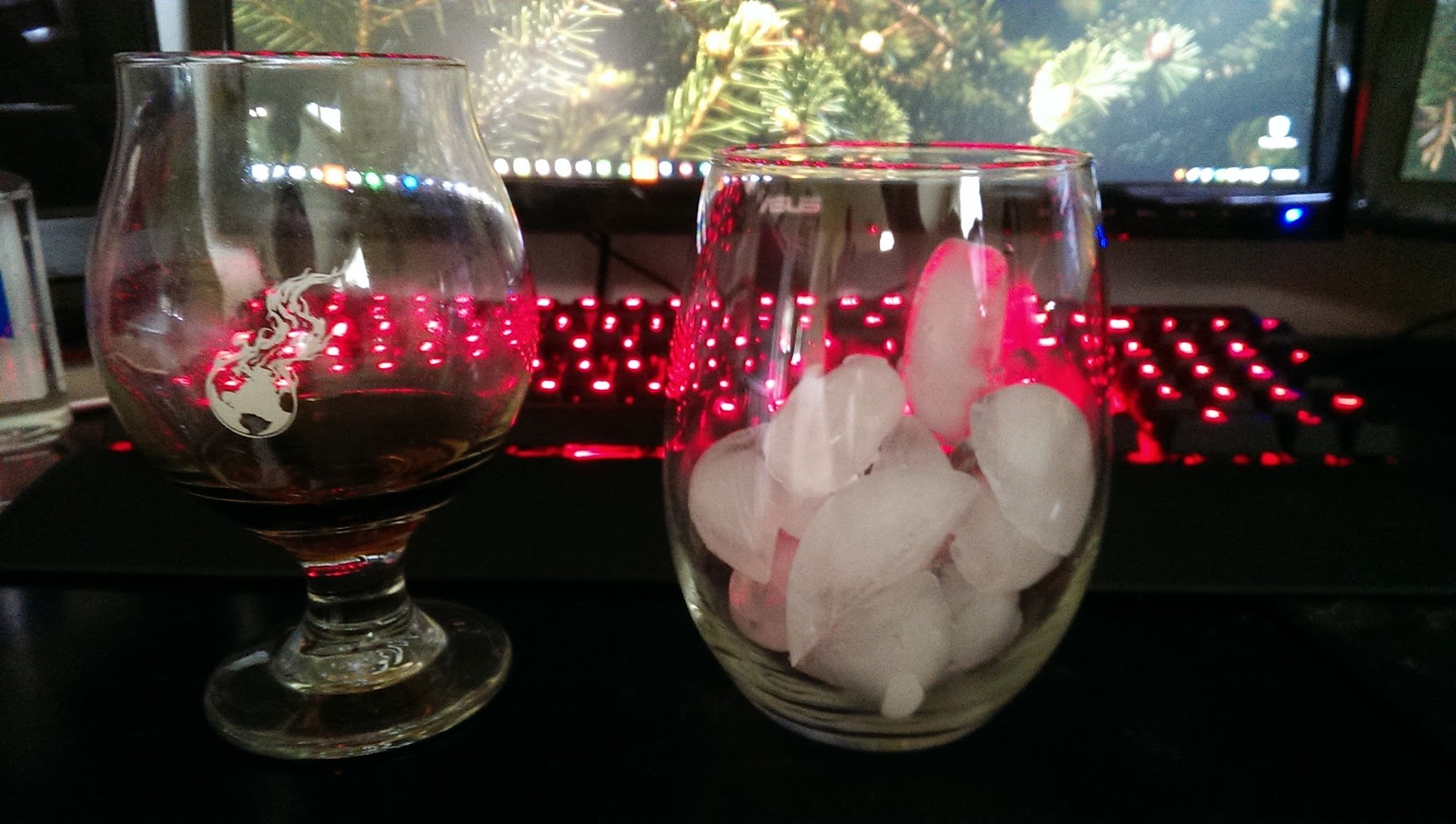 By the way, I hard that Khronos might release vulkan at CES

Saw this posted on a Stallman thread over at 4chan. 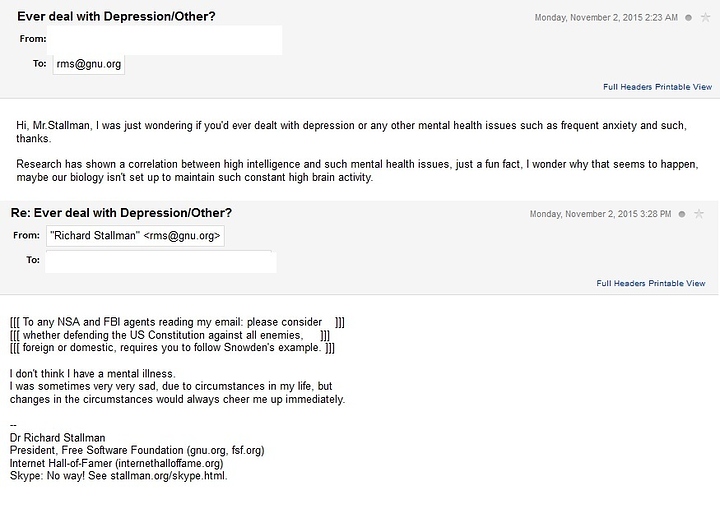 Super keen on Google Fibre doing well in the US so that other ISPs globally can take the hint and get out of the way so the rest of us can have decent internet. Australia is still rolling out our 'answer' to fibre, with a maximum bandwidth of 100mbs down/40mbps up. And while this is a marked improvement on what was previously available, it's still embarrassingly bad compared to what Google Fibre and even other US based ISPs are capable of rolling out currently.

Hey @Logan you should try Windex, it prevents streaking smirk

How'd the LEGO set get there on the shelf between the computer hardware behind Logan?

Thanks for having a New Year's show. Greatly appreciated.

So I noticed that @DeusQain is wearing a Pebble time some weeks back. Today I glimpsed the watch face he is running...

Yay it's the same as I'm running on my Pebble Steel. 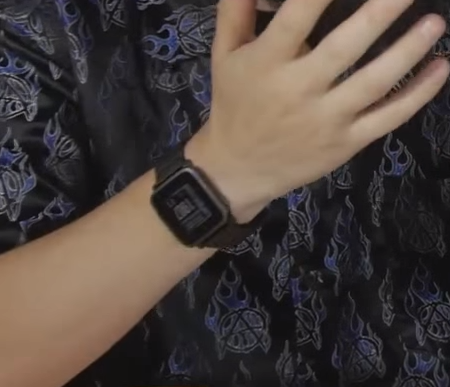 And my Pebble Steel with the same watch face. 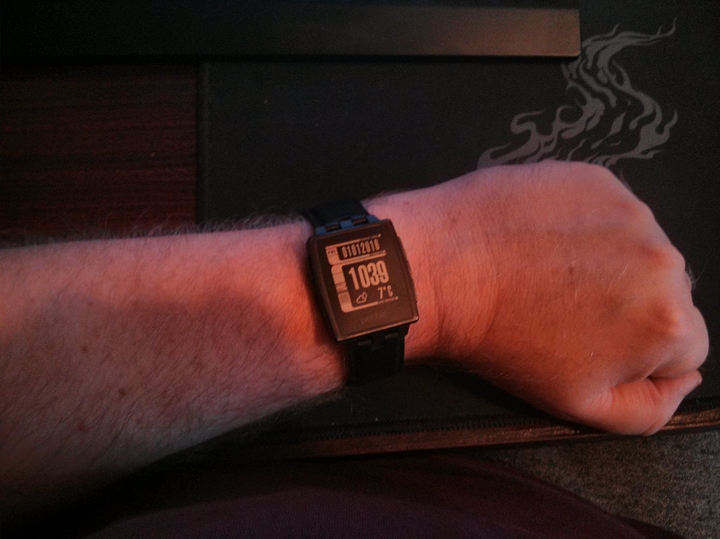 Anyone else with some Pebble love out there?

missed this one. Planning on watching it tomorrow (errr later today). Cant wait!

Got a 1st gen Pebble crazy useful piece of Tech. Use it at work all the time. When I am doing electronics repair my hands are full so I can see who is calling me and if it worth the time to put down my tools.

I also have it connected to my home automation system so if I don't have my phone or remote nearby I can still tweak it via the watch.

Same rules apply to anyone who wants to perform their best - to maintain high-performing faculties, you need to learn to recognize and then remove the negative influences from your attention. You basically train yourself to remain open to all impressions around you, just like @wendell mentioned when comparing high performing people to Data from Star Trek. In order to perform the feat, you need to learn to remove the negative impressions from your attention - anything that impairs those of your faculties responsible for achieving the goal.

The thing is, you need to feel perfectly safe (negatives removed) in your surroundings in order to drop your guard (open up to all impressions) like that.

This makes you extra sensitive to malice. Just like riding a bike at high speed makes you sensitive to uneven road, or someone shoving a pipe in your wheel to break your run. Sometimes, it is malicious jealousy or competition. Sometimes, people are just fantastically clumsy for a thousand reasons. Sometimes the road ahead may be just plain bad.

There will always be noise (negatives) in the impressions you need to take in. Sociopaths may find it easier to pass on the negatives without taking them in, which often makes them quite high-performing.

One needs to practice leaving the comfort zone to learn to pick themselves up each time after being shattered (as also wendell was in on).

Richard Stallman seems to me like a person who has learned to pick himself up well, and not fear life.

However, what happens when bad circumstances are prolonged, or have no reasonable end? Everyone can be pushed to a point at which they will either explode or implode.

Hoping to get clarity in what really happened with Ian.