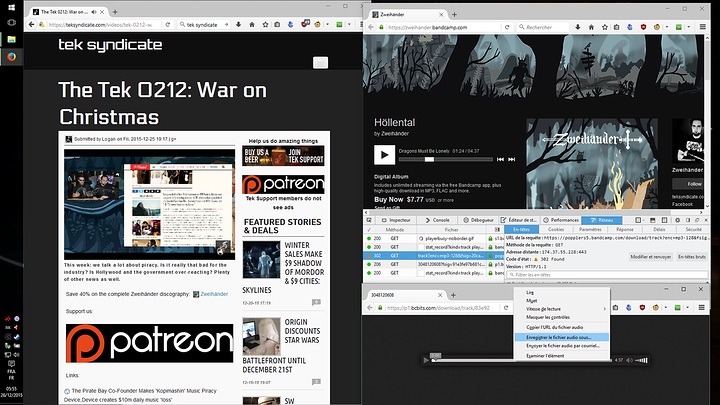 message from my wife: you are making her tired by looking so tired @Logan GET SOME SLEEP!

Lol... jet lagged. I woke up about 5 minutes before needing to film.

'Pretentious' is word that Logan could be seeking.

What's up with Wendell being absent from videos lately?

Logan answered this on the Youtube comments: Wendell has a family he is spending time with during the Festive Season.

I try to stay away from the youtube comments, but thanks for the clarification.

Interesting to hear Qain was on an assembly-line.

While in China it was impossible to get a good connection... also, it was usually the middle of the night for him when we shot... this week he has family stuff. Please don't worry.

Nah... it's a very rare word... it hasn't been used in regular conversation in many years.

Just wanna say that Life is Strange isn't what you think it is. It starts off as a game that makes you think your choices will matter, but in the end they don't matter at all. Writing is sometimes great and sometimes obnoxious. Too much teen angst. But overall it's fun and yes it's unique and really well done, especially the way that each episode ends with a beautiful musical montage. It's worth the asking price anyway.

Is that zweihander deal only available for a limited time?

I could tell Logan wanted to say something about Undertale. I saw the gears turning, I'm so curious about what he wanted to say for some reason.

On the epicpants distribution topic : amazon.uk's prime doesn't ship to many other places in the EU ? Didn't know about that, never ordered from there before. Go with amazon prime germany ? My 2 cents on the topic:

Nah. I mean, just speaking for myself here. I live in Belgium and have ordered from epicpants twice so far, both orders arrived in about a week. Shipping costs ''might'' hold EU people back, sure, i'm always broke so paying about the same for shipping as i would pay for another t shirt is a waste, and for these two orders i've gotten a freebie shirt with each one, which is real nice but i do feel kind of bad about it too...it's a free shirt, just like that... But go with amazon.de just for free shipping within EU ? I don't think they offer free shipping to countries outside germany anyway...not sure.
So, that being said, i don't mind paying shipping costs for US-EU, shipping is fast, even without a freebie i'd still order my epicpants stuff with the shipping costs, it's not thát pricey compared to ordering within EU actually.