GPT vs. MBR mismatch and dual-boot - best solution given where I’m at?

I’m preparing my wife’s machine for dual-boot between Ubuntu 22.04 and Win10, and got into an MBR/GPT conundrum. It’s a Coffee Lake system on an ASRock z370m mainboard. My intended procedure was the following:

Now I’m at step (4). After setting GRUB_DISABLE_OS_PROBER=false in /etc/default/grub, as we apparently have to do nowadays, update-grub still doesn’t find the Windows bootloader.

I believe I found the cause: It turned out the Windows drive was formatted using a DOS disklabel, while the Ubuntu drive had a GPT label:

Why this happened I don’t know. In addition to not finding the Windows disk, update-grub also gave me this message:

Having MemTest86 in the menu is handy, but not critical.

Or is it rather recommended to use GPT for both disks (I guess that would require re-installing Windows)?

Or alternatively, can I get around the problem with booting Windows entirely without re-labelling disks, by some kind of chainloading?

Once grub is booted in UEFI mode, it can’t run BIOS/MBR executables.

I suggest you reinstall Windows, and be careful to boot the installer in UEFI mode, perhaps by disabling legacy or compatibility mode in the firmware settings. Once an installer has been booted in BIOS/MBR mode, it can’t do a UEFI install, and vice versa. Then, run sudo update-grub in Ubuntu, and it should find Windows.

Yes it’s possible on drives 2TB in size and below.

if you can switch your uefi back to bios… some older boards have the option.

i dont have the option to switch back to bios rather than uefi.
but the hard drive was formatted for mbr and had little to no effect on the system or its booting.
when i realised and though it would be a benefit i tried it, it worked. couldn’t see a difference

ubuntu i have no idea how to convert it or even if its possible.

Once grub is booted in UEFI mode, it can’t run BIOS/MBR executables.

Yes, interestingly both installer images booted from the same Ventoy-formatted USB stick. Although I switched boot drive from CMOS in between, maybe it had unexpected side effects (CSM is on).

if you can switch your uefi back to bios… some older boards have the option.

I might go for that potentially non-destructive conversion method as a first try, and try to convert the Windows disk. Both installs are new so there is really nothing to backup, only a matter of saving time.

Google suggests I can non-destructively switch the Linux drive to MBR too. But its probably better in the longer term to go full UEFI, and I’ll have MemTest86+ on a nearby stick anyway.

Looking for a quick fix for this.

I want to set all my IPs via dhcp, but I realized virtual dummy interfaces always generate random MAC addresses. I need to set a MAC address manually, but the constraint is that I want to only use the ip command. From what I’ve read online, it looks like the command would be something like this:

But I am getting

Anyone aware of why this is? Should I not use a dummy, but a macvlan interface?

Ignore this. Apparently ab:cd is not allow. If you use 00:00:anything:else, it works.

Anyone got ideas - google hasn’t returned anything helpful

Did google change it’s Signing certificate ?
I am … so confused … 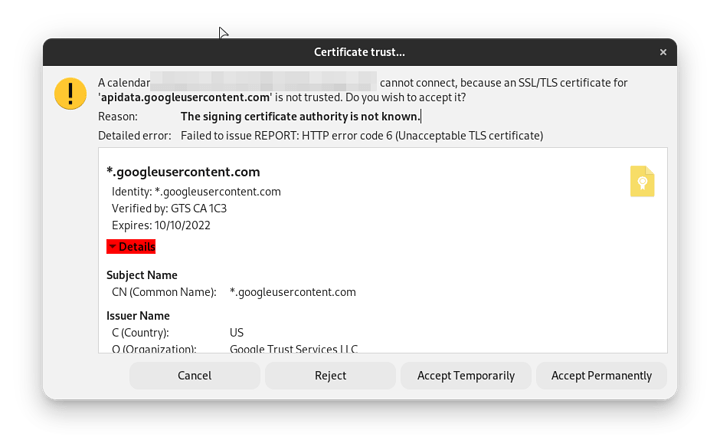