I need help with regards to Ryzen 5 2400G + Gigabyte AB350N Gaming WIFI. I run into trouble with the graphics driver.
After installing all chipset driver, I went ahead to install the graphics driver that was found from Gigabyte’s site. However my screen turns black and shows that there is no signal from the output. I’m using a HDMI to DVI converter as I don’t have a spare HDMI cable.

graphics driver that was found from Gigabyte’s site

Don’t do that. Just use the stuff directly from AMD.
Also, get a proper HDMI cable. They are cheap.

Yeah I just found out how stupid it was to not to use the dedicated cable. I had to rip out the cable of my sister’s to test and it was the cable’s problem all along!

AMD 12nm Zen+ based Ryzen 5 2600X was shortly spotted on Amazon Germany, the proc was listed in all its glory including an availability date of April the 19th. ...

Is there any reason to update bios on msi b350 tomahawk? Latest release was 3/12/18 and has agesa 1.0.0.1a. can’t seem to find a changelog of the new agesa update except for basically new processors. Is there any changes/fixes for the 1st Gen ryzen processors or anything?
@wendell you got any info?

and now its looks like ive found this. you would think that would have been resolved. Maybe AMD isnt like Intel Chipset RAID where any non RAID drives just work in AHCI or NVMe. Seems like once the drivers are installed it only detects RAID array or Drives in RAID. Any input from someone who has dealt with this before would be great.

Anyone see this yet? From the looks of things the zen+ refresh might be more interesting than I had originally expected. Obviously taking all this with a grain of salt, as these are just leaks and rumors for now.

A good product optimized to be a little better in every way.
Typical second gen, think Sandy Bridge.

Speaking of Sandy Bridge, in April we might see people upgrading from a 2600 to a 2600. xD

For the people wanting to update the price cuts to clear stock has begun.

Those prices have basically been in place for a while, I think.

I might try to pick up a 1200 for supercheap, like 60 to 70 Euro, because I still have a passive RX460 around that would make for a nice little HTPC. Also not a bad thing to have to update any first gen board.

Has anyone gone passive cooling on Ryzen?

Well, I won't be able to passively cool my RX 480 - but it has a passive mode and the fans only spin while gaming. BUT my CPU Fan is pretty much...

Sounds like Passive might be just out of reach, but if you were to do a beefy cooler that you could just spin at 500rpm, it would be about as close to silent as possible.

That thread is about a gaming oriented approach. Mine would be more straight up HTPC and maybe retro/light gaming. But thanks.

I am thinking more of underclocking/undervolting the CPU and putting something stupidly huge on top of it. Should be doable.

I think it’s doable then. If you do this, please report your findings. (a 2400g or whatever might be a candidate as well)

a 2400g or whatever might be a candidate as well

Yeah but since my adventure with the APU in my laptop is still in progress and I already have a passive polaris solution, I would prefer to go classic Ryzen.

Sounds like Passive might be just out of reach, but if you were to do a beefy cooler that you could just spin at 500rpm, it would be about as close to silent as possible.

I’m talking about something with more thermal mass so it can handle spikes of heat load better.

The latency improvements are the big one in my opinion. Should help a lot with TR and it’ll be interesting to see if the trend of improvement continues with zen 2. The memory speed is a big one too, especially for gamers. I remember seeing somewhere that a 1700 at 4 with 3600mhz ram was virtually identical to a 7700k at 5ghz with a 1070 or 1080. Not a bad refresh!

I think it’s doable then. If you do this, please report your findings.

I am playing around with ideas for parts that I already have…
It wouldn’t be a completely fanless system but I could get away with buying very little.

… why do I have to be such a hardware whore?

And Videocardz has this story: 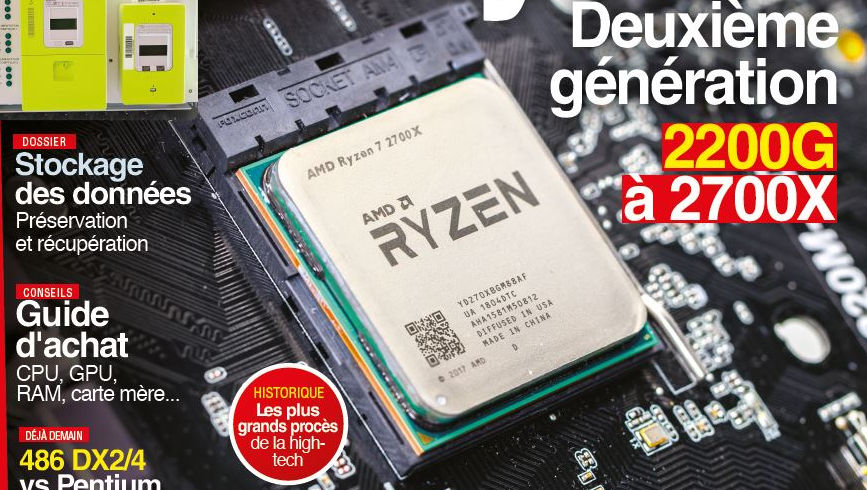 AMD Ryzen 2000 AMD Ryzen 7 2700X review before launch Heads up to those in France. On Monday everywhere in France (and on Saturday in Paris) a new issue of CanardPC Hardware magazine will be available. This magazine will feature two Ryzen 2000...

I guess we are up for round two. 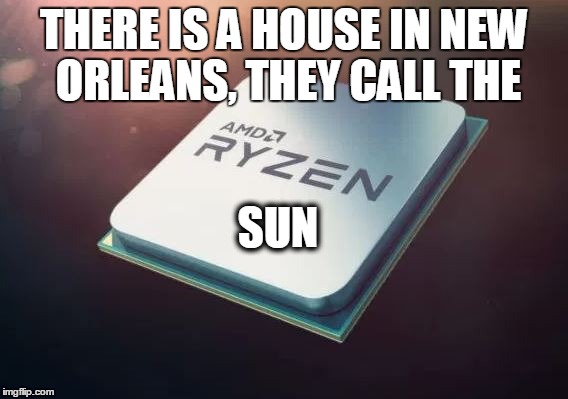 Also, from the comments of the Videocardz article:

The whole thing could be an early april fools but maybe not. Would not be surprised by these results, a bit higher consumption for the higher clocked models but overall still pretty moderate for 8c/16t parts.

Also found this on AMD’s facebook page, some of these look really nice. 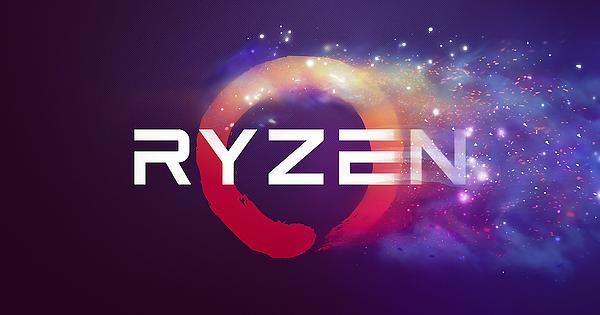 AMD Ryzen benchmarks keep making their way to the internet and with the release getting closer day by day we now have a leaked AMD Ryzen 2700 benchmarks. This is the non-X version so there is no XFR. Here is what you need to know.