The petition was started by a female stating that:

We the undersigned are presenting our names in solidarity against the decision of EA Games and DICE to include Anita Sarkeesian in any aspect of the game development of Mirror's Edge 2. Our reasoning follows as thus:

Anita Sarkeesian has no credibility or experience in game development. She is merely a self proclaimed critic and her opinions should offer no sound foundations in the development of this or any game. She has no experience in the industry.

Anita does not speak for gamers, female or otherwise, on the difficulty or appeal of games. She only offers personal insights catering to her own agenda. In fact, she went so far as to say that women needed a whole new "simplified" control set for this game, based on her personal experiences, passing them off as the opinion of the female gaming community.

In the past, Anita has even spoken against her status as a gamer, only to rebut her stance to serve her own purposes.

We are not against strong portrayls of women in video games, but believe that consultations on games should be given by more credible and experienced sources. We agree with Anita's right to voice her opinion on any subject matter she sees fit, however we do not agree with her input on a professional level and do not want to see the game we love influcened by ignorance. 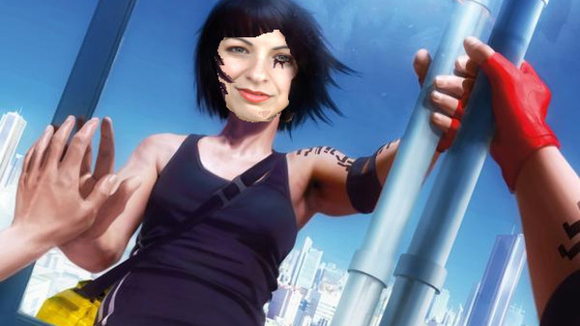 I should preface my comment by stating I'm not a dedicated 'gamer', but, I appreciate the computech that goes with it.

I guessing the appointment of Anita Sarkeesian, amounts to no more than the 'censorship' (or vetoing) of certain aspects of gaming content (in essence, she is deciding what the gamers should be viewing, and this becomes the thin edge of a larger wedge, both in gaming, and the internet in general)

i would be more effective to just not buy the game.

it would be more effective not to buy the game, but it is more of a warning that we will not support this bull shit before the games media can put a spin on it.

Well said from the folks at Mirror's Edge 2.

Though I do admit that refusing to buy the games that EA shits out is a way more effective method of displaying one's displeasure.

Seriously.. and the thread title should read something along the lines of "40,000 angry gamers join together in an ignorant solidarity to get Anita Sarkeesian fired from a job she does not have."

It's a PR stunt. EA is that stupid.

She's a spearhead of the feminazis. You know the ones who talk about that scientist with the skanky dress shirt that a female made or about bayonetta 2, even though a female designed it. She's a tele-seminair kook not a feminist or gamer.